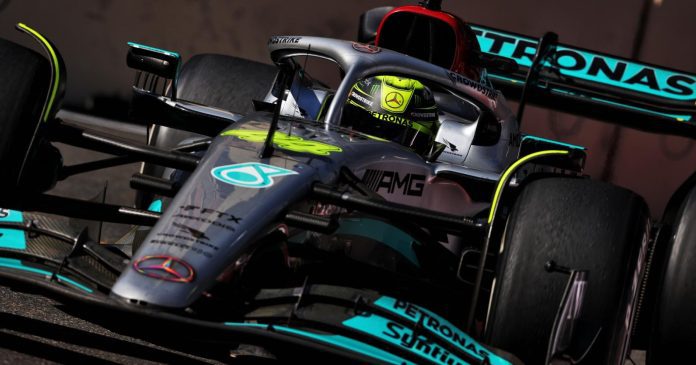 The 2023 season is proving to be extremely interesting from a technical point of view, even before the first launch of the new single-seaters. Not necessarily because of any rumours regarding specific solutions adopted by the teams which could reveal the secrets of their respective projects, but more so because of the hypothetical performance of the cars this season.

We are referring to the aerodynamic performances, which will be affected by the introduction of the new rules for ride heights as well as increased control of the plank and floor flexibility, along with side ground clearance, which should initially have been lower than 2022.

In practice, it was assumed that would result in a loss of downforce load, between 12 and 15 percent, with the teams aiming to recover these values ​​by the start of the second half of the season.

The reduced values ​​of downforce, however, would have contributed further to the cancellation of the porpoising. This phenomenon is induced all the more by higher loads produced by the floor which, combined with low ride heights, causes the structure of the underlying flow to break up, triggering the jolts.

Will similar downforce levels be achieved?

With partial surprise, we learned from various aerodynamicists that the initial load values ​​produced will be equivalent to those at the end of 2022. In practice, despite only being in the definition phase of the aerodynamic projects of the new cars, the teams were able to negate the loss of downforce expected from the enforcement of the new regulations.

Furthermore, it’s interesting that the additional downforce points are expected to be obtained already in the first developments, i.e. anticipated for the first races immediately after the tests in Bahrain.

This is an important fact in the economy of the next championship, in terms of reshuffling the teams’ pecking order. In practice, with the increase of downforce it is plausible that the phenomenon of porpoising, despite the countermeasures of the regulation, can again manifest itself in the 2023 cars.

In essence, the cars that had been particularly afflicted by it last season could find themselves facing the same problem, especially if teams kept the same design features in anticipation of the aerodynamics loads being lower.

It is clear that the above points could relate to Mercedes, where, it seems, the aerodynamic concept of the W14, at least apparently, will not differ much from the previous one. Obviously these are speculation for now, but if they were confirmed by the facts, one could definitely imagine which concepts will be favoured and which will be penalised more…

How the marriage between McLaren and Ricciardo could fail so badly