It looks like two of the best Wii exclusives will get a PC port soon. Recently discovered game ratings for the first and second No More Heroes games by the Entertainment Software Rating Board leave very little room for speculation. 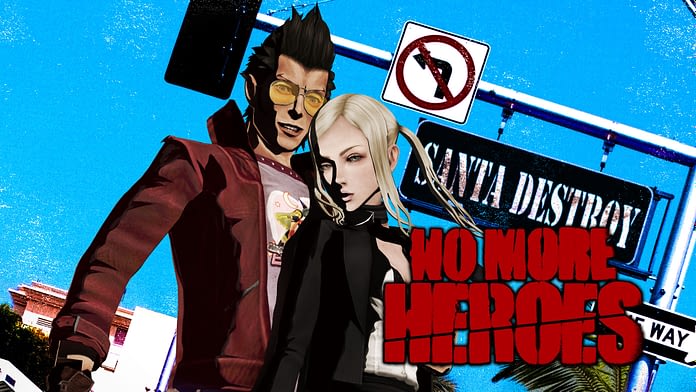 The Nintendo Wii might have gone down in history as a gaming platform for casuals. Thanks to the easy-to-pick motion controls and waves of shovelware games, there is some truth to that. But the reality is, there are dozens upon dozens of excellent core gaming experiences, too.

Not only that, but entirely new IPs made their debut on the Wii. One of which is No More Heroes and its cult protagonist Travis Touchdown. The brainchild of Grasshopper Manufacture and Goichi ‘Suda51’ Suda, the over-the-top action-adventure were one of the best Wii exclusives.

Despite the large success, neither of the two No More Heroes games made it to the PS3 or Xbox 360. Understandably, since motion controls were an inherent part of the gameplay. Something that none of the other consoles featured for every owner right out of the box.

A spin-off title called Travis Strikes Again: No More Heroes came out last year for the Switch, PS4, and PC. Switch owners ultimately got ports of the Wii games this October. But gamers on every other platform were left empty-handed.

Thanks to the new ESRB ratings, this will probably change soon. Not one but both Wii No More Heroes entries got a rating for PC. That’s pretty conclusive that a PC release is happening soon.

But it doesn’t mean that other platforms are left in the dust either. It could very well end up that No More Heroes 1 & 2 will receive console ports as well. Since the games are several generations old, there’s a good chance of a Switch release as well.

As usual with leaks, stay tuned until official confirmation.

Review: Hitman 3 is the peak of the trilogy

Bethesda ‘might’ be teasing the location of The Elder Scrols VI...

Inheritance Tax UK: How grandparents can gift an ‘unlimited amount of...

SEISS: How many self-employed grants are there, and will there be...

EXCLUSIVE Nikki Manashe tells how her ‘heart is breaking’ after losing...

Hair loss treatments: What are the best natural remedies to prevent...

The Fortnite Galactus Event Was Fine