The U.S. co-ordinated the penalties with the European Union, which already had imposed sanctions against a small number of Russian officials in Navalny’s case.

The Biden administration also announced sanctions under the U.S. Chemical and Biological Weapons Control and Warfare Elimination Act for 14 businesses and another enterprise, most of which it said were involved in the production of biological and chemical agents.

Tuesday’s sanctions are the first against Russia by the Biden administration. They would be the first of several steps that aim to “respond to a number of destabilizing actions,” said an administration official, who briefed reporters on the condition they not be identified further.

The Biden administration has pledged to confront Russia’s President Vladimir Putin for alleged attacks on Russian opposition figures and hacking abroad, including of U.S. government agencies and U.S. businesses.

Former U.S. president Donald Trump had spoken admiringly of Putin, and resisted criticism and many proposed penalties of Putin’s government.

Today, the U.S. imposed sanctions on Russia for attempting to assassinate Aleksey Navalny with a novichok nerve agent. Any use of chemical weapons is unacceptable. We stand with our EU and UK partners to counter Russia’s actions and in calling for Mr. Navalny’s release.

The 27-nation European bloc imposed bans on travel and froze the assets in Europe of Alexander Bastrykin, head of the Investigative Committee of the Russian Federation; Igor Krasnov, the prosecutor-general; Viktor Zolotov, head of the National Guard; and Alexander Kalashnikov, head of the Federal Prison Service.

Among those blacklisted by the U.S. Treasury Department were Alexander Bortnikov, director of the FSB; Andrei Yarin, chief of the Kremlin’s domestic policy directorate; and deputy ministers of defence Alexei Krivoruchko and Pavel Popov.

For its part, the Biden administration had foreshadowed potential actions against Russia for weeks. 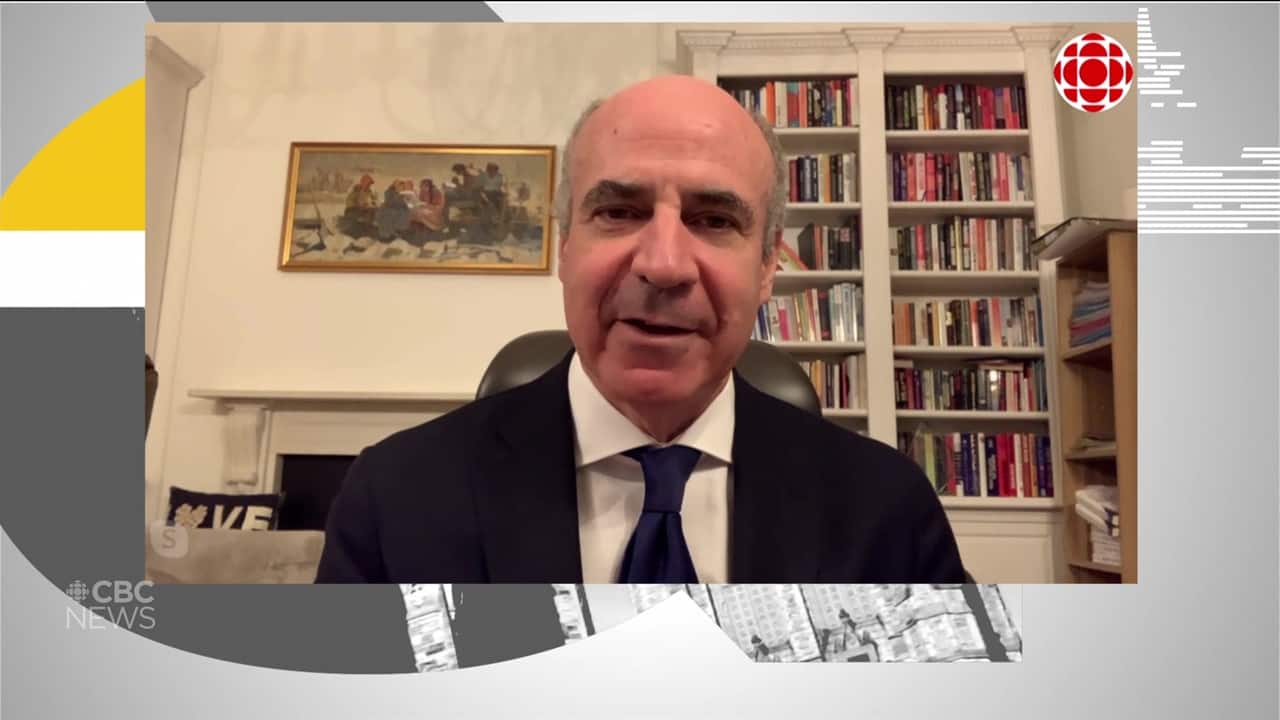 “I’m perplexed and I should say disappointed that Canada is not pulling its weight among the international community right now”: Bill Browder, head of the Global Magnitsky Justice Campaign, joined Power & Politics Tuesday to discuss the new U.S. and EU sanctions on Russian officials over the poisoning and subsequent imprisonment of Russian opposition leader Alexei Navalny. 1:59

Besides the Navalny sanctions, officials have said the administration plans to respond soon to the massive Russian hack of federal government agencies and private corporations that laid bare vulnerabilities in the cyber supply chain and exposed potentially sensitive secrets to elite Kremlin spies.

Russian Foreign Ministry spokesperson Maria Zakharova on Tuesday denounced the new U.S. sanctions as part of its “meddling in our internal affairs.” In a statement, she said it was not something that Russia would tolerate and noted that “we will respond in kind.”

“Attempts to put pressure on Russia with sanctions or other tools have failed in the past and will fail again.”

“I’m perplexed and I should say disappointed that Canada is not pulling its weight among the international community right now,” Browder told Power & Politics host Vassy Kapelos.

Navalny, 44, was sickened by a nerve agent in an attack that the United States and others linked to Putin’s security services. After months of recuperation in Germany, Navalny flew home to Moscow in January and was arrested upon arrival for an alleged parole violation.

Authorities have transferred the opposition leader to a penal colony outside of Moscow to begin serving a sentence of over two years in prison for an embezzlement conviction, in what rights groups said was a show trial.

Agnes Callamard, the Special UN Rapporteur on extrajudicial, summary or arbitrary executions and Irene Khan, the Special UN Rapporteur on the promotion and protection of the right to freedom of opinion and expression, said the poison attack was intended to “send a clear, sinister warning that this would be the fate of anyone who would criticize and oppose the government.”

The experts emphasized in the letter that Navalny “was under intensive government surveillance at the time of the attempted killing, making it unlikely that any third party could have administered such a banned chemical without the knowledge of the Russian authorities.”

Russian officials have dismissed demands from the United States and the European Union to free Navalny and stop the crackdown on his supporters.

Mikhail Galperin, Russia’s deputy justice minister, said Monday that Moscow has contested the European Court of Human Rights’s ruling demanding Navalny’s release, in the form of a letter sent to the Strasbourg-based court.

LISTEN | Who is Alexei Navalny?

Tens of thousands of protesters took to the streets of Moscow, St. Petersburg and across Russia to demand the release of prominent Kremlin critic Alexei Navalny this past weekend. Police used force to break up the protests and detained more than 2,500 people. Navalny is best known for his anti-corruption investigations and was recently the subject of an assassination attempt. After recovering from his poisoning in Germany, Navalny returned to Russia only to be arrested and imprisoned in Moscow. CBC Russia correspondent Chris Brown talks to host Jayme Poisson about the growing movement in support of Navalny, and whether it might actually challenge President Vladimir Putin’s hold on power in Russia. 21:01

Got fine hair? Just changing the way you shampoo can make...

How to Get Food Coloring off Skin

Rossi: Charles Leclerc can win with Ferrari in better car

How To Get Started In Norse Survival Game Valheim