Ex-F1 driver Juan Pablo Montoya feels the chance was missed to tame the aggressive driving of Max Verstappen early in the season.

On his way to the 2021 World Championship, Verstappen and title rival Lewis Hamilton were at several times involved in on-track controversy, with the aggressor in any such situation more commonly proving to be Verstappen.

Track limits became the main topic of debate, with the races in Brazil and Saudi Arabia proving the most controversial as Verstappen had got his elbows out and tested the policing of where the race track ends.

Verstappen did not receive a penalty in Brazil after guiding himself and Hamilton off the track to keep the lead, but in Saudi Arabia, he was ordered to yield position to Hamilton several times, and received a five-second time penalty.

Montoya then feels as though the ‘let them race’ approach went too far, leaving the stewards with their hands tied over how to react to Verstappen’s driving style, and Verstappen confused as to what was acceptable. 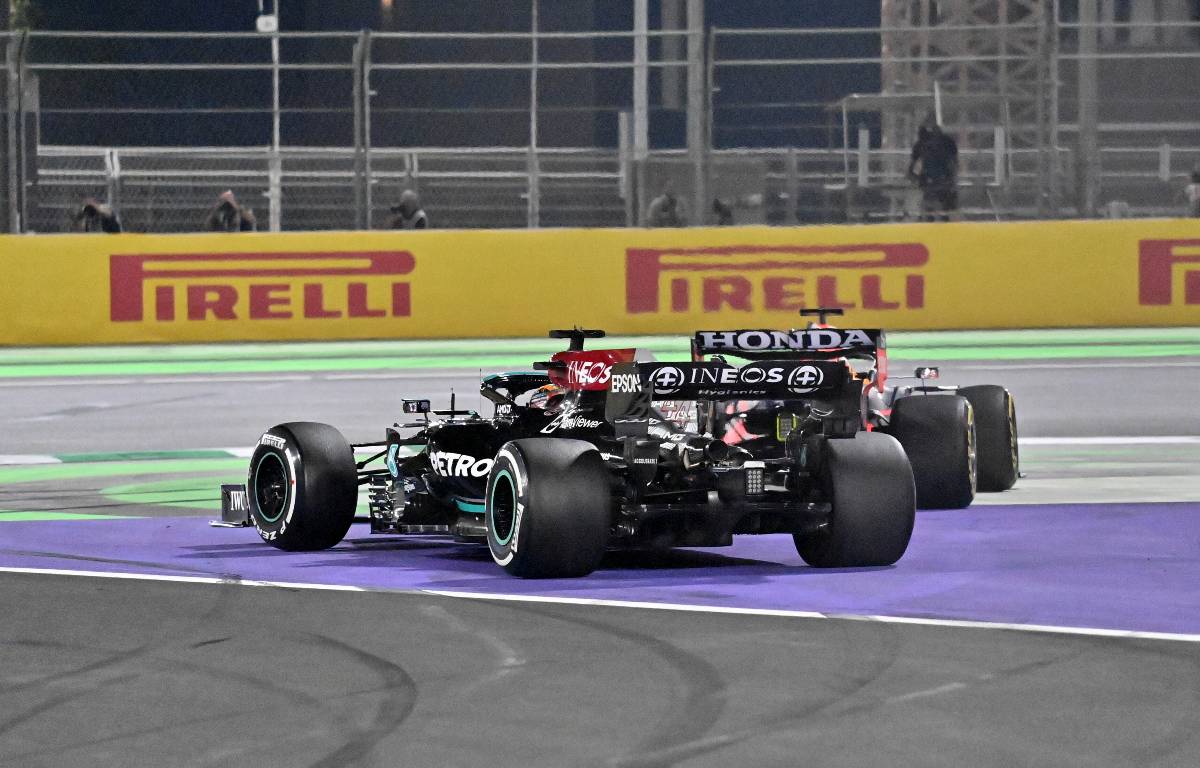 Speaking to Motorsport.tv, Montoya said: “I think Max was super aggressive at the end of the year and, in my opinion, maybe a little too aggressive. And he got away with it.

“When you start getting away with it, you start questioning when you get a penalty for something like, ‘Why am I getting penalised for this if what I did before was OK?’

“I think the stewards put themselves in that position by not being more aggressive with him earlier in the year.”

At the final race in Abu Dhabi it was Hamilton who took advantage of the run-off areas though, leaving the track as Verstappen attempted a pass down the inside and rejoining still as the leader.

The stewards did not launch an investigation, stating that Hamilton had returned the time that he gained.

But Montoya felt that Verstappen had left Hamilton with nowhere to go thanks to that lunge, and so said it was a “50/50 call”.

“I think if Max would have tried to give him a little bit of room, he wouldn’t have given Lewis an excuse to miss the corner,” Montoya stated.

“He did force Lewis to run wide, he went really deep on the brakes. Lewis tried to avoid it and, by trying to avoid it, he could stay ahead.

Both Hamilton and Verstappen went into their Abu Dhabi title-decider level on points, and heading into the final stages Hamilton looked to be on his way to an eighth World Championship.

A late Safety Car changed all of that though, with Verstappen then passing Hamilton on the final lap as the track went green, after pitting under the SC for fresh soft tyres.

Montoya felt that Hamilton and Mercedes were too conservative, not only during the Safety Car period, but also earlier in the race when the Virtual Safety Car was deployed, at which point the same choices were made – Verstappen pitted, Hamilton did not.

“I think Lewis was way, way too conservative there at the end. He knew he had to finish the race and, if they crashed, Max would get the championship,” said Montoya.

“At the end of the race, Mercedes were so afraid of getting involved with Red Bull, they made some strategy errors there.

“It’s very easy to judge from the outside but, when you had the Virtual Safety Car and Max pitted the first lap, they could have come in the next lap because they were still under VSC.

State pension: How to find out how much cash bonus you’re...

Five teams who could sign Isco after January transfer snub |...

Magic: The Gathering’s Universes Beyond Expands Into The Upside Down With...

Savvy saver explains the ‘key to saving’ money as he amasses...

BigBrain aims to bring live mobile trivia back to glory –...