As a kid, Batman Forever was one of the first times I had to grapple with a harsh truth: The things I like can also be bad. Deep down I knew the film was awful, but I still lied to myself by suffering through the even worse Sega Genesis game, and I even got the film’s Batmobile for Christmas (okay, that was actually cool). However, these new figures of Val Kilmer’s Batman and Chris O’Donnell’s Robin courtesy of Sideshow Collectibles are so good, they almost fool me thinking Batman Forever isn’t so bad by association. Almost. 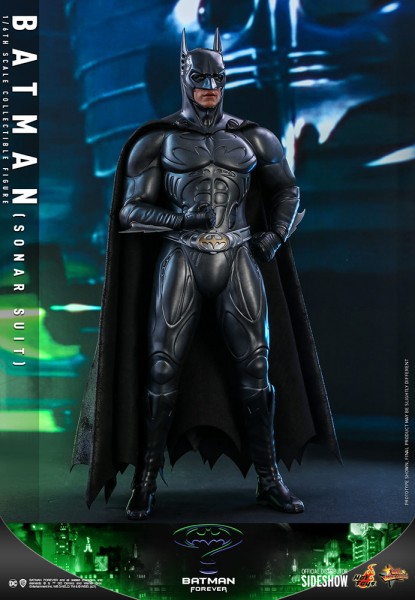 Kudos to The Nerdist for pointing these out. First up is Batman, who is rocking the Sonar Suit. He measures up at 32 cm tall, features 30 points of articulation, and comes with 9 interchangeable hands. Of course, he also has gadgets, including the sonic batarang and bat clamp launcher. Batman even has his bat sonar lenses that can be attached to the head. 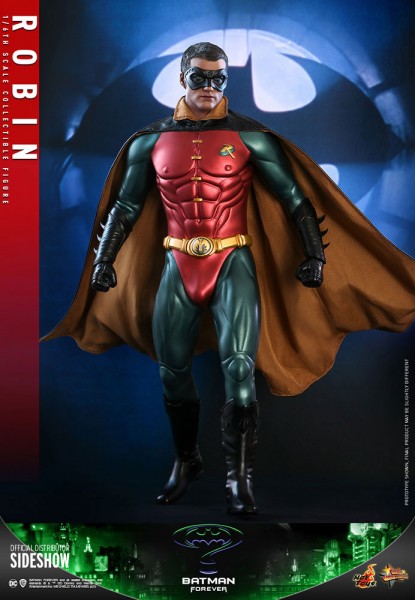 Everyone’s favorite Boy Wonder measures 30 cm tall, boasts the same amount of articulation, and has 6 interchangeable hands. Robin’s lacking in the gadget department, but he does have his suit nipples, which is the attention to detail that really matters for a Joel Schumacher-era Batman figure.

You can pre-order both right now, with Batman going for $255 and Robin at $245. Don’t worry about making space for them any time soon, though. The estimated arrival for both is between April and June of 2022. You can check out more photos and stats by visiting Sideshow’s website. You can also check out other cool Sideshow figures we featured previously, including those based on Critical Role, Insomniac’s Spider-Man, Kojima Productions’ Ludens mascot, and Rogue One’s Death Trooper. For a more personal perspective on the hobby of figure collecting, our own Liana Ruppert wrote a wonderful piece about what the hobby means to her.

Indie Watch: Smaller Games Worth Keeping An Eye On

Almost 1,000 Activision Blizzard Employees Sign Open Letter To Leadership, “We Will Not Be Silenced”

Kim Kardashian Is ‘Freaking Out’ After ‘Bridgerton’ Connection Is Revealed

U.S. reuniting 4 families separated at Mexico border in ‘beginning’ of...

More Than Just Dots On A Map: The Challenges Behind Open-World...