Cyberpunk 2077 developer CD Projekt Red has revealed that its upcoming remake of The Witcher will be open-world.

This news comes by way of a quarterly financial call held yesterday by the company in which CDPR briefly touched on this remake being handled by developer Fool’s Theory, as reported by VG247.  While not much was revealed, CDPR did reveal in the slide pictured below that Codename: Canis Majoris, which we now know to be The Witcher Remake, will be a “story-driven, single player open-world RPG” and a “modern reimagining of 2007’s The Witcher.”

This might come as a surprise because that 2007 game wasn’t open-world and instead took players through small hub-like levels in the city of Vizima. 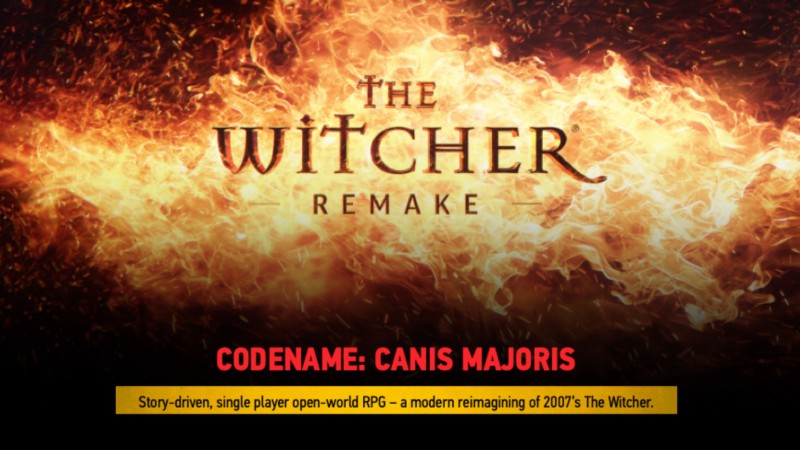 Unfortunatley, this slide is essentially all that was revealed in regards to The Witcher Remake. It might be a while before we learn more about this remake, too, considering that CDPR told fans to “please be patient” because “it’s gonna be a while until we can share more details” when the company announced this game last month.

The Witcher Remake is just one of multiple projects in the works at CDPR. Last month, the company revealed it was developing a brand new Cyberpunk game, multiple new Witcher games (including this remake), and even a new IP under the codename “Hadar.”

Are you excited that The Witcher Remake will be open-world or do you wish it was more like the original? Let us know in the comments below!