News and pictures from the design sector

The creation of the lab will provide a substantial increase of space dedicated to innovation: jumping from the 300m2 currently used for technical offices and a test laboratory, to incorporate an additional 1,400m2. The Lab will comprise a new prototype laboratory, a material library, training spaces and a fully-equipped photo studio.

The works are taking place during the wider renovation to the Treviso headquarters, and are scheduled to be completed in the first half of 2021. Arper says the Lab will be built in a sustainable manner through careful reuse of the existing building, and as part of its ongoing commitment to becoming a sustainable company.

The Arper Design Lab will be dedicated to Arper founder Luigi Feltrin, who passed away in April 2020 from complications due to catching Covid-19, and his ‘unshakeable determination to always create, build and evolve values’.

Feltrin’s son, co-founder and current president and CEO of the Arper Group, Claudio Feltrin, said, ‘Sustainability is a strategic goal. Ambitious visions and actions, and organisational and cultural changes are the fundamental conditions for the evolution of a company that is committed to adopt and make sustainable processes, production and collections.’

He continued: ‘The investment will help Arper reduce the time needed to present new products to the market and anticipate trends, test the aesthetic and qualitative efficiency of the new collections.’
arper.com 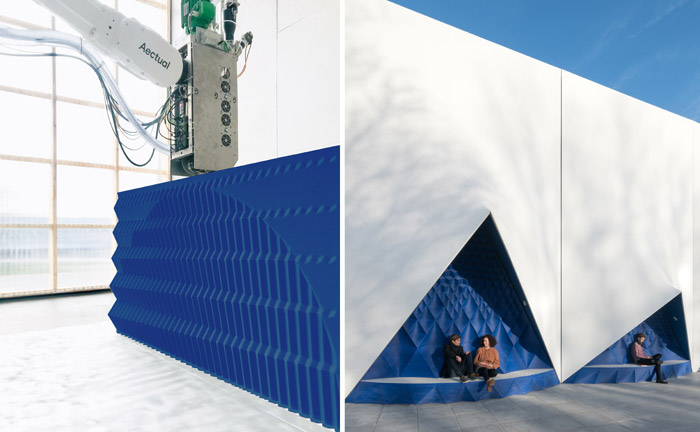 At CES 2021, Aectual, a worldfirst platform for the rapid production of 100%-circular, bespoke 3D-printed architectural and interior products at industrial scale, announced the global beta launch of its design-to-delivery platform and commercial web shop for consumers.

Aectual’s large 3D-printed products range from full buildings through to facade cladding, wall panelling, terrazzo-style flooring and columns, to interior products such as room dividers and planters. The products are made from 100%- circular, sustainable recycled and renewable materials.

Through the new design-to- delivery service, the cost of custom-made products is reduced by 50%, and the process can be up to 10 times faster, while reducing waste and CO2 emissions. Architecture, engineering and construction professionals are invited to sign up for the enterprise beta version online.
aectual.com

The British Institute of Interior Design (BIID) has released the results of its first survey on diversity in interior design, carried out between September and December 2020 across the UK. The study aimed to understand the make-up of the UK’s interior design sector in order to move towards a more diverse and inclusive profession in the future.

Some of the key findings were that while 69% of those completing the survey were white, the balance shifted to 78% white, 10% Asian and 6% black at a senior or head-of-studio position, showing the lack of ethnic minorities in senior positions. 37% of recipients also answered that they had been the victim of some form of discrimination in their profession and/or place of work due to their race or ethnicity.

BIID also researched the diversity of BA and MA interior design students at UK institutions, and analysed employment patterns post-graduation. The findings showed an above average proportion from an ethnic minority background (29%, over the average of 23% for all UK students), but revealed ‘attainment gaps’ and poorer outcomes for students from ethnic minorities after graduation. The survey is available to read in full on the website.
biid.org.uk

The inaugural Workspace Show will take place on 4–5 November 2021 at London’s Business Design Centre, with a theme of ‘redesigning tomorrow’s commercial interiors together’.

In advance of the November event, the show will be hosting a ‘Spotlight Series’ of debates. The first event was ‘Spotlight on Sustainability Standards’, which took place on 17 March via Zoom. The debate discussed BREEAM, LEED, WELL and WiredScore, as well as the new IMMUNE standard, and asked how they help to achieve building quality. Moderated by Helen Parton, the panel included: Georgia Elliott-Smith, UN special junior envoy for youth and the environment, and managing director of Element 4; Kate Vine, principal at Perkins + Will; Natasha Bonugli, global principal of design at Unispace; and May Fawzy, founder at MF Interiors.
workspaceshow.co.uk

Fedrigoni poster campaign relaunches to raise money for the NHS 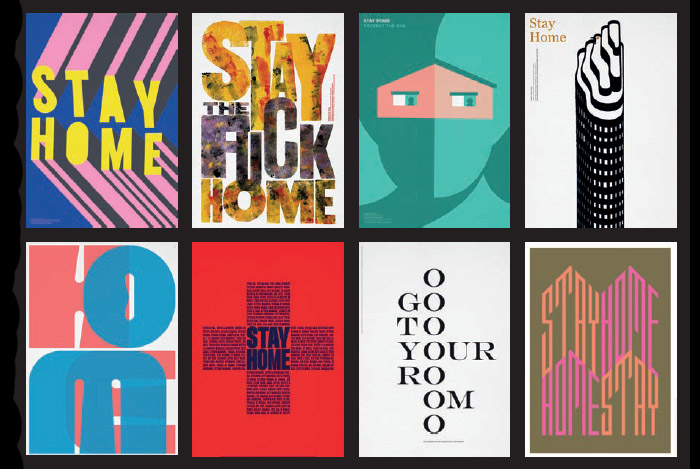 The 19 Artists versus Covid-19 campaign has relaunched to raise more money for the NHS following the recent rise in Covid-19 cases. The campaign, first launched in May 2020, asked 19 artists to design an A1 poster interpreting the message ‘Stay Home’, a slogan vital in slowing down the rate of infection. The idea came from London-based Spanish graphic designer, Alvaro Lopez, one of the 19 artists, and the project was taken on by paper manufacturer Fedrigoni.

A limited run of 75 of each of the designs, printed lithographically by PUSH London, was made available to buy online for just ?19. Many of the posters quickly sold out, but once the lockdown is lifted, the posters will be exhibited at Fedrigoni’s Clerkenwell studio and the first editions auctioned at a later date.

Ambra Fridegotto of Fedrigoni commented, ‘While each poster is unique, they come together to convey the range of emotions that people are continuing to experience almost a year on from the start of the pandemic… As the NHS struggles to cope with the rising number of cases, we wanted to relaunch this initiative to encourage more donations to those working tirelessly to protect us.’ To find out more, visit the website.
19vs19.co.uk 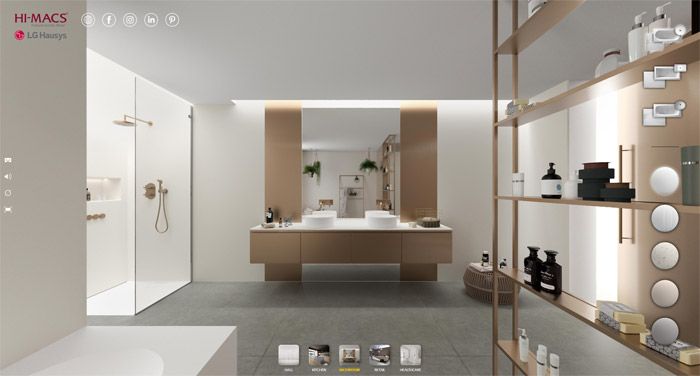 HI-MACS has launched its virtual showroom to allow its audience to continue to explore its products while its bricks-and-mortar showrooms are closed due to the pandemic.

Visitors can zoom in for a closer look at a surface, preview diff erent colours and finishes for each one, as well as click through to links off ering further information about each product. The virtual showroom, launched in January 2021, is aimed at consumers, designers, architects and specifiers, and is accessible via the HI-MACS website.
himacs.eu/en/showroom 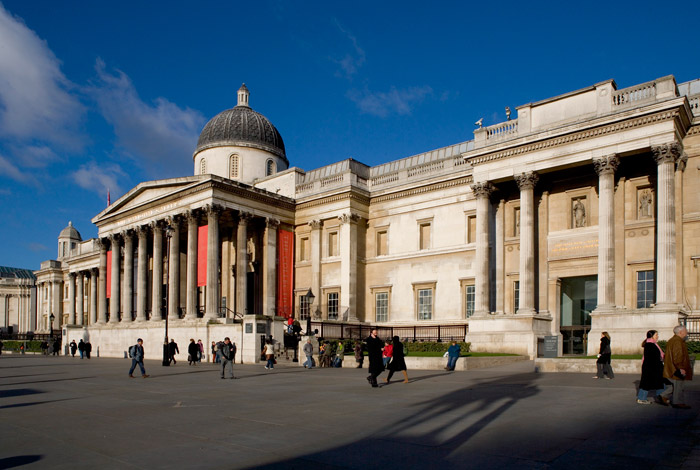 London’s National Gallery has announced a planned major upgrade ahead of its bicentenary celebrations in 2024. The first phase will include works to the Trafalgar Square buildings, focused on improving the ‘welcome’ for its visitors.

The National Gallery is inviting open, international applications for an architect led multidisciplinary team to carry out the work. The brief calls for sensitive interventions to the Grade-I listed Sainsbury Wing, including reconfiguration of the ground floor entrance and improvements to visitor amenities.

The team will also be responsible for reimagining the public realm outside the Sainsbury Wing and along the northern edge of Trafalgar Square, to attract visitors and to ‘improve the presence of the building in its context’.

A new research centre will be created as the Gallery pursues the status of a world leader in research into historic painting, and strengthens the role it takes in studies into art history, digital humanities, conservation and heritage science.

Under the banner of NG200, the celebrations will comprise exhibitions as well as ‘outreach around the country and around the world’. The initial stage of works will provide the improved welcome for these celebrations.

The two-stage process will comprise registering interest before a shortlist of five teams is announced. No design work will be required during the selection, and expenses will be paid to the shortlisted teams. The final appointment will be made in July 2021.
nationalgallery.org.uk 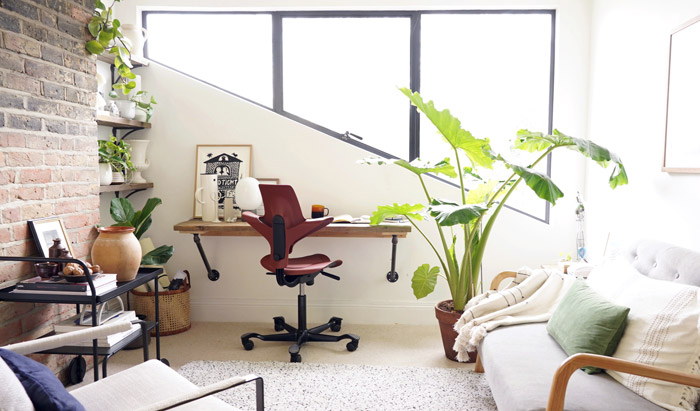 Norwegian brand HAG, part of the Flokk Group, has released a limited run of one of its key designs, the Capisco Puls chair designed by Peter Opsvik, but made from a post-consumer repurposed ‘uniquely Nordic’ product: snowplough markers.

As part of ongoing research with Nordic research institute SINTEF, aiming to expand the brand’s portfolio of circular design products, the snowplough markers were identified as a source of recycled material close to the manufacturer.

The mixed luminous plastics of the snow markers have been recycled into an auburn colour for this line of chairs. Each one will be supplied with an edition number and certificate.
flokk.com

Architect Rachel Bell, director at Stride Treglown, has been announced as the new national chair for Women in Property (WiP) for 2021–22. Bell has been a member of WiP for 15 years and was previously South West branch chair. She will hold the role until 28 February 2022.
womeninproperty.org.uk

Forbo Flooring Systems has relaunched its Tessera Create Space 1 collection of commercial carpet tiles with an updated palette of 18 colours, 11 of them new, inspired by semi-precious stones including Jadeite, Lazulite, Garnet and Citrine.

The range has 75%- recycled content by weight, including ECONYL nylon made entirely from regenerated post-consumer and post-industrial waste. Like other Forbo products, Create Space 1 is manufactured using 100%-renewable energy, and achieves a BREEAM rating of A or A+.

Its low-level loop pile is suitable for all commercial applications, and has a sound reduction value of 25dB, Class 33 durability and is supplied with a 10-year guarantee.
forbo-flooring.co.uk/createspace1 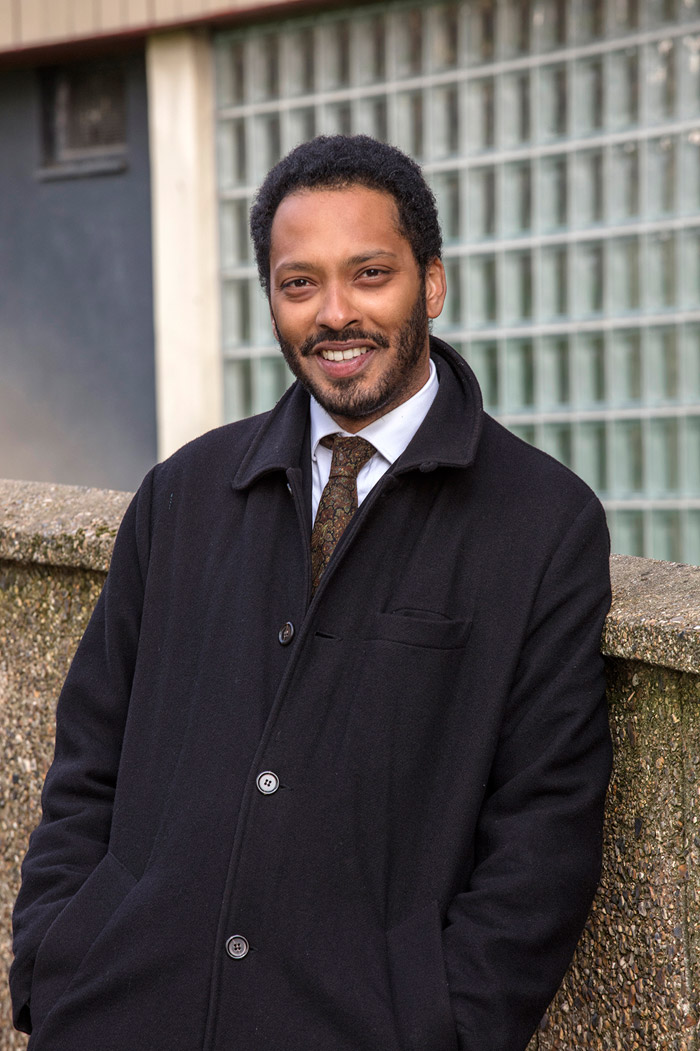 The London School of Architecture (LSA) has announced Neal Shasore as new head of school and CEO, succeeding founder and CEO Will Hunter. Shasore has held posts at RIBA, the University of Westminster and the Royal College of Art, and holds several trusteeships.

Crispin Kelly, chair of the Board of Trustees said, ‘Neal will build on the work of its founder Will Hunter, and has a compelling vision for an architectural education and practice that enthusiastically tackles the challenge of a future that is sustainable, diverse and equitable. His vision for the future of the school, its pedagogical ambitions and wider engagement were considered outstanding.’
the-lsa.org

How to Substitute Cream Cheese

Baking soda cleaning hacks: 7 ways to use bicarbonate of soda...

Here’s the legacy he leaves behind

Pandemic couldn’t keep diehards away from freezing temperatures and the views...

State pension age Britons could get 5.8% boost to amount by...