Bottoms up! Tammy Hembrow flaunts her derrière in a colourful bikini at the beach – after slamming trolls that label her ‘just an Instagram model’

By Monique Friedlander and Chloe Lee-longhetti For Daily Mail Australia

She’s the busy mother-of-two who balances her booming fitness empire with life as an Instagram wunderkind.

But Tammy Hembrow, 26, carved out some time for herself on Sunday as she enjoyed a day at the beach in Queensland.

The glamazon uploaded two Instagram photos of herself posing on the sand, giving viewers a generous glimpse at her colourful bikini, matching sarong and gym-honed physique. 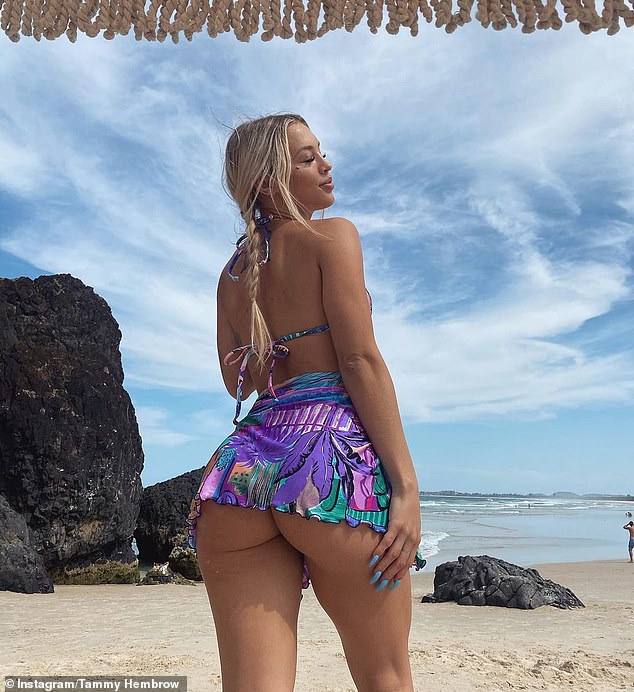 Bottoms up! Tammy Hembrow, 26, flaunted her derrière in a colourful bikini and matching sarong at the beach in Queensland on Sunday

In one photo, Tammy posed standing up her derrière facing the camera, while in the second, she is seen sprawled on a beach towel next to a mustard Prada handbag.

‘Ay you cheeky girl,’ the activewear designer wrote in her caption.

Last week, Tammy made headlines when she took a stab at trolls who claim she’s ‘just an Instagram model’. 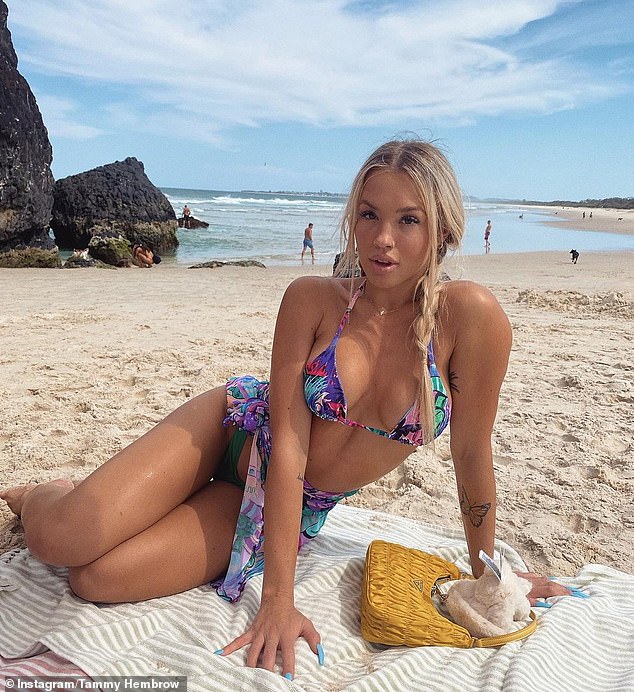 ‘Ay you cheeky girl’: In one photo, the blonde was seen sprawled on a beach towel next to a mustard Prada handbag.

‘Everyone thinks I’m just an Instagram model yet, I have multiple businesses and I am a mum,’ Tammy told The Courier Mail, adding: ‘I am busy.’

The blonde bombshell is at the helm of a very lucrative fitness empire.

She has her own activewear line, Saski Collection, and her own fitness program and meal plans, Tammy Hembrow Fitness. 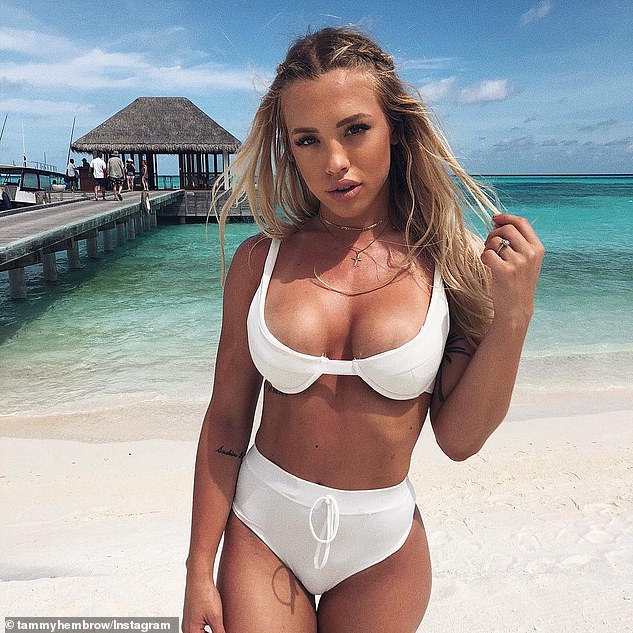 Hitting out: Last week, Tammy made headlines when she took a stab at trolls who claim she’s ‘just an Instagram model’

In August, the mother-of-two said that her business was ‘thriving’ despite the coronavirus pandemic.

Her Gold Coast-based clothing company is bucking the trend of retailers shutting down across the country in response to the economic downturn.

Despite her success, Tammy said on her Hanging with the Hembrows podcast that ‘life is non-stop work.’ 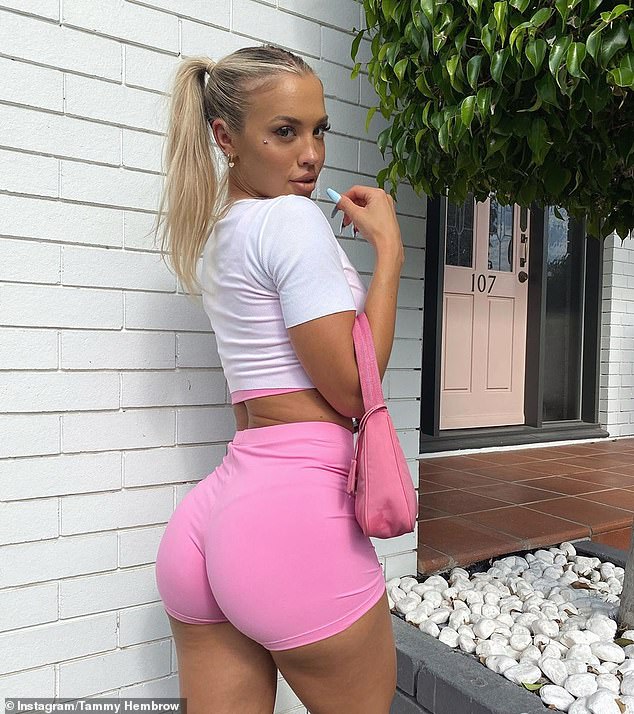 Thriving: In August, the mother-of-two said that her activewear business was ‘thriving’ despite the coronavirus pandemic

‘I’ve been working heaps… Yeah, it’s crazy,’ she told her sisters Amy and Emilee. ‘I’m lucky my businesses are going well and I have lots of things happening.’

Tammy launched Saski Collection in 2017, and her designs are now sold in more than 190 countries.

The blonde beauty has an estimated net worth of $2million and, as one of the most-followed Australians on Instagram, earns up to $33,000 for a single sponsored post

She is also a doting mother to her two children, five-year-old son Wolf and four-year-old daughter Saskia, whom she shares with her ex-partner Reece Hawkins. 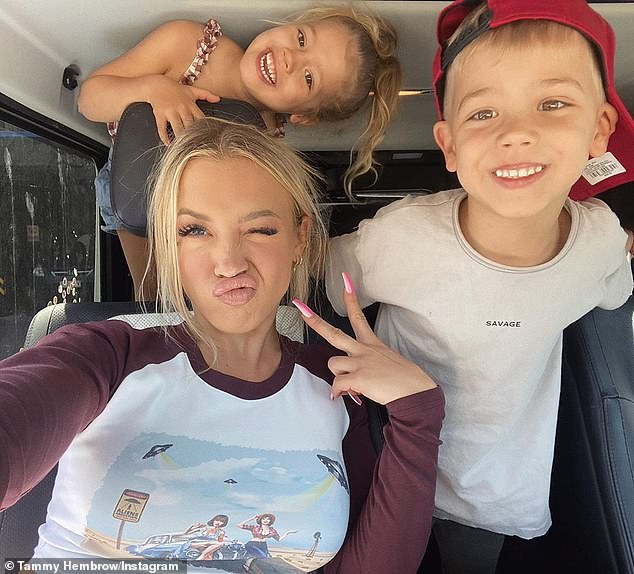 Motherhood: She is also a doting mother to her two children, five-year-old son Wolf and four-year-old daughter Saskia (both pictured), who she shares with her ex-partner Reece Hawkins

Rio Tinto CEO to leave over destruction of Indigenous sites in...

UK inflation rate: What does this mean for YOUR money? |...

California fires map: Deadly extent of flames – ‘Fire on all...