At Fathom we strive to create architecture embedded in its place, enhancing the identity of an area by growing out of it rather than landing in it. Many of our projects sit in the context of traditional masonry structures, listed buildings and conservation areas – however, modern buildings are no longer constrained by the need for load-bearing facades, which presents an exciting challenge for architects.

We have found the modernist concept of a ‘curtain wall’ – facades hung from a flexible steel frame – and the analogy of fabric and weaving to be an inspiring starting point in developing an architectural language. The tension of the vertical warp and the playfulness of the horizontal weft relate well to a building’s vertical loads and requirements for horizontal sills, solidity and shading. 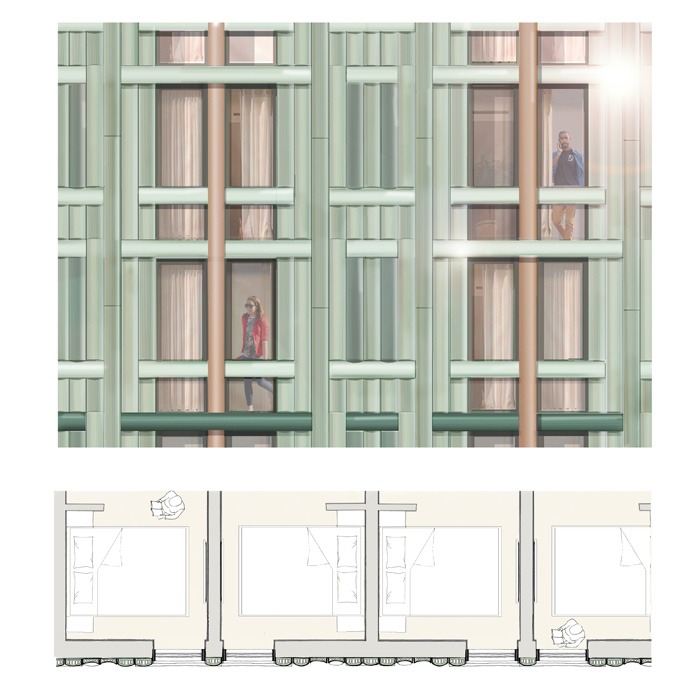 The inherent rigour of the weaving process can be seen in playful but mechanical weaving notation – it’s often hard to differentiate drawings of notation and facades of buildings. The work of Bauhaus’ weaver par excellence Anni Albers is particularly inspiring – illustrating how joyful wall pieces can be created from something only a stitch thick. ‘Weaving’ facades allows us to employ an architectural language that blends lighter and heavier materials, helping to tie them into their context. 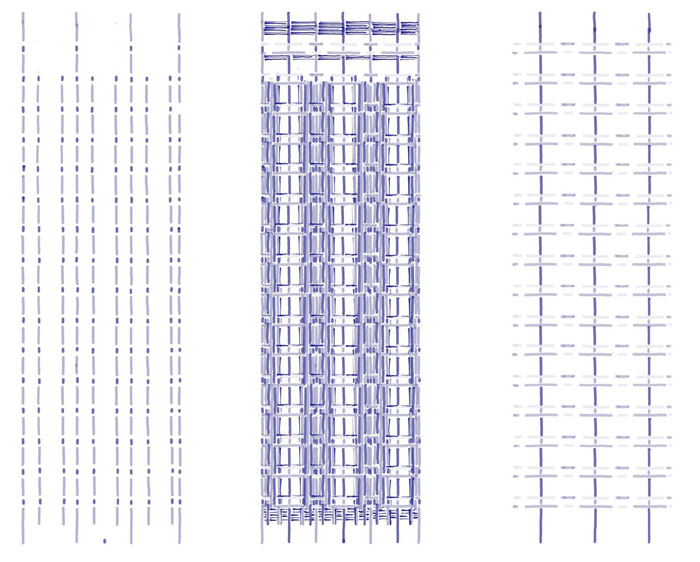 Reimagining an underused site in Westbourne Park, London, Fathom proposed a hotel, work and community spaces on a previously inaccessible canal area. The irregular site required a complex mix of forms addressing the public uses at lower levels, a tall building volume, and a facade, which addressed the repetitive nature of hotel rooms at upper levels. Adopting a woven facade enabled us to create layers of expressed vertical, horizontal, reflective, textured, concave and convex elements to introduce pattern and disruption. Earthy green tones relate to the waterside location, linking the various forms together with subtle alterations between uses. 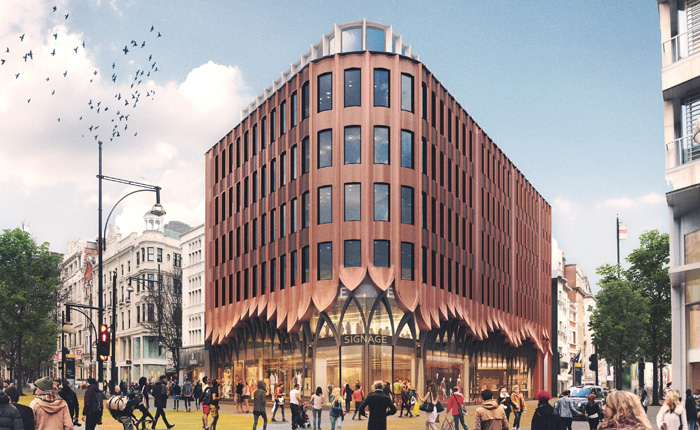 As one of the most prominent retail sites in London – located on the junction of New Bond Street and Oxford Street – our design needed to provide a distinctive landmark with experiential retail at lower levels and workspace above.

Working with a fabric concept, the facade creates a draped curtain flowing vertically downwards, with the hem lifted at the base to reveal the retail at street level. Fluid pleated lines are expressed with a repeating curved terracotta profile, creating rhythm to the facade and drawing the eye to the activated ground floor. This analogy gave us the flexibility to easily adjust the design according to changes in retail and workspace needs.

Workspaces and almshouses combine in this London project

Our final project is a sustainable development of 62 almshouses, 22,500 sq m of workspace, and a new public garden on Blackfriars Road, Southwark.

The office facade to Blackfriars Road mediates between traditional brick warehouse buildings and modern glass towers towards the River Thames, with richly detailed red terracotta. The almshouses are expressed with a paler terracotta, with Juliet balconies creating animation across the facades. Both facades draw on the site’s historic use as tenter grounds – where dyed fabric was stretched and pinned outside to dry – and conceived as pinned fabric between tenterhooks, articulated with pleating, gathering and softly curved corners.

Why You Should Make Biscuits With Bacon Fat

Sir Tom Jones told in early career to be less like...

Russia riots: Why are people angry at Putin in Russia? |...