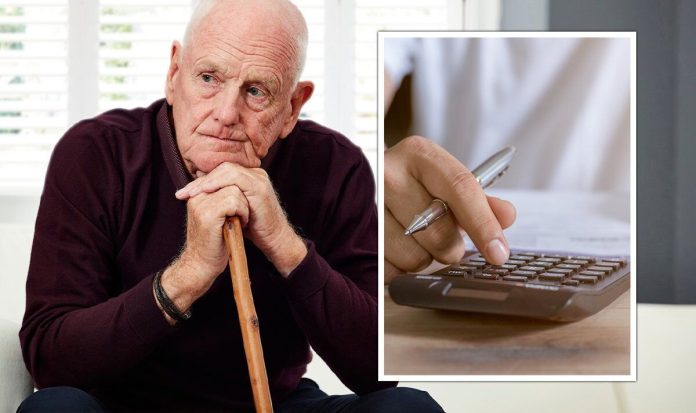 Last year, the Government promised to reinstate the triple lock pledge on state pension payments. The triple lock is a promise to raise pensions by either the rate of inflation, average earnings or 2.5 percent; whichever is higher. While this will raise the state pension to over £10,000 annually for many pensioners, some others will miss out on this boost.

What is the state pension?

There are two different pension payments which are awarded depending on when they were born.

If someone was born on or before April 5, 2016, they will receive the basic state pension while anyone born after this date will get the new state pension.

Last year, state pensions were increased by only 3.1 percent due to the year-long triple lock suspension.

However, with the triple lock’s return, payments are set to be raised by 10.1 percent in line with the Consumer Price Index (CPI) inflation rate for September 2022.

How much is the state pension?

Recipients of the basic state pension, which means they reached the state pension age before April 2016, got a boost to £141.85 a week with this rate hike.

In April 2023, the state pension and other benefit payments administered by the Department for Work and Pensions (DWP) will be awarded a rate boost.

Comparatively, those on the basic state pension will get £156 a week or £8,100 a year come April this year.

Notably, older Britons who receive the basic state pension get far less than their counterparts on the new payments even with the triple lock’s return.

With the cost of living crisis continuing for the foreseeable future, this is a concern for many older households.

Despite this, there are still ways people can boost their state pension payments so they can get more money in retirement.

How can you boost state pension payments?

Older Britons can still make voluntary National Insurance contributions for any given year as long as the deadline has not passed for receiving them.

Anyone who has already made some contributions for a past year, but are short of the amount needed for a full year, will only have to pay the difference required to top it up to a full year.

Jenny Holt, the managing director for Customer Savings and Investments at Standard Life, shared her thoughts on the limits of the state pension for those in retirement.

She explained: “Even with the Government confirming the reinstatement of the triple lock in November, which will increase the state pension in line with inflation for 2022/23 and take a full new state pension above £10,000 a year for the first time, it will still be a lot less than minimum wage salary.

“The reality is there’s a significant gap between what you get from the state pension and what you may actually need or want in retirement.

“The state pension alone will only cover a very basic lifestyle and, because it only starts in your late 60s, won’t help to support you if you want to retire earlier- so it should only be a part of your overall retirement plan.”

Council tax increase could hit 5% as Britons exposed to ‘surging...