In one corner of the second floor at the Seattle Kraken’s future training centre sits the office of the general manager, complete with a view of the primary practice rink below.

It’s a space Ron Francis will become very familiar with sometime in the summer of 2021 when that portion of the facility is completed. But for now it’s a space Francis has yet to set foot in. He’s only seen the office where he’ll put together the first Kraken roster in photos and videos.

“I see an awful lot of pictures in our Zoom meetings and stuff, and it’s incredible the progress they’ve made,” Francis said. “It’s looking like something really exciting. But I’m looking forward to being able to see it in person for sure.”

Francis was last in Seattle in February. Since then, the Kraken GM has been at his home in North Carolina creating the framework for the team that will take the ice sometime next fall.

“To this point it’s worked as well as we could hope it has,” Francis said. “Certainly, we look forward to the day when we’re all sitting in the same room and can have a face-to-face conversation.”

This month marked two years since Seattle was awarded its expansion NHL franchise. The anniversary was observed with small acknowledgements, with the organization focusing more attention on the countdown to the expansion and league drafts likely happening next summer.

The uncertainty over the timing of those events has only underscored the importance of Seattle’s decision to bring Francis on board earlier than most expected. He was hired in summer 2019 and it now seems like a stroke of genius by team CEO Tod Leiweke.

“If we had been a little more traditional with our hiring process we would have been scrambling because the season got completely bifurcated,” Leiweke said. “We could have very well been in the market now, scrambling to find a GM. So enormous credit due to our owners for allowing us to do things early and do them right. And little did we know how important this decision would be.”

WATCH | I was in net for… Marek Malik’s between-the-legs shootout goal: 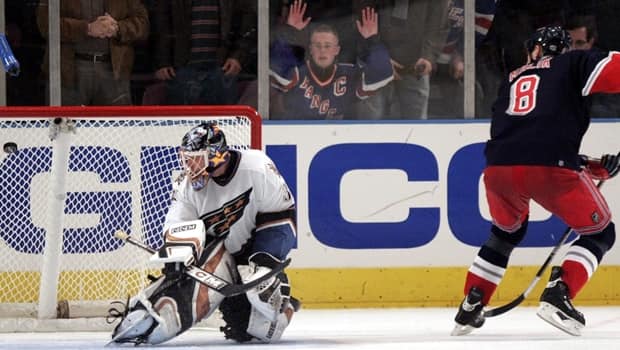 In episode 7 of our new series, Rob Pizzo speaks to former Washington Capitals goalie Olaf Kolzig about the memorable 15-round shootout with an unexpected ending.    5:57

With Francis, assistant general manager Ricky Olczyk and director of hockey strategy and research Alexandra Mandrycky leading the charge, Seattle has put together the majority of its hockey operations staff. Most notable for Francis was adding Robert Kron as the director of amateur scouting and persuading Tony McDonald, who spent 30 years as a scout with Los Angeles and Hartford/Carolina before retiring in 2019, to join the scouting staff in Seattle.

“[McDonald] was kind of my director in Carolina, and a lot of experience,” Francis said. “As Robert takes over and moving forward, I think Tony’s a great sounding board, not only for Robert but for our entire staff.”

But there have been setbacks caused by the pandemic, largely due to the sporadic starts and stops for junior programs in North America and Europe and the inability of Kraken scouts to see games in person.

Building out the database of information on players at the junior level is critical for Seattle’s future teams beyond the initial wave that will come through the expansion draft. The lack of games has left Seattle’s databases thin.

“You don’t have the database of information or viewings that other teams would have based on previous years watching them as 16 and 17 [year olds] heading into this draft,” Francis said. “You don’t have necessarily the same ability as other teams to judge a player and how that progress is happening. How did he spend his summer? Did his skating get better? Did his skillset get better? Did he get stronger? There’s a lot of things that are certainly more challenging.”

There is still one major hire for Francis to make: a head coach. Francis seems to have the green light to bring in a coach when he’s ready, but the GM is trying to be patient and see how the upcoming season is going to unfold and what options may be available.

“As we get some more understanding what the landscape looks like and as teams set their rosters moving forward, we’ll get a better understanding of who we think might and might not be available,” Francis said. “We’ll sort of watch that and see how things proceeded and make our decision on a coach as we get into that scenario.”

‘Lewis Hamilton disadvantaged by having the best car’

9 Fun and Festive Picks on Amazon

Carlos Sainz sets out his goal for Charles Leclerc ‘relationship’