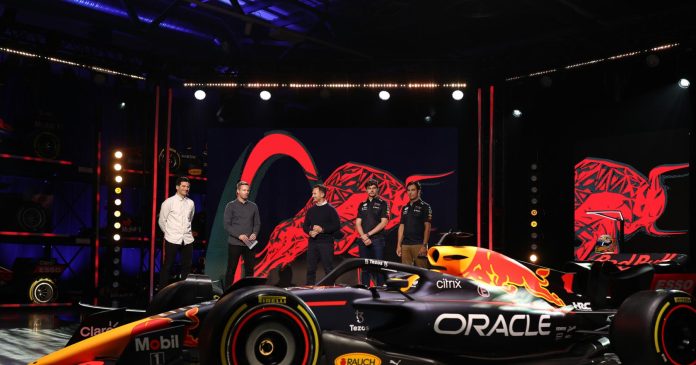 RacingNews365 picks up news snippets on a daily basis, many of which are too minor to warrant dedicated news reports yet collectively fill many gaps. Equally, there are other snippets that cannot (yet) be verified but these may well eventuate in the near future, or simply get overtaken by events and ultimately disappear but are significant at the time.

Thus this new column, which rounds up unpublished material and ‘premature facts’, and presents them in bite-sized chunks during non-race weekends. Our very popular Dieter’s Diaries – in which our Editorial Director reports directly from F1’s paddocks – will continue to update you regularly once the season starts.

There was a time when teams hosted lavish season launches aimed primarily at the media, who gladly travelled to team factories or exotic places for chats with team bosses, technical directors and drivers about their latest charger, which would invariably be unveiled on the day – usually by drivers rolling back fancy satin sheets in provocative fashion.

Then came Covid and the new ‘era’ regulations, which not only complicated matters timewise but resulted in some teams launching dummy (or even interim) cars so as not to play their hands too early. Now we hear at least three teams, Red Bull, AlphaTauri and Alfa Romeo (Sauber), will launch this year without cars on stage. Indeed, the energy drink brand-owned teams will fly to New York to talk about 2023 – without cars!

Others will likely follow suit, or simply ‘launch’ reliveried 2022 show cars and roll out the real things during testing in Bahrain (23-26 February). RacingNews365 will, of course, be there with a team of journalists and technical specialists.

Talking Red Bull, we hear that they will not only preview their upcoming season in New York, but also present some 2026-onwards plans. F1’s new engine formula kicks in then and as analysed here, Ford is a prime candidate to ‘rebadge’ Red Bull’s in-house engines with the Blue Oval. Given the venue, could Red Bull and Ford be announcing a future deal, thus stealing some of the Andretti-Cadillac thunder?

As revealed here, the French team is seeking external investment aimed at releasing funding for the brand’s future (road car) plans. We hear that a deal is likely to be announced soon, possibly even before the team unveils its 2023 plans on 16 February at the giant Printworks event venue situated in London’s Surrey Quays.

The smart money is on an intriguing Aramco/Geely investment syndicate. The former is, of course, not only a Formula 1 trackside and title sponsor but technical and livery partner to Aston Martin F1, but a shareholder in the Aston Martin Lagonda Ltd car company. Lotus (and Volvo) owner Geely is progressively increasing its stake in AML, while Lotus recently entered into a joint venture with Alpine for road car development.

Could an Alpine/Lotus/AML alliance be on the horizon? If so, where would that leave the two F1 teams?

Recent news from the UK’s Companies House registry that Williams allotted £36m in shares to cover a cash injection has brought the finances of the team – controlled by the US-based Dorilton Capital investment fund – into focus. Latest (end-2021) filings show Williams Grand Prix Engineering Ltd posted a loss of £11,9m loss on a total turnover of £95m (approximately $115m) for the financial year, its first under Dorilton.

This is well under the $145m budget cap that prevailed at the time, which, crucially, excluded costs such as marketing/travel/hospitality expenses and driver/top three staff salaries. On that basis, Williams spent well under half that of Mercedes and Red Bull, and indicates why outgoing team boss Jost Capito made little progress.

Various sources are adamant that Porsche failed to register as a 2026 power unit supplier and therefore does not feature on the list of six accepted entries. Thus rumours circulated by dubious media outlets this week that Porsche was looking into acquiring Williams – as sister brand Audi, which registered for PU2026, did with Sauber – have zero chance of flying unless Porsche rebadges customer units begged from Audi.

Imagine the brand damage should Audi’s in-house operation trounce Williams-Porsches running what would effectively be Audi PUs in the same championship. Folk point to internecine mid-2010 WEC competition between both VW Group-owned brands, but this overlooks that they competed with different powertrains: Audi with V6 diesels supplemented by flywheel energy recovery and Porsche with V4 petrol hybrid units.

US motoring publication Motor Trend this week published its annual ‘Person of the Year’ list featuring 50 top motoring influencers. Much is made of F1’s recent traction in the USA, yet a single F1 personality is listed – in 48th. It’s not Lewis Hamilton or Max Verstappen, nor Christian Horner or Toto Wolff or even F1 CEO Stefano Domenicali, but a person who flitted in and out of F1: the personable Sean Bratches.

Who? Sean was appointed by Liberty Media in 2017 to oversee F1’s commercial operations, and Drive to Survive was his brainwave. That a marketing chap who retired two years ago to spend more time with his family makes the tail end of MT’s list proves F1 is (still) far from mainstream in the world’s most influential car market.

Salesforce appoints ValueAct’s Morfit to its board and a proxy fight...