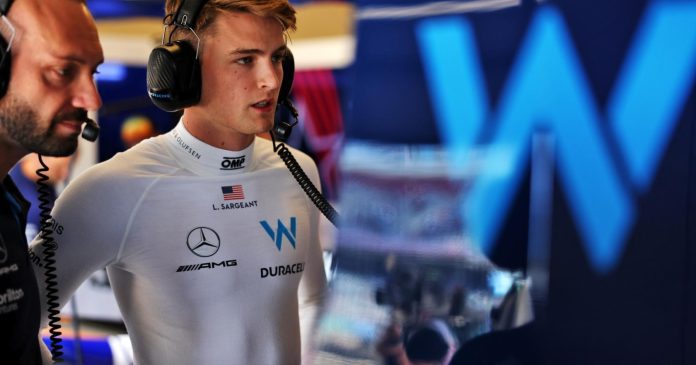 Logan Sargeant has said that it has “not sunk in yet” that he is going to be making his next start on the Formula 1 grid.

He was announced as a 2023 driver by Williams towards the end of last season, on the condition that he got the required amount of Super Licence points.

After a couple of FP1 outings to gain extra points alongside the ones he acquired for finishing fourth in the Formula 2 standings, Sargeant becomes the first full-time American driver on the grid since Scott Speed in 2007.

“It’s been a couple of months now since I was confirmed as a Formula 1 driver, but I don’t really know if it’s sunk in yet,” Sargeant wrote in a post for Williams.

“It’s probably not going to quite sink in until we get to Round 1 when we’re doing that Thursday track walk.”

Ahead of his debut season – which will feature 23 races – Sargeant described training regime with his performance coach in Portugal.

“We mixed it up each day but, generally speaking, we did a high-intensity workout early on in the morning to get that cardio in and start each day right,” he said.

“After breakfast, where we got a little bit of protein onboard, we headed out for a long-distance run or some beach sprints, and pitch work, and that was awesome.

“I then got lunch before we headed out for a lighter activity. In the afternoons, we played a bit of padel, tennis and American football – we mixed it up throughout the camp. Then we ended each day with a heavy lift session, getting the neck and core involved.”

Sergeant says he is trying make the most out of every aspect of the sport, given the demands that drivers experience throughout a season.

He added: “I’m doing my best to enjoy every part of this process because I know how much of a challenge this year is going to be, to make the step up in physicality that an F1 car demands, but this is what I’ve been working towards for years.”

Team bosses reflect on Brawn’s legacy as he steps back from...

Alfa Romeo looking for ‘solution’ to give F2 star an FP1...