Pit-stops are now a vital aspect of Formula 1 racing, with a tyre change expected to take place in not much more than two seconds.

Before the FIA intervened with a new technical directive, sub two-second stops were also achievable.

Over recent years, mega pit-stops have become Red Bull’s party trick and thanks to a 1.88s stop for Max Verstappen at the 2021 Bahrain Grand Prix, they claimed the DHL Fastest Pit Stop Award for the fourth year on the trot. 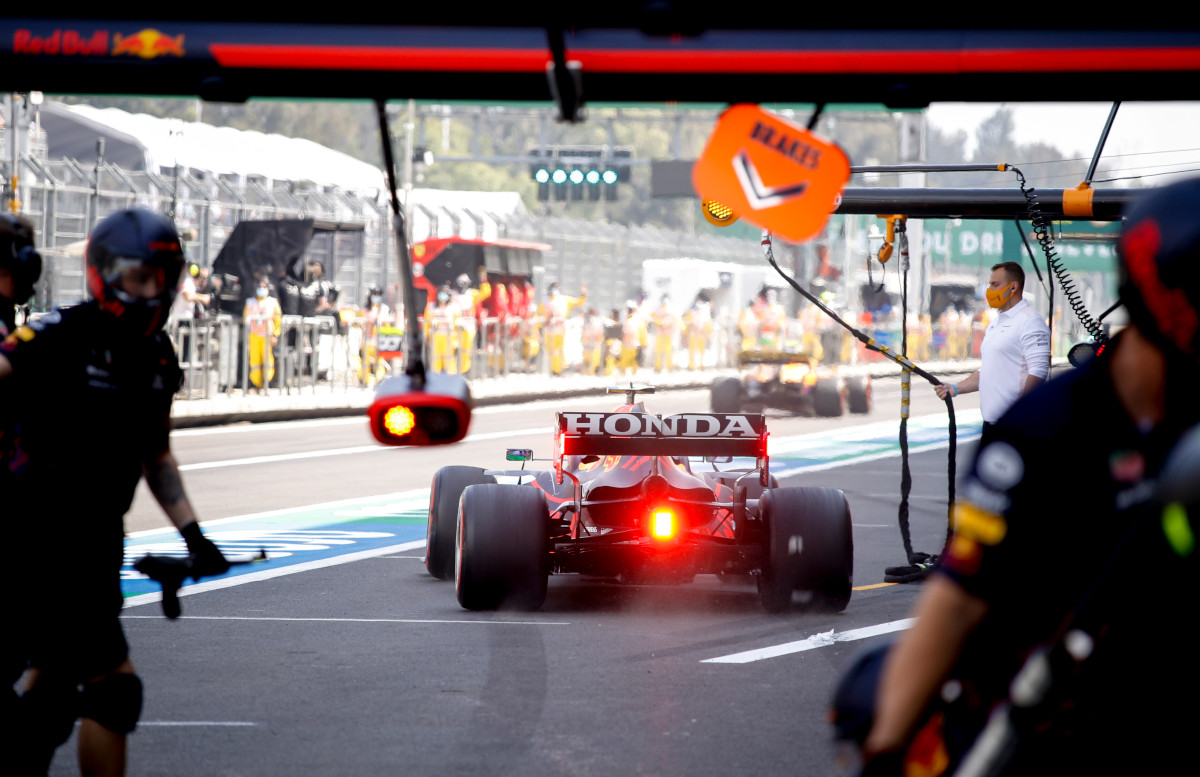 Explaining the key characteristics of Red Bull’s pit crew, Wheatley told the team’s website: “I think one of the most exciting and interesting aspects of my role is the overall responsibility for the team’s pit-stop performance.

“It can be a bit of a double-edged sword. Things don’t always go right. But it’s something I’ve taken a tremendous amount of enthusiasm for and I’ve enjoyed so much over the years.

“Fundamentally, you have to start by looking for someone who’s got great core stability – it’s human performance.

“So we work very hard with the guys in terms of their mindset and also with their core stability. You don’t want any injuries, you want the same people at the last race as at the first race.”

Red Bull were not only fast with their stops but also consistent, clocking the fastest pit stop at 13 of the 22 races in 2021.

But come 2022 the goalposts will shift again as Formula 1 upgrades to new 18-inch wheels, part of wider changes under new regulations coming into play.

Wheatley admits this will alter the “dynamic” completely, while Red Bull have not yet completed any practice stops with the larger tyres.

“Frankly, as I sit here today, we haven’t even tried one pit-stop practice with those types of wheels.

“It will take an entirely different dynamic next year. There will be massive key in getting consistency and that’s what we’ll be working on all winter.”

Team Fortress 2 Mod Aims To Remake The Game Using Half...

George Russell: ‘I thought it was going to be easy’