Adam Scott, global creative director and founder of FreeState, on what has inspired his thoughts and ideas

Can you pinpoint the thought, whether yours or someone else’s, that led you to a career in design?

I’m from a family of artists – my brother, my sister, my parents, my cousins, my grandparents. Our house was always full of studio energy, cultural debate and the visceral drama of creative experiments ‘going off. I particularly remember the smell of wax warming on the Aga when my Dad was working with Crayola Crayons as a colour theorist. So I can’t pinpoint a time or a person – I don’t think I was aware there were any other options!

In terms of the design and architecture industry, what do you consider the most radical era or pivotal moment?

Definitely The Age of Enlightenment. And in particular the idea of bringing together ‘the True, the Good, and the Beautiful’. It’s what we’re all searching for right now, this universal ‘triple bottom line’ and how such an integrated starting point can better connect with the world of science, the world of politics and the world of finance. I think this is most evident in the many hats worn by 18th-century luminaries as they explored the soft edges of emerging disciplines – Vanbrugh was a dramatist, a poet and an architect; Washington was a politician, a general, and also an architect! Kant said: ‘Dare to question, dare to be wise.’ I think that’s critical, especially today, in our search for a new enlightenment. All of this said, right now is a pretty radical era – it comes a close second!

Which radical thinkers have been inspirations to you in your career?

I am interested in three major themes: people and the emotional experience; stories and the power of narrative; and places and the visceral joy of the immersive multi-sensorial environments. And so for me, the three corresponding radical thinkers I would bring together in a dream dinner party would be Daniel Kahneman (experimental psychologist, author of Thinking, Fast and Slow), Joseph Campbell (mythologist, author of The Hero with a Thousand Faces) and Cedric Price (architect, creator of Fun Palace and Think-Belt).

Who are the radical thinkers who inspire you now? (Not necessarily forever or for a lifetime – just now!)

I have recently read again We Should All Be Feminists, by Nigerian author Chimamanda Ngozi Adichie, about what it means to be a feminist. In it Adichie argues that ‘feminist’ isn’t an insult, but rather a label that should be embraced by all, notably in the way we bring up all our children. The way it is written has a wonderful optimism about it – it is about us all being equal, celebrating our differences; embracing the hero, the magician, the caregiver, and these many archetypes to be found in all of us. I find it deeply inspirational. 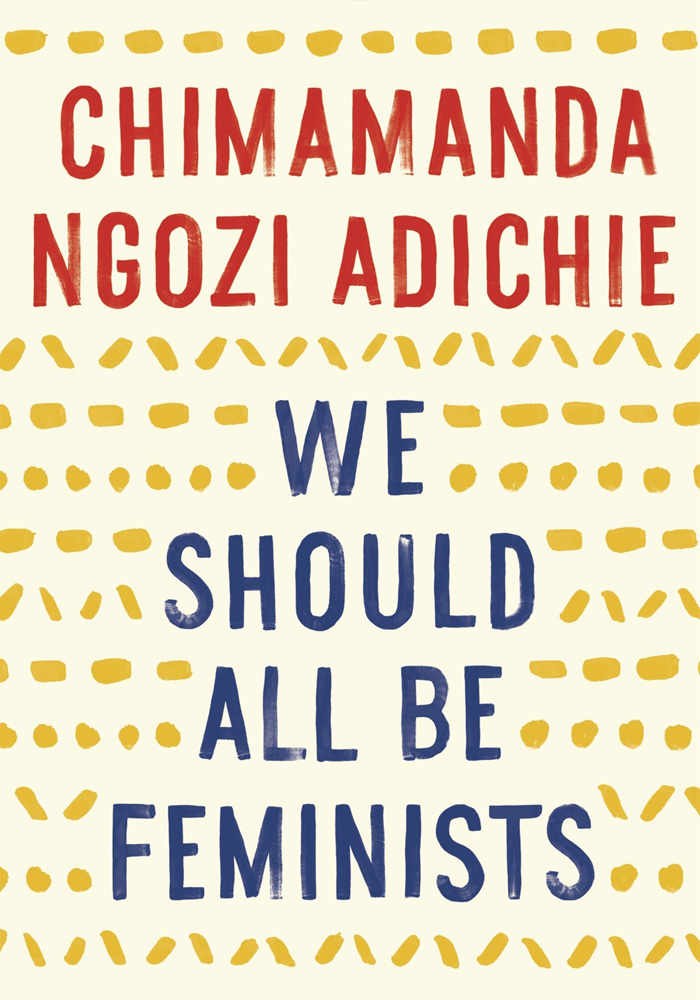 Who outside the industry can architects and designers learn from?

I think one of the problems with the industry is there’s not nearly enough conversation about the soft edges of our profession, and the need to push ourselves beyond them. Contemporary neuroscience, for example, tells us the experiences we remember are charged with emotion, and storytelling. If we aspire to create spaces and places that build memories, we have to learn from this, and turn up the emotion and focus on the driving narrative. And so we must better listen to, and learn from, the entertainers, the impressarios and the storytellers amongst us. Let’s all call Secret Cinema, Moment Factory and teamLab for starters!

What will lead the way for more radical thinking in your/our field?

Humility. George Carlin refers to ‘vuja de’ in the midst of one of his stand-up acts [you can see the clip on YouTube] when he announces to the audience that he’s just experienced ‘the strange feeling that, somehow, none of this has ever happened before’.

Most designers are taught to look at a problem, and to benchmark it alongside other problems, and so we come to think in terms of rules and algorithms. If we’re going to be good anthropologists, to create solutions that are genuinely unique and in tune with our ever changing audience, we must come to the source material with humility and wide eyes!

Could you recommend a book/article/blog that inspired your thinking?

Christopher Alexander’s 1976 book A Pattern Language – I always have it nearby and it is constantly being leafed through, whether it’s a reference for the very macro, the pattern for Places of Exchange, for example, or the very micro, like the idea of Sleeping in Public or Old People Everywhere. It is thoughtful, powerful, and is full of universal truths. Like a lot of architects, it was on my reading list 20-plus years ago, but was used mostly for propping up the fire door while we smoked cigarettes outside. It’s the book I wished I’d started reading then, instead of rediscovering ten years later. 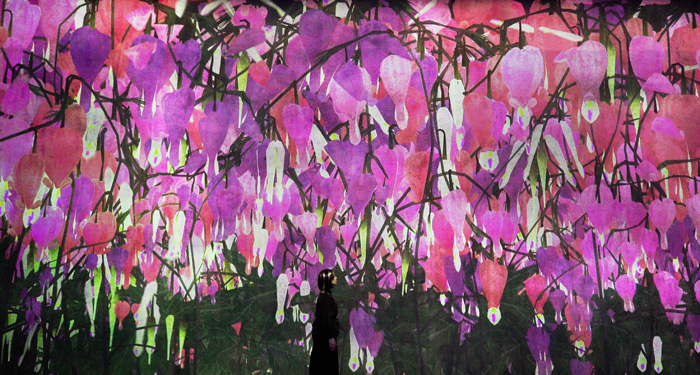 Proliferating Immense Life – A Whole Year per Year by teamLab. This continually changing artwork is rendered in real time by a computer program so that no image is ever repeated

Could you name two buildings/pieces of furniture that you consider radical designs of their time, or perhaps still to this day?

Fun Palace by Cedric Price (1959–1961). Full of kinetic cranes and inflatable balloons, the Fun Palace design was a fantastic and dynamic platform for changing events and community celebrations. It has influenced Archigram, and in turn, Richard Rogers and Renzo Piano. In its purest form, it is a joyful, and constantly meanwhile, space; something we’ve been searching for, in a way, for the last 50 years. Price really understood the importance of people first, rather than buildings first, and embracing the certainty of an uncertain tomorrow.

Second is Lina Bo Bardi’s Sesc Pompeia. Bardi’s late 1980s building is exactly what Cedric had in mind – a place for exchange, a marketplace of ideas, built by the community for the community, constantly active, constantly activated. And as a consequence of this, it is a place that gets better and better with time, giving reason to return, again, again and again. 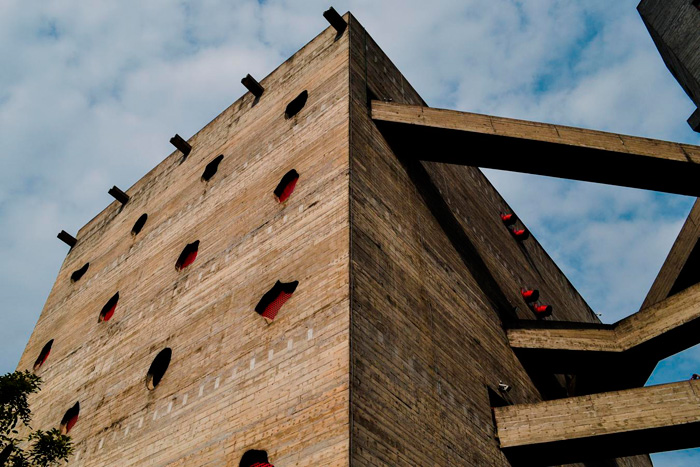 I think best with… (e.g. my hands/a pencil/ with a computer)

A pencil. I can’t think without sketching diagrams as I talk to people. To be specific, a refillable, point 7, lead 2b.

I think best… (e.g. first thing in the morning/ last thing at night)

Late – when all is quiet, with a candle perhaps, and a bottle of wine maybe. Also, often on planes, in transit, when everything else is turned off.

Despite what I said about the calm of communing with a late-night candle, I also love the thrill of standing on a stage, staring anxiously out at an expectant audience, and giving space to the adrenaline and letting Daniel Kahneman’s System 2 Thinking kick in. In this moment, new ideas often appear.

The thought that keeps me up at night is…

Forget the rhetoric, most cities, particularly new ones, are awful places for humans. Especially the smart new cities dreamt up by the mega-engineers of Wild Wild East. In their vision, thought of in terms of volume, we are the flow of numbers in a single-function enterprise. It’s probably efficient, hopefully effective, and usually alienating. It’s not a piece of our city.

The thought that gets me out of bed each day is…

The shared endeavour. Ever since my time at the Royal College of Art I have loved that feeling of common purpose, of a dirty dozen of different disciplines breaking out of their silos and coming together to make something happen.

Do you like to think with, or think against?

Against. I may be a kind, and generous person to work alongside (I hope so!), but I’m incredibly contrary – always looking for difference, and never prepared to take anybody’s word for it.

If you weren’t a designer/architect, where do you think your way of thinking would have led you?

Saying ‘an artist’ is cheating, so, I would say storyteller. If your village or community needs a storyteller, look no further!

Could you describe radical thinking in three words?

To be a radical thinker is to be a radical ‘doer’ in my book, so I would say the most important thing is to make a start, and make mistakes quickly, and often in public. ‘To innovate is to start’ would be my best attempt – that’s five!

As I write this my 14-year-old is in the garden dressed as Indiana Jones, with a 1930s gas mask bag slung over one shoulder, practicing cracking a 5m-long bull whip, while in the far distance my ten-yearold is foraging for a log covered in moss to build a habitat for his imaginary sugar glider. These days, it is always pretty radical around here!

Vitamin B9 deficiency symptoms: The defining mark on the lips

Unemployment benefits for millions in U.S. in peril as Trump fumes...

Furlough extension: What would happen if furlough ended? | Personal Finance...

The Business in January and February