She celebrated her two-year wedding anniversary with Nick Jonas earlier this month and even got to work with him on her upcoming film.

And Priyanka Chopra was seen shooting more footage for romantic drama Text For You as she locked lips with co-star Sam Heughan on Tuesday.

The actress, 38, shared a steamy kiss with the Outlander star, 40, as she put her arm over his shoulder and he held her close during the snowy scene. 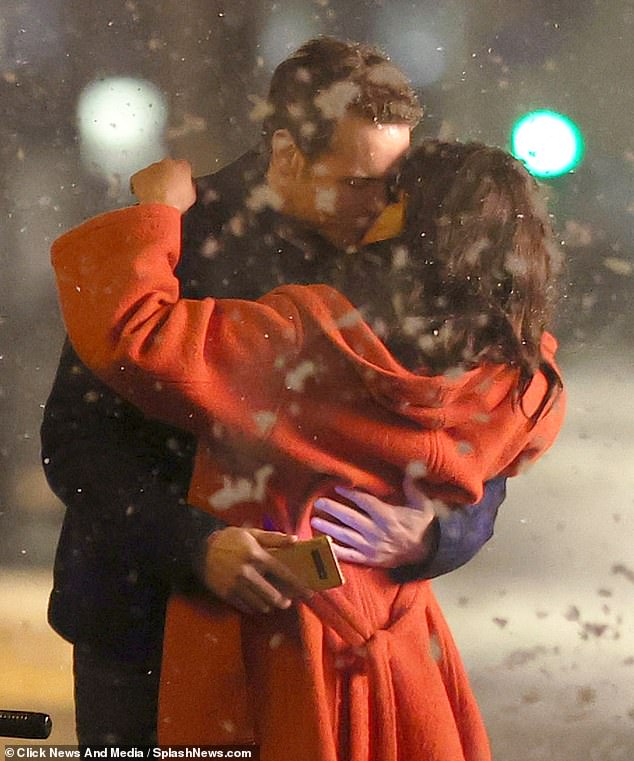 Look away Nick! Priyanka Chopra shared a kiss with co-star Sam Heughan as they filmed new romantic scenes for upcoming film Text For You in London on Tuesday

Priyanka looked sensational during filming in a bright orange coat with a belt tied in a knot at the back and a clashing fuchsia pink dress.

She wore her brunette locks down and wavy, letting them cascade down her back as she kissed her hunky co-star.

The duo were also seen standing at a distance from each other and exchanging what appeared to be tense words on the street.

Sam, who plays Priyanka’s love interest in the film, held out his phone as they talked and kept it in his hand as they embraced. 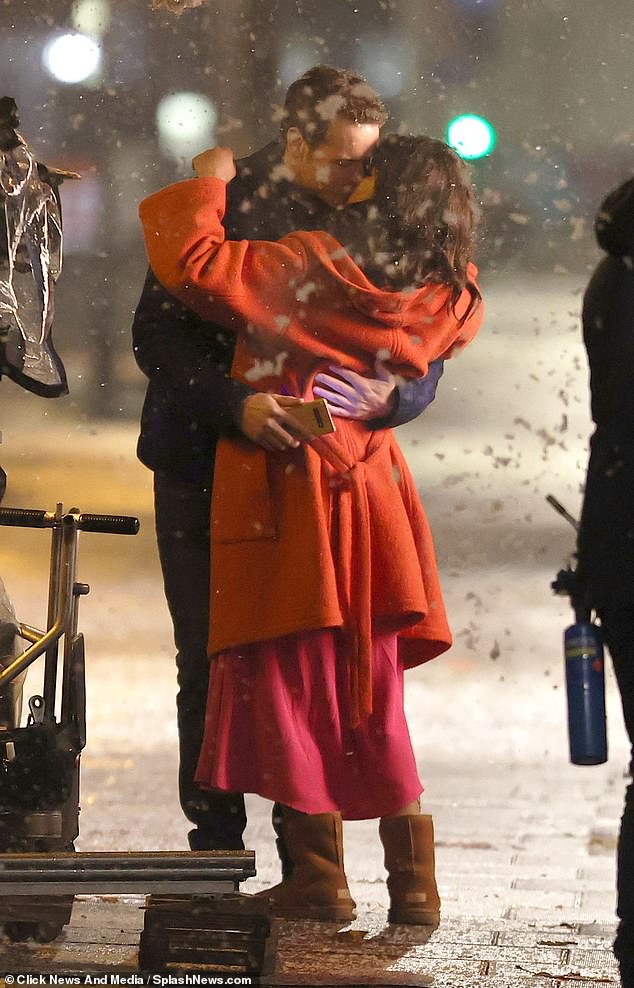 Steamy: The actress, 38, put her arms over Sam while he held her close as they shot footage 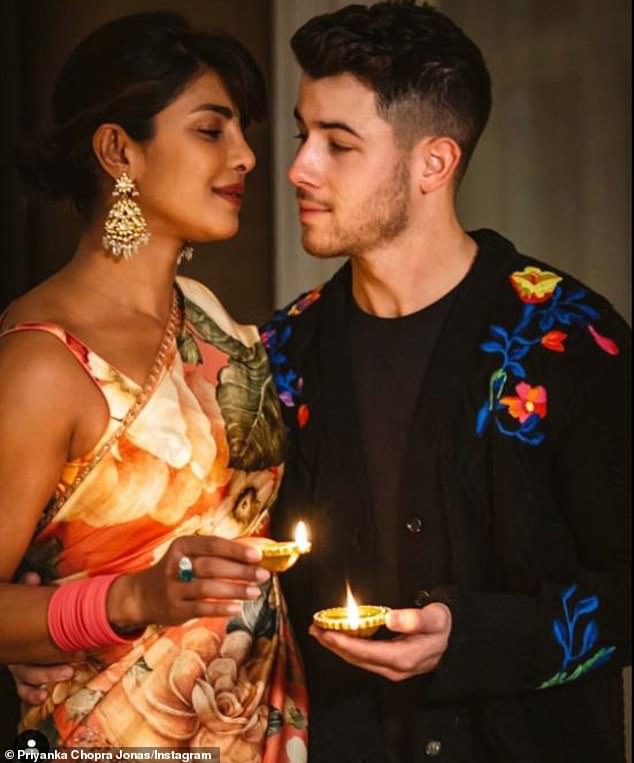 Text For You follows a young woman as she grieves the tragic loss of her fiancé and decides to send romantic messages to his old phone number.

As she does so, the woman begins to form an attachment to the man who the phone number was reassigned to, and who is also struggling with a similar heartbreak.

The pair meet and can’t deny the connection they feel with one another, and decide to give love another chance.

Priyanka takes on the lead role in the film and stars alongside Highlander star Sam Heughan, while other co-stars include Celine Dion, Russell Tovey, and Omid Djalili. 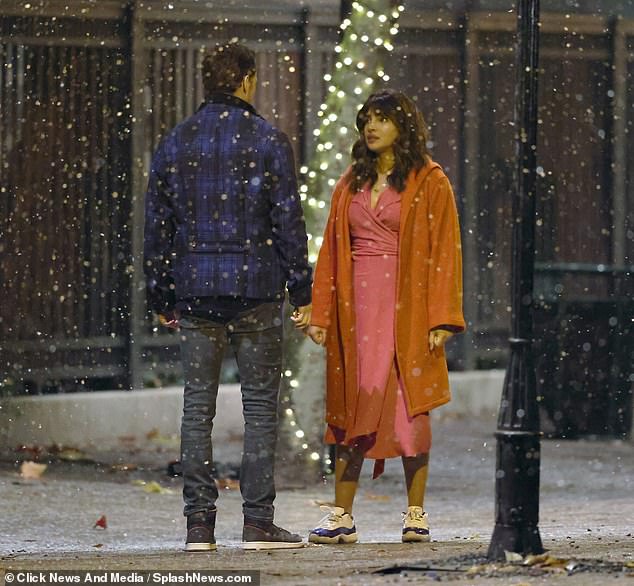 Tense: The duo appeared to be having an emotional conversation ahead of the kiss 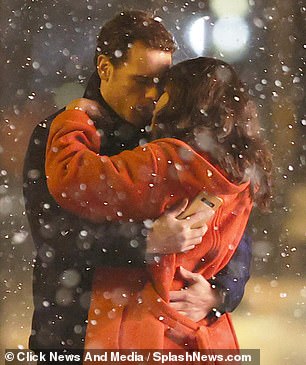 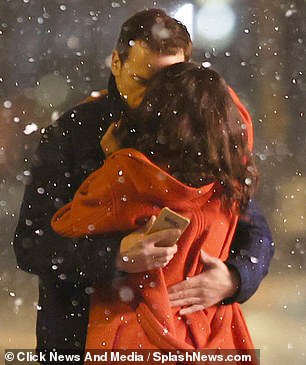 Emotional: Snow fell around them as they locked lips on the London street 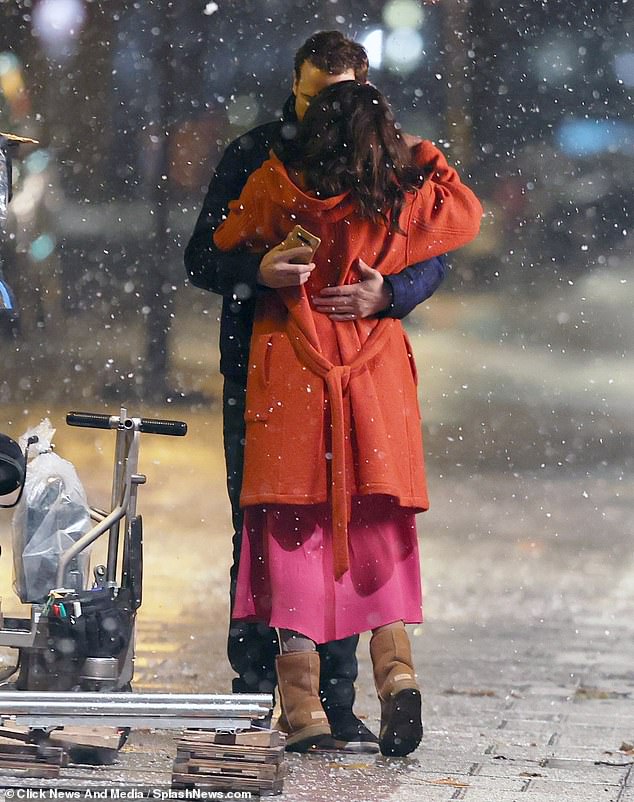 Few takes? Priyanka was seen in both boots and trainers during the shoot

Celine is set to also write and sing music for the film, which will also serve as a catalyst in the couple’s budding relationship.

The film is an English remake of the German film SMS Fur Dich, which itself is based on the novel of the same name by Sofie Cramer.

Last week Priyanka’s husband Nick, 28, was seen filming a cameo in the movie as he appeared in a yellow taxi.

The pair are thought to have shot a tense argument scene as Priyanka was overheard saying: ‘Get the f**k out of my cab’ while in character. 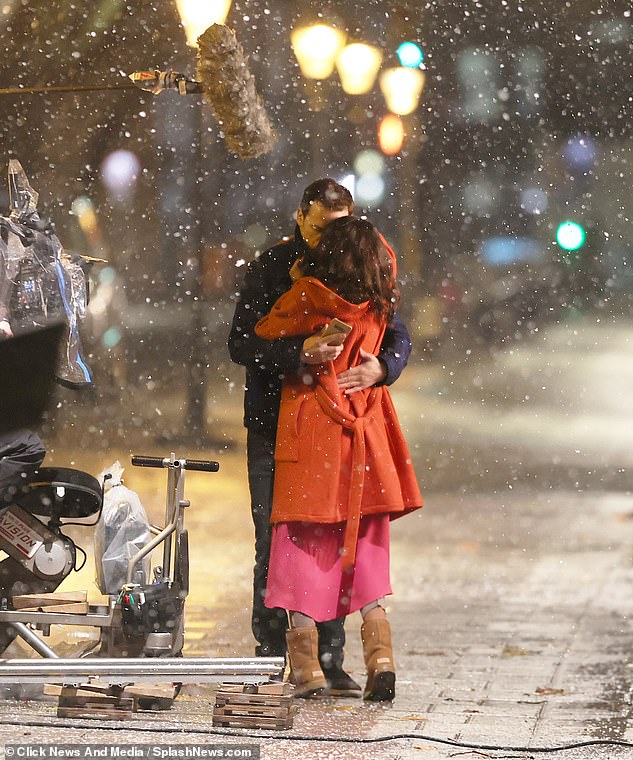 Romantic? Lots of filming equipment could be seen by the side of the two actors 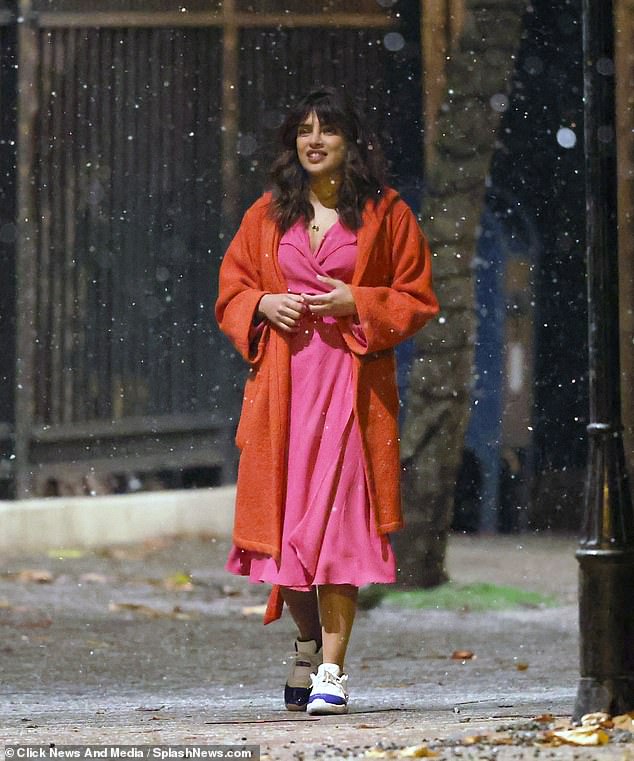 Bright: Priyanka stood out in an orange coat and bright pink dress 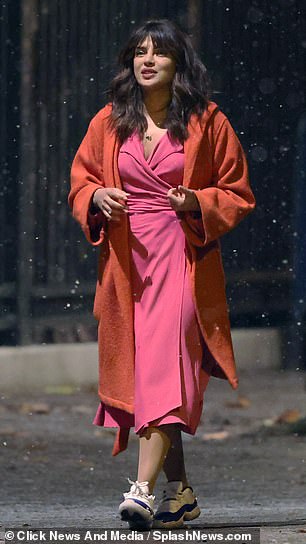 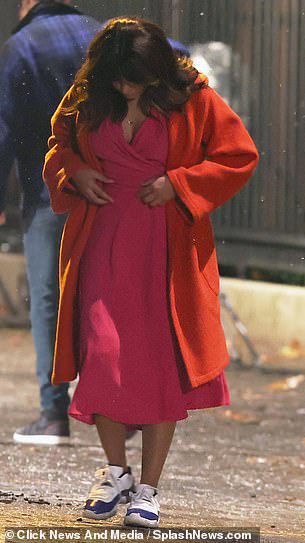 Ready to go: She appeared to be in good spirits as she walked around the street (left) and fixed her bold costume (right) 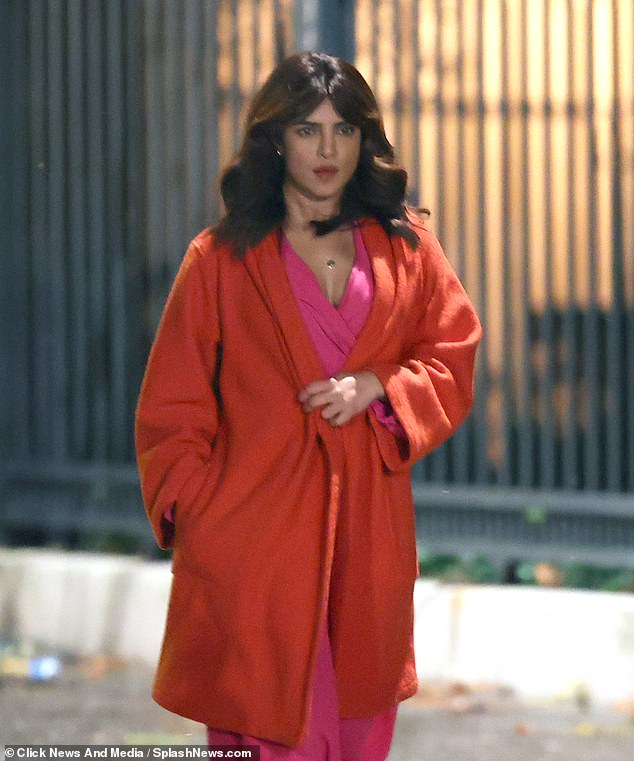 Stunning: Priyanka wore her dark locks down and styled into waves 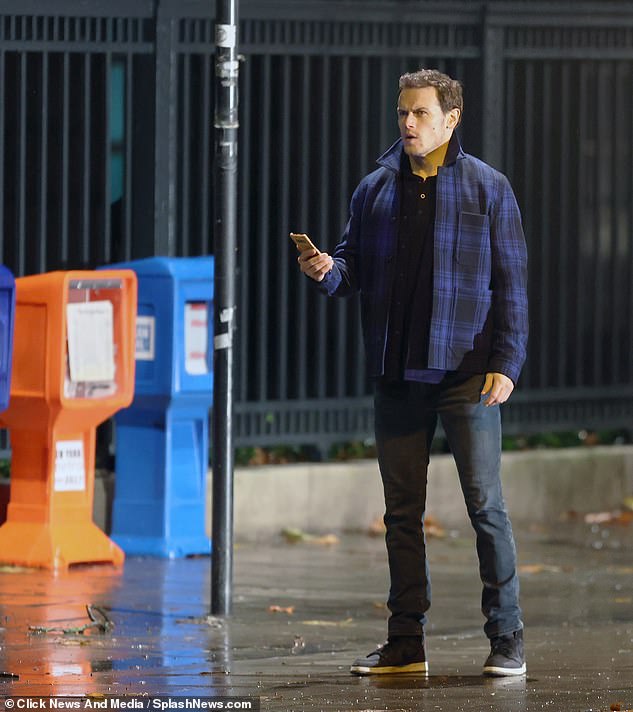 In character: Sam looked dapper in a checked jacket and jeans

Priyanka’s latest night of filming comes after she and Nick celebrated their second wedding anniversary.

The couple tied the knot in India on December 1 of 2018, as well as during a Hindu ceremony on December 2.

Marking the special occasion, Nick shared stunning snaps from both of the days to his Instagram on their respective anniversaries. 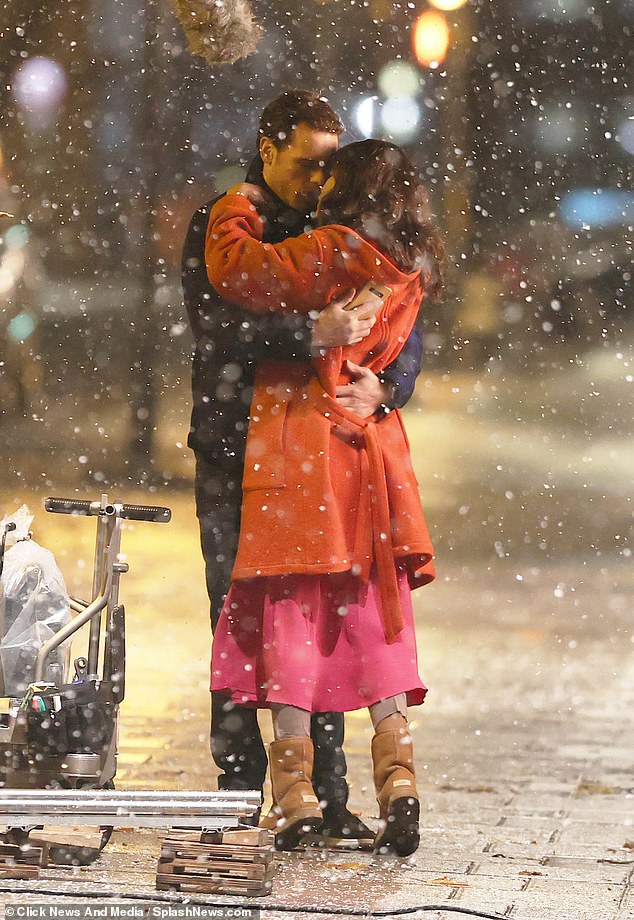 Leaning in: Priyanka had to stand on her tip toes to film the romantic moment 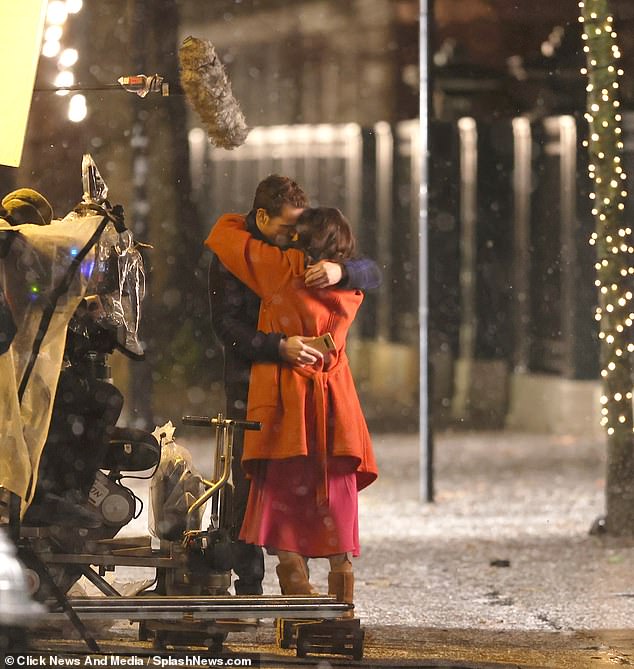 Film: Text For You follows a young woman as she grieves the tragic loss of her fiancé and decides to send romantic messages to his old phone number 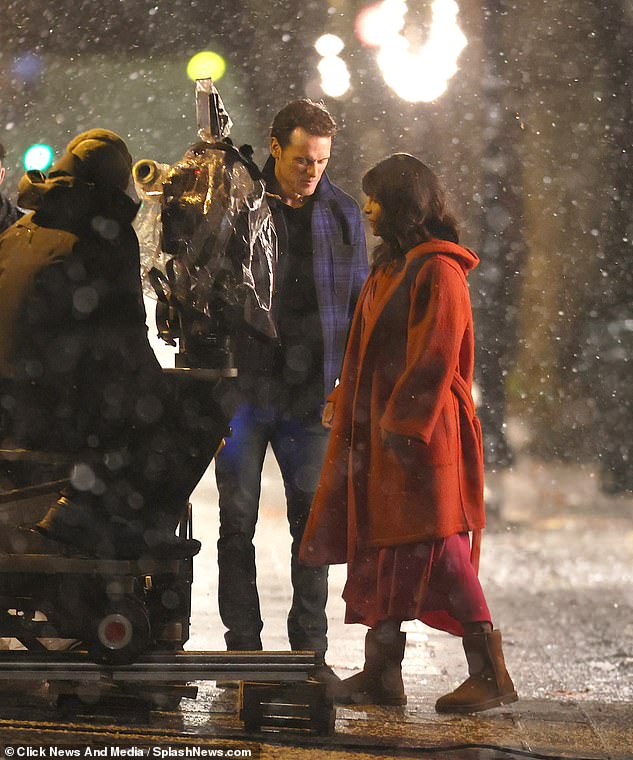 Preparing: Sam and Priyanka had a quick chat before locking lips 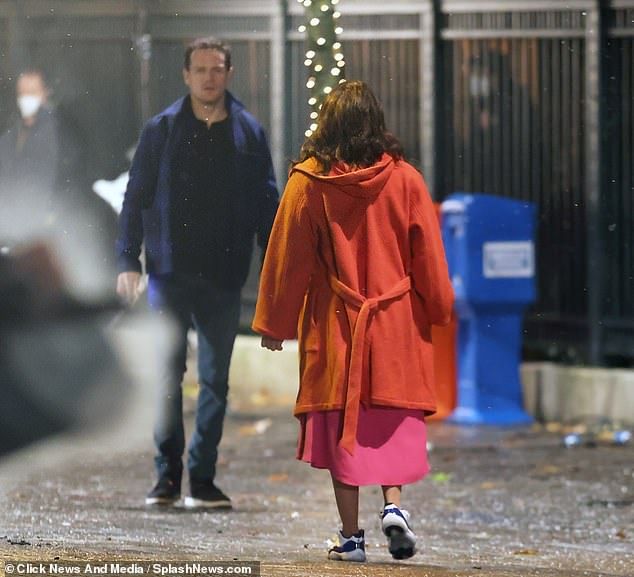 ‘Two years married to the most wonderful, inspiring and beautiful woman. Happy anniversary @priyankachopra I love you,’ captioned the member of the Jonas Brothers on the post.

In an interview with People in early November, Priyanka opened up about how ‘comfortable’ she is being married to Jonas, but that she was disinterested with the concept of marriage in her twenties.

‘For a really long time, I was like, I don’t know. Being married was such an alien thought. But [now] I am so comfortable in it,’ she explained to the outlet.

She noted that in her younger days she ‘loved the idea of being married,’ but that her career aspirations trumped all. 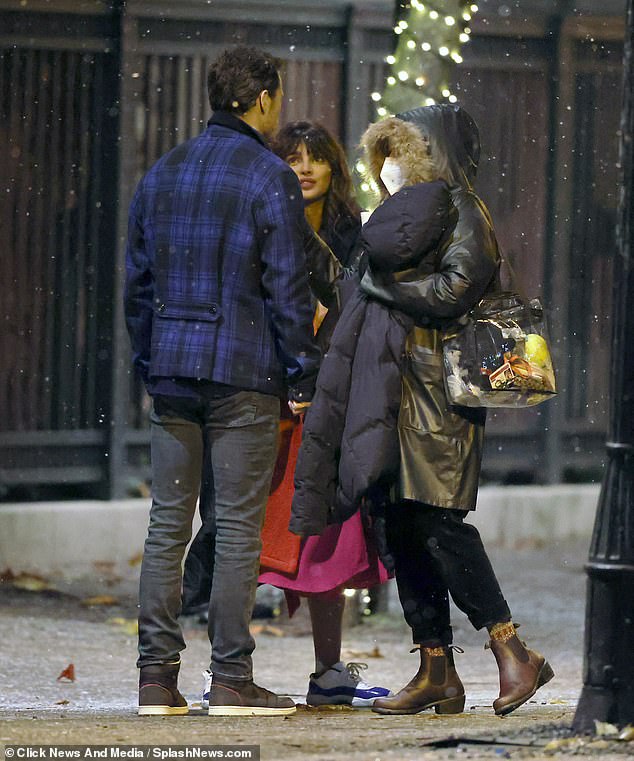 Cold: Another woman joined the actors as they chatted inbetween takes 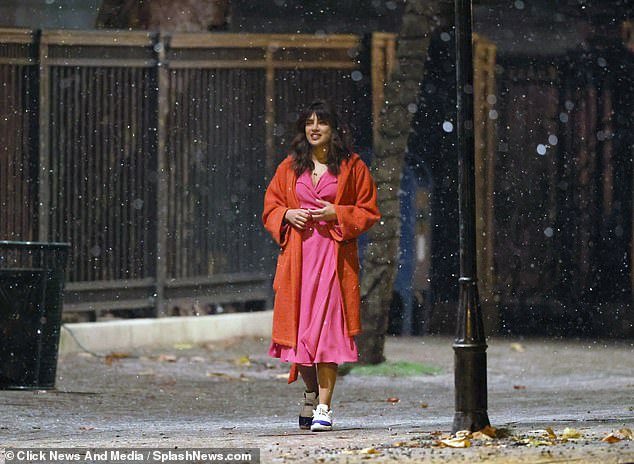 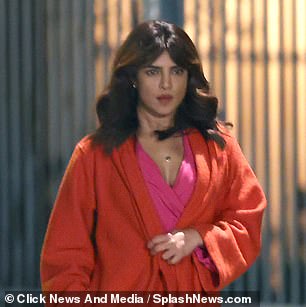 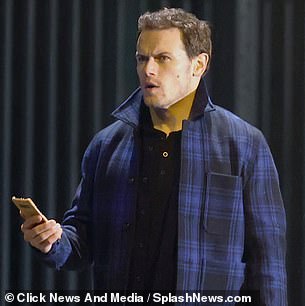 Leads: The duo’s characters are both dealing with heartbreak when they meet over message 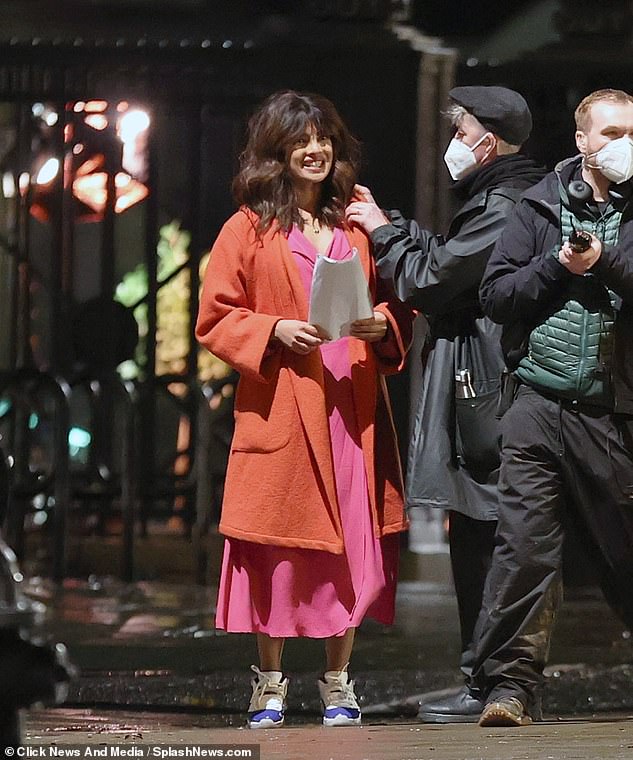 Having fun! Priyanka appeared to be in great spirits as she put on an animated display and went over her script

‘I was fascinated with the idea of being a bride when I was a child without realizing what it really meant. But when I got in my 20s, I said I have got things to do, I didn’t know what it would have meant.

As for how Priyanka found the ‘right person,’ the star said that ‘you have got to stop looking, that is how it worked’ for her. 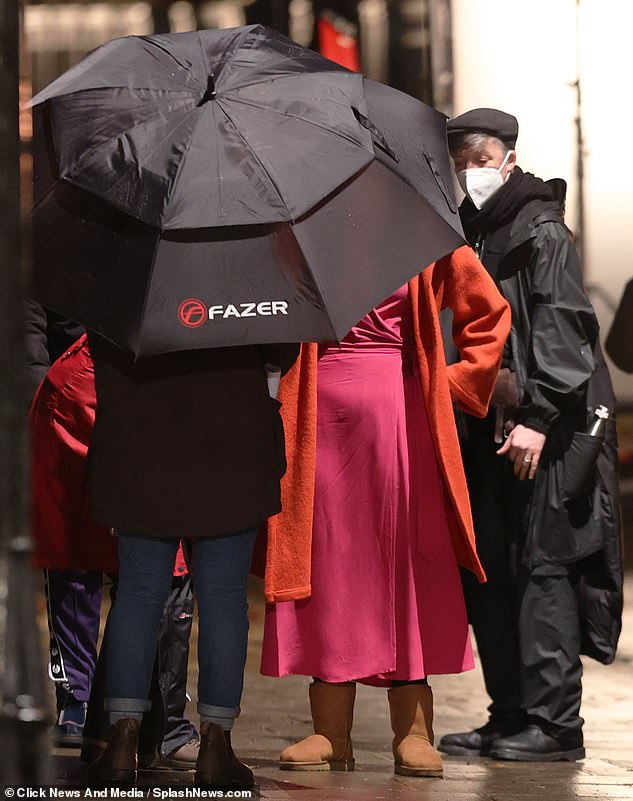 Rainy? She took cover under a large umbrella as the skies opened during filming

Why some tech companies and billionaires are leaving California

Hitman 3 Releases On Nintendo Switch Later This Month Via Cloud

Latest Sky TV upgrade has just been matched by a totally...

Taylor Momsen remembers Jim Carrey being ‘so kind’ while shooting How...

The Masked Singer UK ‘is rocked by mole who has leaked...