In 2012, one of the biggest deals in the history of entertainment was made. Disney bought Star Wars from George Lucas, along with Indiana Jones and Lucasfilm’s operating businesses. Disney quickly got to work on a new trilogy of Star Wars films, shows, and of course, video games.

LucasArts were already working on games like Star Wars: 1313, an FPS, and more unannounced games. By all accounts, they had a pretty diverse and impressive slate of games in the pipeline with 1313 being approved by Lucas himself. There was a lot of potential, it was looking like Star Wars would have an exciting few years in gaming. Then Disney came in and pulled the plug on LucasArts in early 2013, canceling all projects in the process. Shortly after, Disney entered a 10-year deal with EA to be the exclusive developer/publisher of Star Wars console games with the exception of Lego titles.

Since acquiring the license about 8 years ago, EA has published 4 triple-A Star Wars games and canceled at least 4 others along with shuttering an entire studio. TT Games has also released 1 Lego Star Wars game in this time. 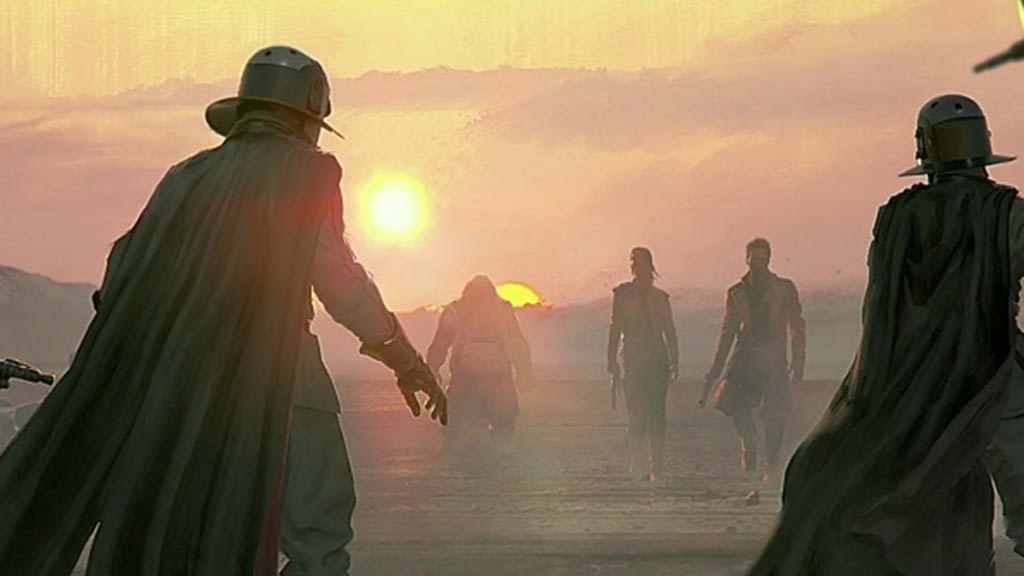 In the last 8 years of LucasArts, there was a lot more output. Over 10 Star Wars games were made during this time including a sequel to Knights of the Old Republic, 2 Force Unleashed games, Revenge of the Sith, Republic Commando, Battlefront 2, and more. Not to mention TT Games producing an entire trilogy of Lego Star Wars games. LucasArts also had a plethora of handheld and mobile games released during this time.

It was a really good time to be a Star Wars fan and even more promising titles like 1313 were sacked. EA simply hasn’t shown much care for one of the most iconic franchises of all-time and it hurts. Sure, Jedi: Fallen Order was pretty solid and Battlefront 2 made a comeback after a rough launch but EA is still leaving a lot to be desired.

EA has been playing the greatest hits of Star Wars for a while now, with the exception of Jedi: Fallen Order which was a breath of fresh air. Other than that, they’ve been coasting on the coattails of the Battlefront name and Squadrons is a modern reimagining of the old-school LucasArts flight simulators. EA has not taken risks, they’re playing it far too safe and as a result, it’s not as exciting. Anytime someone tries to do something new, it gets axed. 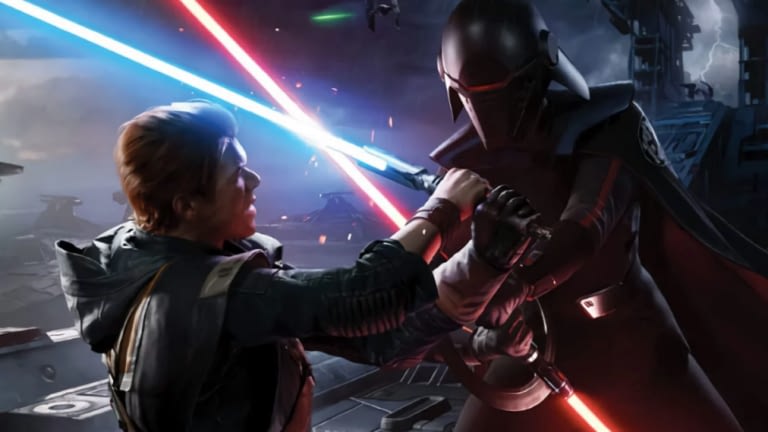 While it wasn’t being made under EA, 1313 was going to be a mature-rated Star Wars game, the first of its kind. This was a bold direction for a series that is meant to appeal to all ages but after 40 years, you have to shake it up a bit. If EA wants to make any sort of notable mark on this massively popular IP, it’s time to start taking risks.

While I’m not suggesting they just throw everything at the wall and see what sticks, the joy of Star Wars is sorely lacking in games. The rest of the extended universe is thriving with new projects that go in different directions but games are just stuck treading water.

There’s a strong craving for non-Jedi related stories. Squadrons and Battlefront 2’s story modes both briefly scratch the surface here but what some people want are that prestige-level single-player adventure. Something like an Uncharted but as a bounty hunter, just like 1313. EA had started to explore this in some of their canceled titles but alas, they were scrapped. 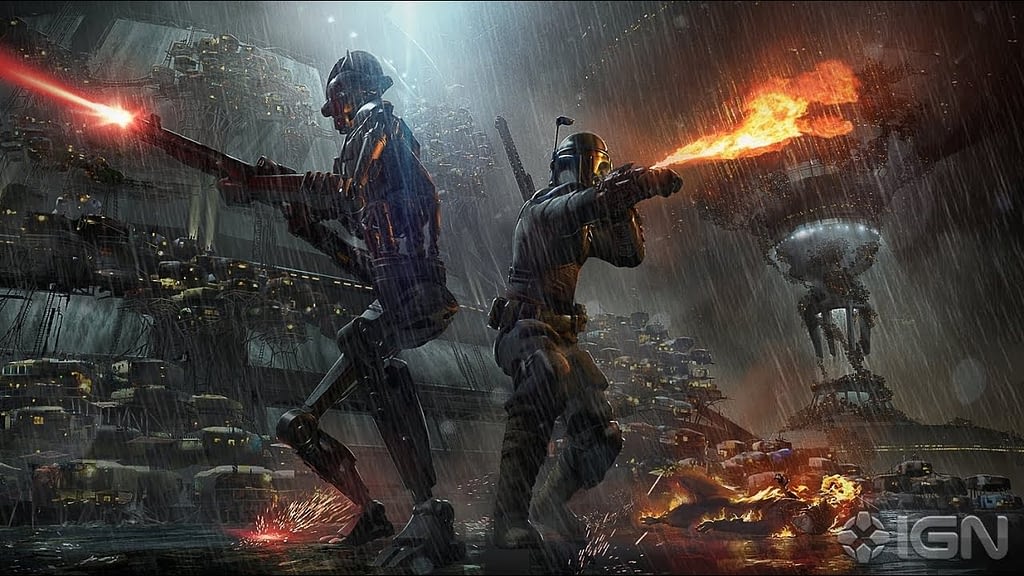 This isn’t by coincidence. EA reportedly canceled Visceral’s game, Ragtag, because it didn’t have Jedi in it, amongst a few other reasons. According to a 2017 report from Kotaku, EA has a tendency to make their Star Wars games with focus testers in mind. They want Jedi, Chewbacca, and really iconic Star Wars iconography or characters in their games. It’s why Battlefront works so well for them, famous locations, iconic characters, and the ability to tie it in with movies. It’s able to appeal to even the most casual person with bare minimum Star Wars knowledge.

It’s ok to have that but it’s also important to go beyond that. The Skywalker Saga has concluded and while Disney will make more movies, they seem to want to explore new universes and characters. The Mandalorian and a number of upcoming Disney+ shows are starting to flesh out the Star Wars universe in much more interesting ways. Why is EA not following in the Mouse’s footsteps?

Perhaps the absence of anything really bold is just a lack of passion for the IP. It seems like EA had a general idea for where they were going to go with the IP but it went south rather fast. Leadership changed, causing new company heads like Andrew Wilson to inherit the Star Wars deal. Rumors suggest he wasn’t keen on handling Star Wars as he wanted to double down on original IP like Battlefield and Titanfall. Given their output this past generation, that carries some weight. 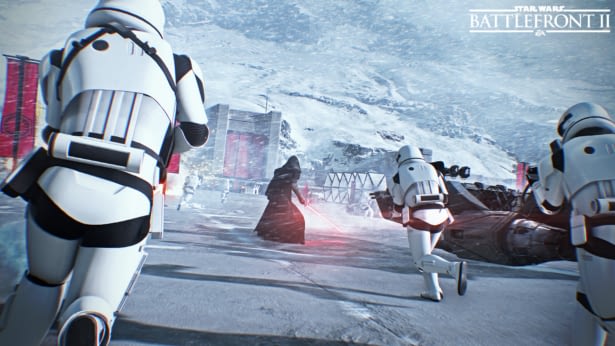 We really have no idea what comes next for Star Wars while under EA. A Jedi: Fallen Order sequel is probably likely alongside a possible Battlefront 3 but outside of that, we know nothing.

Ideally, once EA’s licensing deal with Disney expires, Disney will take a much different approach. The media giant has been allowing different developers and publishers to put their own spins on Marvel heroes like Spider-Man. If Disney took pitches from various developers on a case by case basis, we could not only possibly get more Star Wars games but also ones that are made with purpose. There won’t be pressure for one publisher to put their various teams to work on these franchises in order to maximize the value of a licensing deal.

Star Wars is a rich universe. It’s a long time ago in a galaxy far, far away, a whole damn galaxy in the long distant past! Instead of focusing on what we know, it’s time for something new or to really enrich what we know. EA thus far has only created experiences that tap into the nostalgia for Star Wars fans. We’ve yet to get something with the depth of Knights of the Old Republic and it’s incredibly frustrating. We need more perspectives, new stories with new characters, and fresh takes on George Lucas’ brainchild. 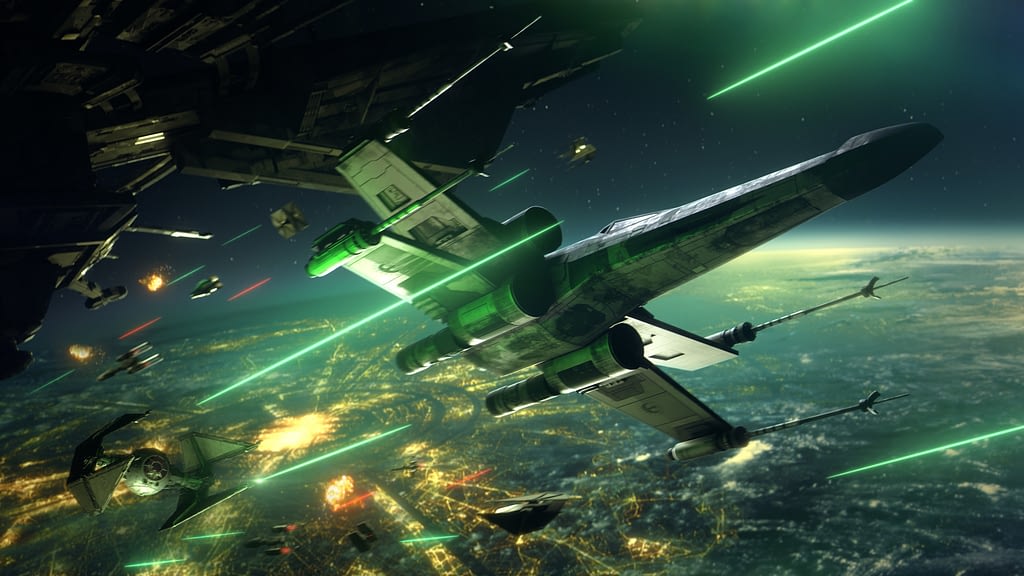 Star Wars is a series that provides so much joy, excitement, and hope. Everything about it oozes purity. The very opening of each film with its big, bursting yellow font and overwhelmingly fantastical orchestral score is something that awakens a child in all of us. It’s a thrilling escape filled with new cultures, terrains, and adventures. I really haven’t felt that enthusiasm with EA’s addition.

I’m not saying any of this to ride an EA hate train because I think they are very capable. I just love Star Wars. I want to see it prosper across all mediums, just like it once did. Disney and EA have yet to really figure that out, sadly. I hope that now the “Star Wars is back!” craze has died down a bit and is now just a regular thing that’s part of pop culture, Disney will take their time to really figure out where they take the brand.

The next Star Wars video game will be Lego Star Wars: The Skywalker Saga in 2021. From what I saw at a behind-closed-doors demo at E3 2019, the game does look incredibly cool and special. It’s likely it’ll be the best Lego game to date even but it’s still something we’re very familiar with. I said it once, I’ll say it again: It’s time for something new.

Apex Legends Might Be Coming To Nintendo Switch Very Soon

Jenny Cipoletti’s Pandora Holiday Picks For Everyone On Your List

Shoppers with store cards could lost out as Arcadia and Debenhams...