New Practice is a Glasgow-based architecture firm founded by Becca Thomas (ARB) and Marc Cains in 2018. The pair have been in creative partnership for longer, however, working together since 2010 on international projects including the 13th Venice Architecture Biennale, 2012 World Design Capital, 2014 Commonwealth Games, 2016 Lahore Biennale, and 2017 Kosovo Festival of Architecture.

Working at a range of scales, from community-led development projects to adaptive reuse of civic buildings, New Practice’s focus is on involving the community in the development of urban space. The team lists beauty, practicality, and social and environmental sustainability as essentials for ‘healthier and happier neighbourhoods’.

This approach to place-shaping, using shared decision-making and community-led briefs, has won the team a number of awards already for UK and international projects, including the 2012 RSA Gold Medal, 2014 Herald Society Award, and 2018 Scottish Quality in Planning.

New Practice is also a part of the mayor of London’s Architecture, Design and Urbanism Panel, working with clients including Croydon Council, Brick By Brick and Ealing Council. Between them the directors also hold appointments on the Glasgow Urban Design Panel, the Design Council, the British Council Hubs Advisory Board, and the ArchitectureLGBT+ board. 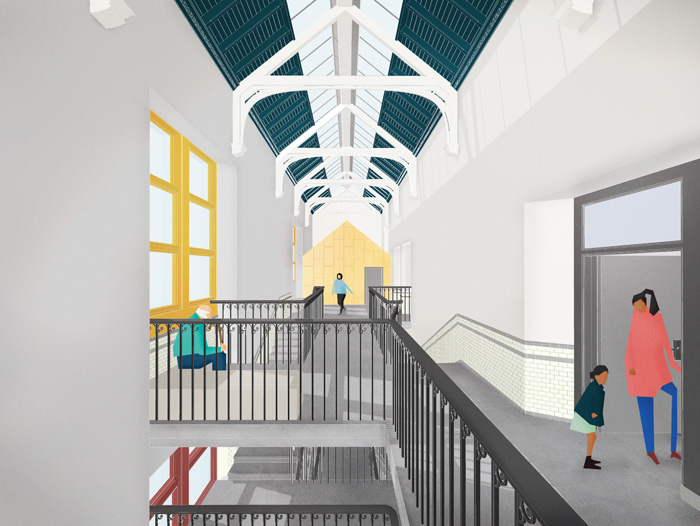 Currently on-site is an adaptive reuse project for a community centre in a dilapidated Edwardian school building in Glasgow. After a group staged a sit-in for 55 days and nights to fight its closure, lottery and government funding is now allowing New Practice to redevelop the site and maintain and expand this valuable local resource, prioritising accessibility in the design of these flexible community and creative spaces. 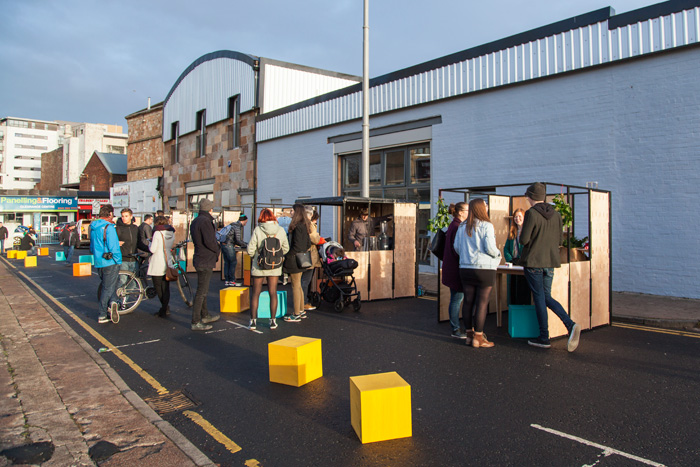 : Many Studios is home to studios, shops and galleries for over 60 artists and creative practitioners – including New Practice itself. Located in Glasgow’s The Barras, the conversion of this former market hall aimed to welcome new and existing communities, keeping the building ‘part of the street’. For this award-winning project, New Practice has also programmed temporary and permanent artworks, created maps for the area, and designed new market stalls with architecture students. 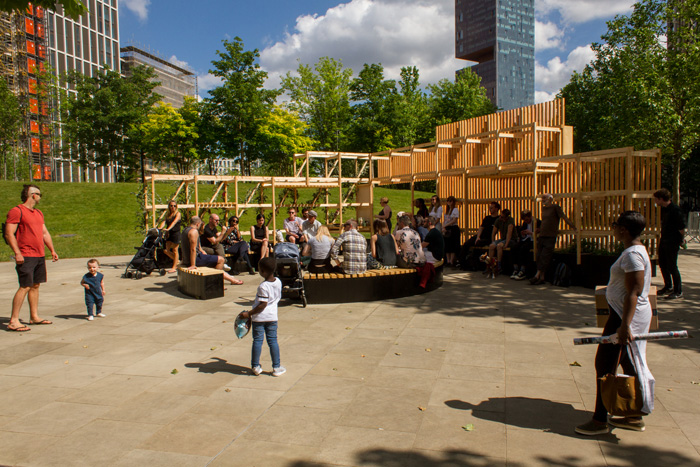 Subtle Shifts was an installation for the London Festival of Architecture 2018, located in the East Village, around which a series of events were held. The project was designed to look at how subtle changes to a space lead to a wider long-term shift in its identity. Intended to last the festival duration, the temporary structure proved popular enough with the community to stay for eight months.

Statins side effects: Dry, itchiness, bitterness and a cough may be due to the drug

Mortgage: How homeowner, 26, boosted bank balance by hundreds and saved...

If Only: Sharon Wright, principal at Hassell