Mercedes boss Wolff and Red Bull team principal Horner have never shied away from firing a few shots at the other here and there in recent seasons, but in 2021 the rivalry between the pair really has started to heat up.

With both teams going head-to-head for the Drivers’ and Constructors’ titles, there was always going to be flashpoints, but this season other off-track factors have furthered the tension.

Red Bull are in the process of putting together their own power unit division, and in doing so have poached several staff from Mercedes’ Brixworth base just down the road.

And the latest drama revolves around the wings on both the Red Bull and Mercedes challengers.

The FIA will bring in new tests on the flexibility of rear wings as of the French Grand Prix, stemming from Lewis Hamilton’s comments about the bendy Red Bull rear wing back at the Spanish Grand Prix. Red Bull, though, believe that Wolff was actually behind those comments.

Red Bull hit back by pointing the finger at Mercedes’ front wing, and all of this is heading towards the two teams potentially protesting each other at the upcoming Azerbaijan Grand Prix.

Wolff actually told Sky Italia that he would rather battle with Ferrari instead of Red Bull, so Rosberg senses personal dislike from Wolff towards Horner. 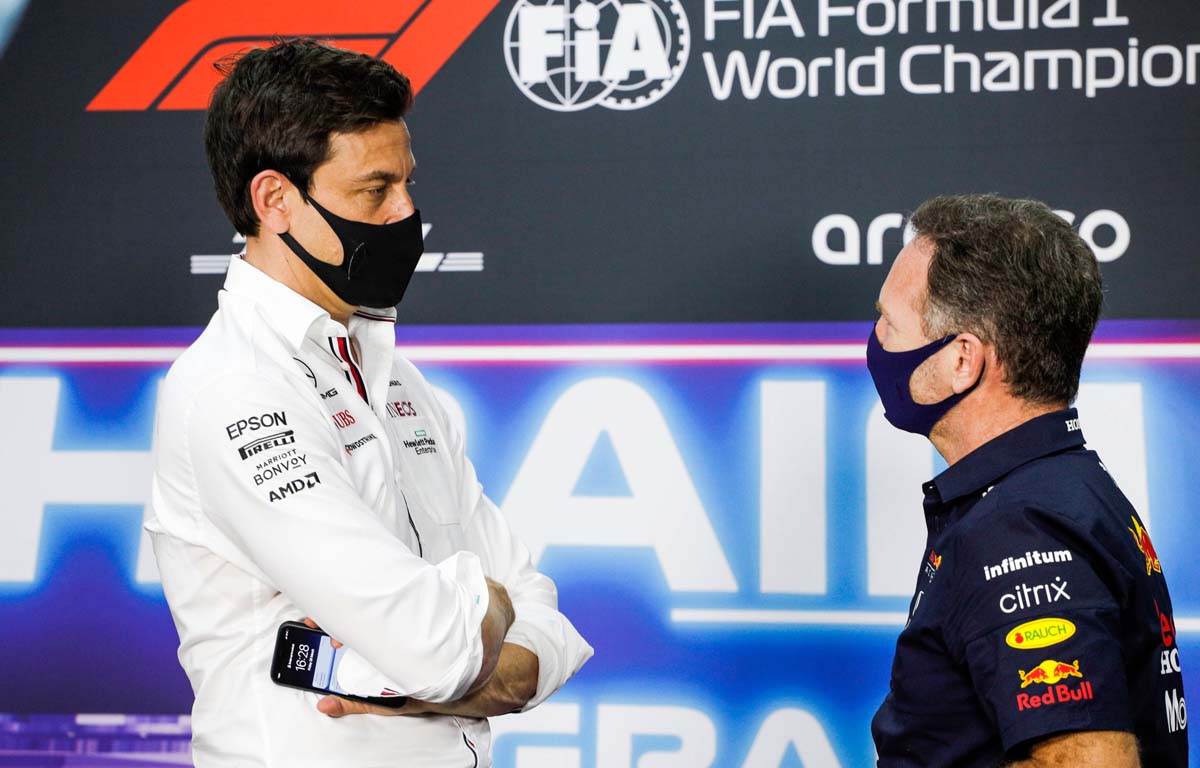 “I think Wolff doesn’t like Horner very much because he’s not always that, shall we say, sympathetic to him.

“You are really going to see a tug-of-war there now because Mercedes says they are going to file a complaint, a protest and so Red Bull is going to do the same.

“It’s going to be a real thing when all that happens next race. I’m really curious how it’s all going to work out. It might happen before Baku, so that keeps everybody in suspense.

Red Bull are ahead of Mercedes in both World Championship fights after five rounds, with Max Verstappen four clear of Lewis Hamilton in the Drivers’ battle and Red Bull one point ahead of the Silver Arrows.

Max Verstappen ‘doesn’t give a damn’ about ‘fair competition’