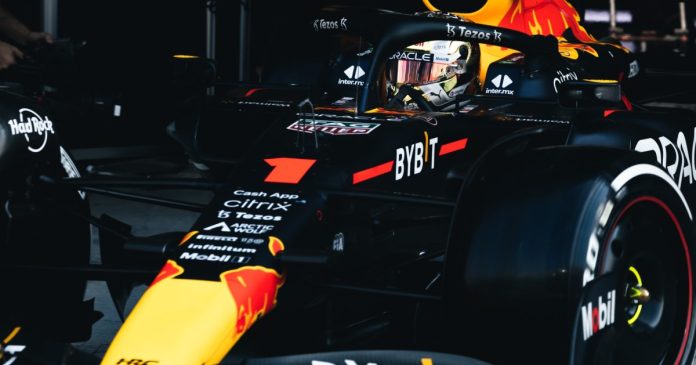 Adrian Newey has said that Red Bull will continue with their current car design concept for the 2023 season.

After starting the season slightly off the pace from Ferrari, Red Bull’s RB18 developed into one of the most dominant cars of recent years.

The Milton Keynes team secured 17 wins from the 22 Grands Prix this season en route to the Drivers’ and Constructors’ Championships.

Their dominance has raised questions on the car designs of rival teams, and whether or not competitors will look to Red Bull’s design for inspiration.

When asked about Red Bull’s design direction for 2023, Red Bull’s Chief Technical Officer Newey revealed that the team will proceed with the current philosophy.

“We will continue to develop our concept because we know it best,” Newey told Auto Motor Und Sport.

“But I don’t dare say whether our way is the best way. It’s quite possible that someone else will turn the corner with a better idea.”

Red Bull have impressed many by being involved in back-to-back championship battles, despite the regulation changes of 2022.

The change in technical regulations has generated more variation in car design than anticipated, which Newey believes signals more design opportunities ahead.

“It means that none of us is absolutely right and there must be something better,” added Newey.

“You can never isolate things like wings or the sidepods. Everything only works as a package.

“A Ferrari side box will not fit our underbody and vice versa. There’s always an interaction between these elements.”

Newey also cautioned that big design breakthroughs can happen at any time, pointing to the ‘double diffuser’ example from 2009.

“We all don’t know yet where we’ll end up bumping up against as we develop our own concepts,” commented Newey.

“Maybe another one has much greater development potential that’s still trailing today.”

“Think about the double diffuser. That loophole in the transition from the floor to the step was always there. It just hadn’t been discovered by anyone.”

How Sargeant missed out on an important superlicence point