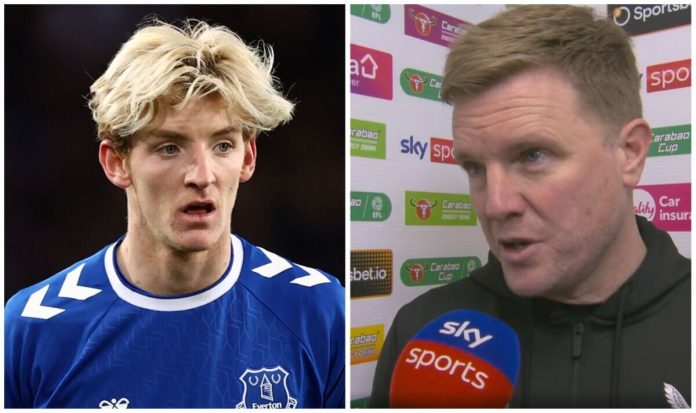 Gordon, who reportedly missed Everton training on Tuesday in a ‘planned absence’, has played a bit-part role in recent weeks after being benched by Frank Lampard.

The Everton boss was relieved of his duties on Monday after a run of nine defeats in 12 games left Everton down in 19th place in the Premier League, with relegation a real threat to the Merseyside club.

The Toffees could offload Gordon and midfielder Amadou Onana this month as the club prepare to bring in a new manager and that could work to Newcastle’s advantage, having had £35m and £40m bids rejected in the summer.

However, with Everton said to be holding out for a £55m fee, it remains to be seen whether the North East outfit – who have been careful not to risk a Financial Fair Play breach – would be willing to pay such an amount.