McLaren principal Andreas Seidl does not believe that his team can consider themselves as equals of Mercedes and Red Bull yet.

Despite not featuring in the battle for the Drivers’ or Constructors’ title in 2021, McLaren have pulled off surprise results on several occasions this season, with the highest point arriving at Monza.

Daniel Ricciardo would lead home a one-two finish for McLaren in front of the Italian crowd, their first since Canada 2010 and a result very much achieved on merit.

Lando Norris then took pole at the following race in Russia and looked very much in contention for victory as he defended P1 from Lewis Hamilton, only to be caught out by a late rain shower.

But despite that setback, the last two races for McLaren have been filled with positives.

That being said, Seidl remains realistic, stating that his team still have work to do across the board until they are an equal to Mercedes or Red Bull.

“Despite what happened at the end of the race [in Russia], we have a team that is most of the time spot on with the strategy, with tyres and so on during a race, so I am very happy with the progress we are making,” Seidl is quoted by The Express.

“But of course, compared to the teams that are ahead of us in the Championship, we still have deficits, I would say, in all areas.

“That is why it is important after a weekend like Monza, for example, or after the pole position in Russia, that the first thing you have to do is analyse what you could have done better because there is always something you can do better.

“The moment you are satisfied with what you have achieved is the start of the decline so that is how we approach it.” 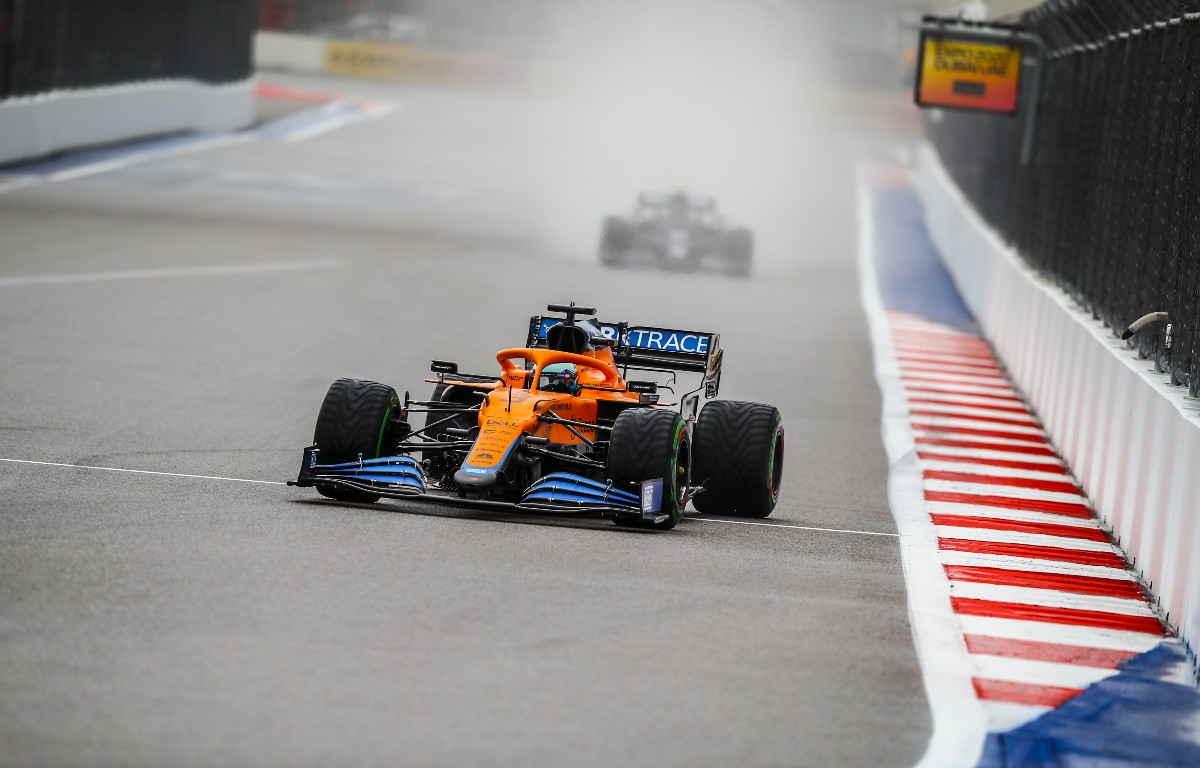 Much has been said about McLaren’s strategy in Russia and their decision not to overrule Norris’ desire to stay out as the rain fell.

But in his two-and-a-half seasons with McLaren, Seidl has seen clear progress in how the team executes a race weekend.

“It is clear when I look back at the last two and a half years, we have made big steps forward in terms of the execution and operation as a race team during race weekends,” he said.

“A big part of that is this ability we have in the team, in terms of personnel. We are building this up together, learning from the mistakes that are happening and that is what we see in terms of results.

“I don’t want to say too much, but we have a great run of reliability which is obviously a key to scoring all of these points all the time from the car side.”

Brighton footballer in his 20s arrested on suspicion of sexual assault...

Desperate Iraqis the latest pawn in Belarus standoff with EU