Verstappen went into the 2021 title-decider level on points with Lewis Hamilton, and as the race progressed it was Hamilton who took control of proceedings, leaving Verstappen needing a miracle.

As it turned out though, Nicholas Latifi provided that miracle when he put his Williams into the barriers following a scrap with Mick Schumacher.

The resulting deployment of the Safety Car allowed Verstappen to pit for soft tyres and retain P2, and with Hamilton not pitting, that meant that suddenly, if the race resumed, Verstappen had a golden opportunity to pass Hamilton and win the World Championship.

Ultimately the track did go green again for one final lap, allowing Verstappen to make the overtake on Hamilton and go on to become World Champion for the first time in his career.

For his mum Sophie, for whom racing also run is her blood, the magnitude of Max’s success is only just starting to sink in.

She admits that Hamilton was the stronger driver on the day, but rightly that does not dampen the feeling of joy in any way. 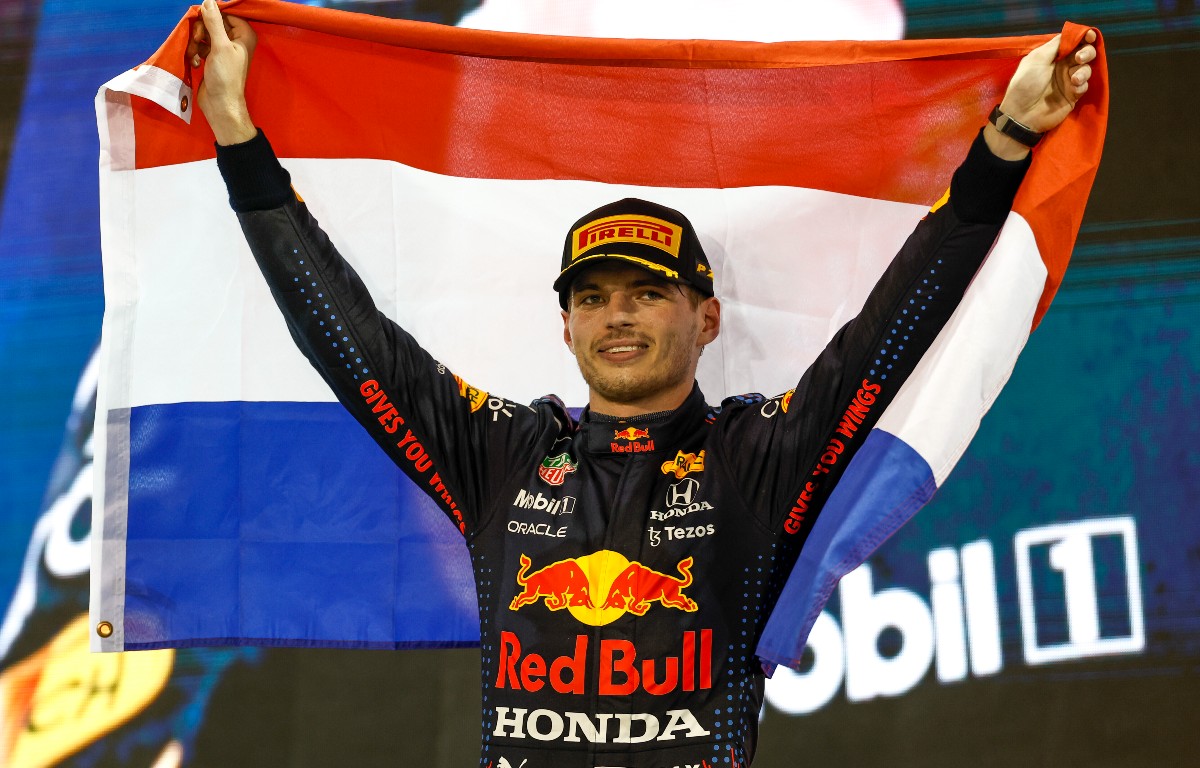 “Only now do we begin to realise: my son is F1 World Champion,” she said in an interview with Belgium’s Het Laatste Nieuws.

“I screamed and cried. Max was a lion because, it has to be said, Hamilton was the strongest in the race. The angels helped us.”

Verstappen was quick to call his mum after his epic triumph, but the first question he asked was not what you would have expected.

“Immediately after the GP, there was a phone call from Max: ‘I was pleased to hear from him even though he was a bit upset,” Sophie recalled.

“The first thing he asked me? How many times did I go to the bathroom during the race…”.

Verstappen races under the Dutch flag, but was in fact born in Belgium.

And so, the epic season-finale united both nations as the “whole neighbourhood”, Dutch and Belgian folk alike, came to cheer on the 24-year-old with Sophie.

“It’s incredible what triggered this success. We started following the race with almost the whole neighbourhood,” she revealed.

“People came from all over. Belgians and Dutch together, all for Max. Something really unique. An even more special victory.”

Hate robocallers? CRTC says telcos have until the end of the...

China’s Xiaomi raises $1.2 billion in debt as Beijing targets the...

Outriders Review – Chaos That Surprises In The Best Way