The latest updates to driver ratings on the F1 2021 game are out, and Max Verstappen has dropped below Lewis Hamilton in the rankings.

The two World Championship rivals both started ranked 95 on the game’s overall ratings system, but while Hamilton has lost a point to go down to 94, the in-game calculations have dropped the Red Bull driver’s statistics to form a rating of 93.

The game’s developers say the ratings are calculated on these metrics: 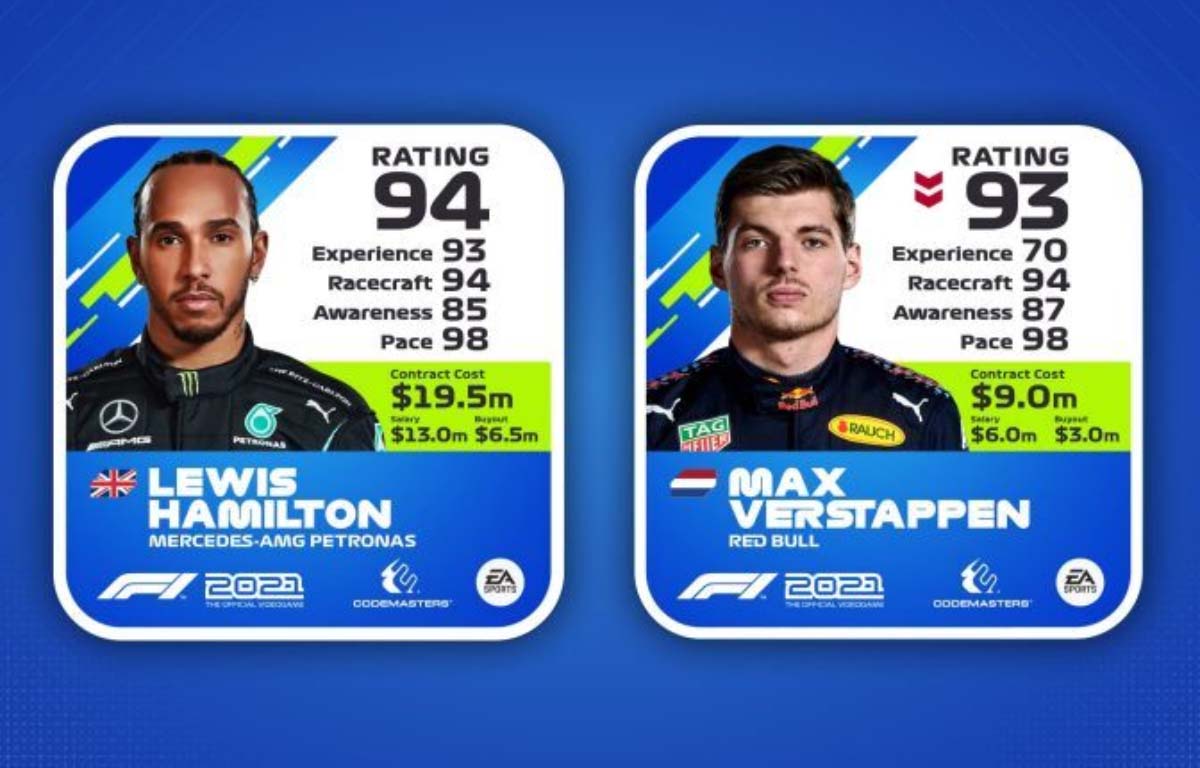 These ratings change based on real-world events, say EA Sports, and they are weighted towards recent results and driver performance in those races.

The most recent changes, based on results up to the Italian Grand Prix, have also seen the likes of Esteban Ocon and Sergio Perez drop in the ratings, while Carlos Sainz and Valtteri Bottas have jumped up a point each respectively.

Verstappen’s drop in rating was explained by EA and Codemasters when the new rankings were announced: “Max Verstappen’s Racecraft increases by one, however, it’s that incident at the Italian Grand Prix, with the subsequent penalty from the stewards, which has proved costly, dropping his Awareness by nine points, causing his Overall Rating to fall by two.

“In the battle of the driver ratings, Lewis Hamilton is currently in the lead, as his performances have ensured his ratings remain the same [from the last update].”

(Overall points change from the game’s release in brackets)

Man Utd rank behind Brighton and West Brom in list which...

Canadian dollar flirts with 79 cents US for 1st time since...