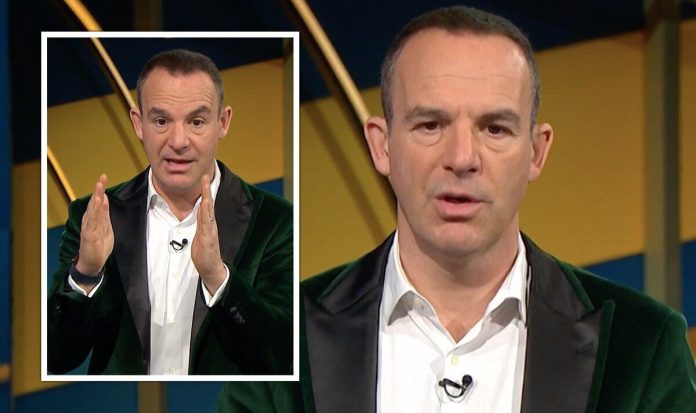 As living costs rise and disposable income dwindles, Britons have been searching for savings accounts that offer the best rate of return on their investments. Financial journalist Martin Lewis delivered a segment on The Martin Lewis Money Show on Tuesday evening as a “call to arms” to help savers invest in the best accounts, sharing five offering the highest rates.

Addressing a question from a viewer on what account would be the best option for her £35,000 savings, which is currently placed in a 0.65 percent account, Mr Lewis said: “You should be earning a minimum of 2.9 percent”.

“The bog standard place you should start is having your money in the top easy access. That’s where you put the money when you’re deciding what to do with it – you maximise it.

“The reason I say put your money in easy access is that it’s flexible, you can take the money out whenever you want and if the rate no longer looks good, you can withdraw it and put it elsewhere.

“All the rate shave changed today and there are so many different easy access variants, but the top interest is Yorkshire Building Society at 3.35 percent up to £5,000.”

Mr Lewis listed Cynergy Bank’s easy access saver as third on his list, as it offers “20p per £1,000 less interest” than Shawbrook Bank’s.

Moving on to discuss household name banks, he said: “You’ve got Sainsbury’s Bank offering 2.87 percent and it only allows three penalty-free withdrawals a year and if you want the high street name, Nationwide is offering 2.5 percent.”

Addressing the “slightly different” savings accounts, Mr Lewis said Chip has a higher rate, but it isn’t in interest.

He explained: “Chip pays you a three percent bonus. The savings you have with it is protected under the £85,000 savings safety, but the bonus isn’t. They’re going to change this in the middle of February and it’ll look more competitive then.”

READ MORE: ‘I’m a personal finance expert and my 10 money tips could save £50’

“You have to check what they’re paying because they can drop the rates – you have to look out for it.”

Noting a few other accounts offering high interest rates but are only available to those who bank with them already, Mr Lewis listed Barclays’ Rainy Day Saver as paying just over five percent on up to £5,000.

He also listed Santander’s Edge Saver at four percent on up to £4,000, before adding that switching to this bank will be rewarded with a free £200.

He said: “HSBC’s customers can get three percent on up to £10,000, although every month you withdraw money the rate drops, so it’s more for someone who wants to put their money away and leave it.”

Broadband and mobile bills to go up in April – full...

Savvy saver slashes energy bills by £30 a month and cuts...