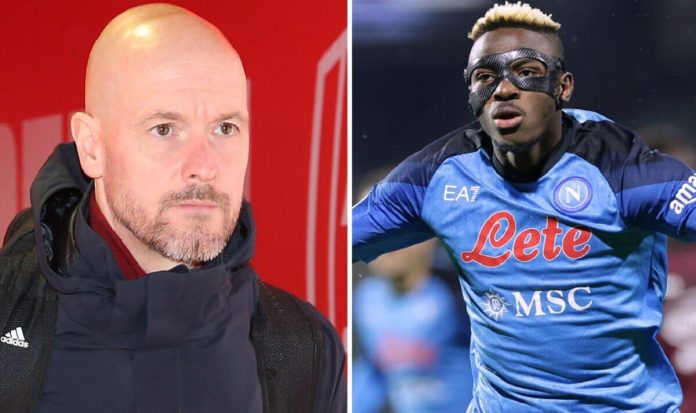 Victor Osimhen could be United’s man in the summer if they are rebuffed by Harry Kane, who has signalled his interest in renewing his contract at Tottenham. Napoli would demand at least £100m for his services after a season in Serie A where he already has 13 goals in 15 appearances so far.

Osimhen’s £100m fee, Bellingham’s £130m, Gusto’s £35m and Raya’s £20m would total £265m, an expensive potential summer window, though a firesale involving the likes of Harry Maguire, Wan-Bissaka, Victor Lindelof and Donny van de Beek among others would likely take some of the financial burdens away, especially if United do return to the Champions League.