London’s Metropolitan Police force was under heavy pressure Sunday to explain its actions during a vigil for a woman whom one of the force’s own officers is accused of murdering.

Hundreds defied coronavirus restrictions to gather and protest violence against women, but the event ended with clashes between police and those attending and many questioned whether the police force was too heavy-handed.

Home Secretary Priti Patel said scenes from Saturday’s vigil in south London were “upsetting” and she is seeking a full report on what happened from the Metropolitan Police. The capital’s mayor, Sadiq Khan, said the police response was “at times neither appropriate nor proportionate.” 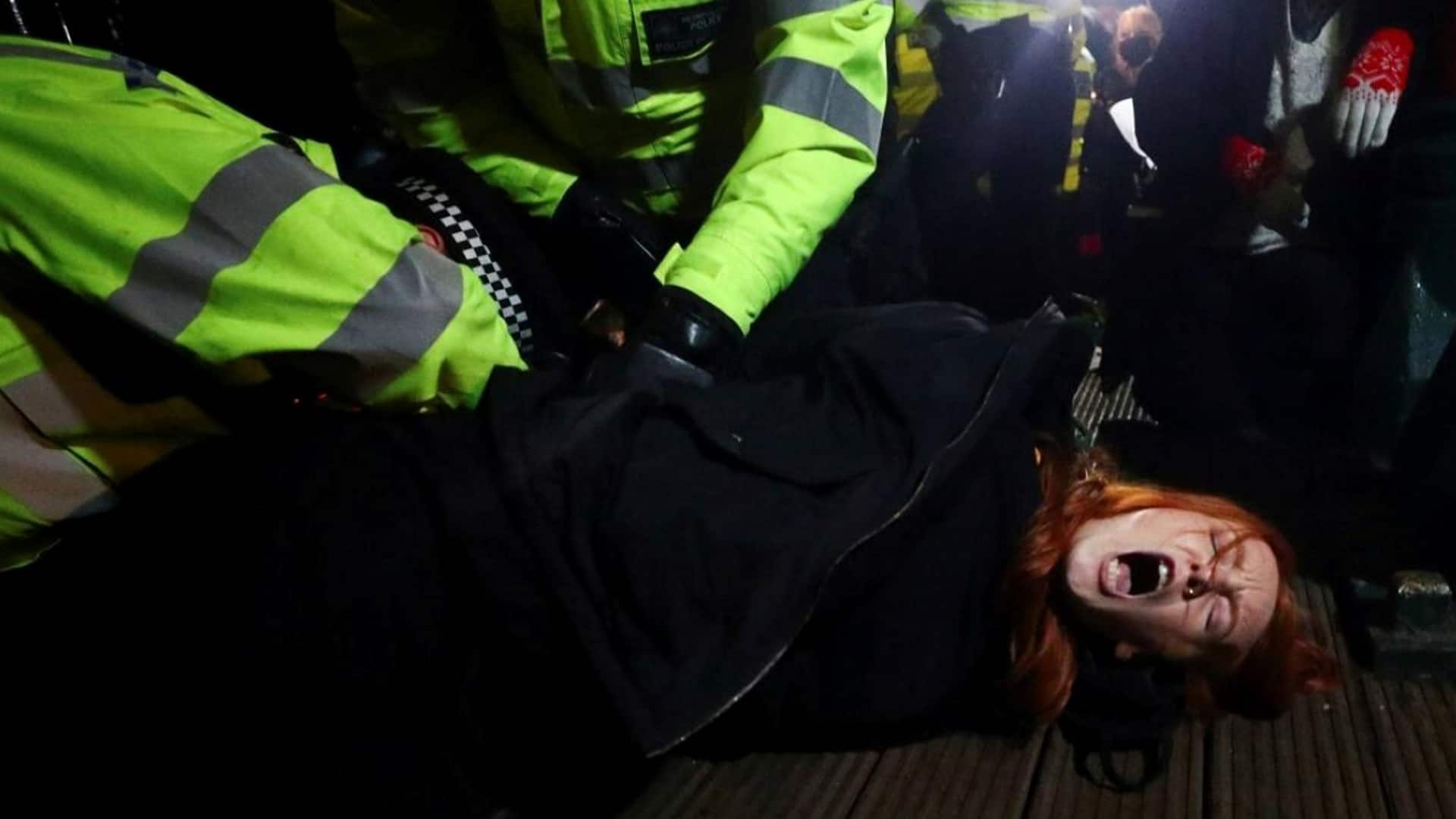 Despite police warnings of fines due to COVID-19 restrictions, hundreds turned up Saturday in the Clapham area of London, U.K, to pay their respects to Sarah Everard. Several people were detained by police, who did not immediately confirm the number of arrests. 4:25

Police were seen scuffling with some women at the event, and one woman was seen pinned to the ground by two officers. Video widely shared on social media showed a woman was pulled up from the ground by officers who then shoved her from the back. Several women were led away in handcuffs as other attendees chanted “Shame on you” at police. The force later said four people were arrested for violating public order and coronavirus regulations.

Defending the force’s actions, Assistant Commissioner Helen Ball said “hundreds of people were packed tightly together,” posing a very real risk of transmitting the virus. She added that officers had repeatedly encouraged those attending to leave, but “a small minority” of people chanted at police, pushing and throwing objects.

“We accept that the actions of our officers have been questioned,” Ball said. “We absolutely did not want to be in a position where enforcement action was necessary. But we were placed in this position because of the overriding need to protect people’s safety.”

Many of those attending the vigil were already wary of police because a serving Metropolitan Police officer, Wayne Couzens, was charged with the kidnap and murder of Sarah Everard, a 33-year-old woman who vanished March 3 while walking home in London. Her body was found a week later.

The case has sparked a national outcry and a heated debate on women’s safety. Organizers had planned an official vigil at Clapham Common, a park near where Everard was last seen alive, but were forced to cancel the event because of COVID-19 restrictions. A huge crowd turned up Saturday nonetheless.

Khan, London’s mayor, said Sunday the police force had assured him the vigil would be “policed sensitively” but that this wasn’t the case. He added he is asking for a full and independent investigation into the force’s operation on Saturday as well as the actions of individual officers at the vigil.

Jamie Klingler, who organized the cancelled “Reclaim These Streets” event, blamed police for denying women their right to have a silent vigil in the first place. The force got the angry reaction Saturday because they refused to facilitate a peaceful rally, she alleged.

“I think we were shocked and really, really sad and to see videos of policemen handling women at a vigil about violence against women by men … I think it was painful and pretty triggering to see,” Klingler said Sunday.

Patsy Stevenson, who was pictured pinned to the ground by two officers during Saturday’s clashes, said she was considering whether to challenge the 200-pound ($278) fine she received.

Next week UK Govt will rush Police, Crime, Sentencing and Courts Bill through the House of Commons<br><br>The Bill will give Police more powers to clamp down on peaceful protests<br><br>Scenes in Clapham tonight must be a wake-up call to us all<a href=”https://twitter.com/hashtag/ReclaimTheseStreets?src=hash&amp;ref_src=twsrc%5Etfw”>#ReclaimTheseStreets</a> <a href=”https://t.co/uVt07HN5Nj”>pic.twitter.com/uVt07HN5Nj</a>

“We were there to remember Sarah, we all felt deeply saddened and still do that it happened, so I brought a candle with me but unfortunately wasn’t even able to light it to put it down because the police turned up and barged their way through,” she told LBC radio.

Couzens, 48, appeared in court Saturday for the first time. He was remanded in custody and has another appearance scheduled Tuesday at London’s Central Criminal Court. 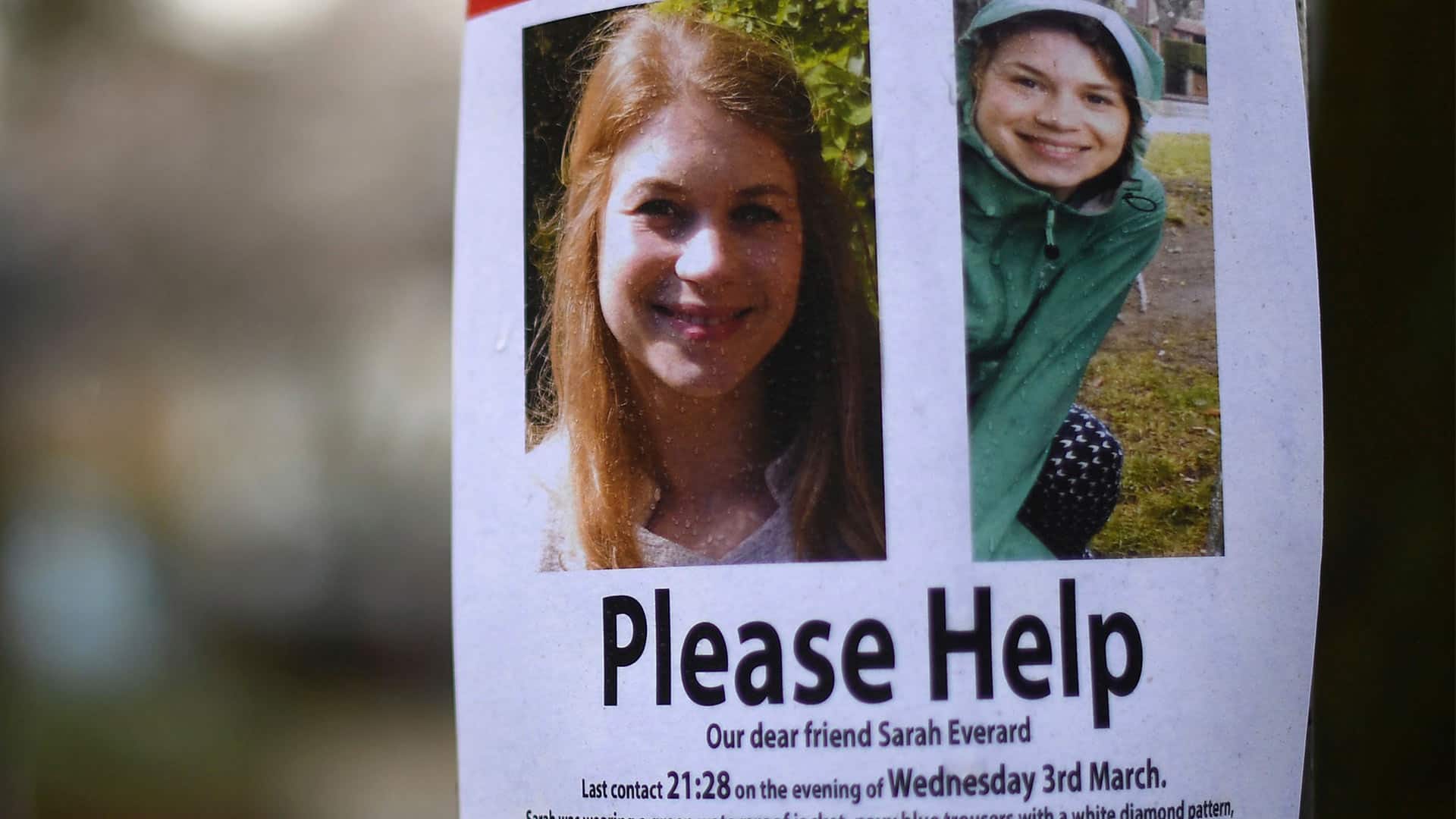 An officer with London’s Metropolitan Police has now been charged with kidnapping — and killing — a young woman who disappeared last week. British women are voicing their outrage. 2:02

The Metropolitan Police has said it is “deeply disturbing” that one of its own is a suspect in the case. The force said Couzens joined its ranks in 2018 and most recently served in the parliamentary and diplomatic protection command, an armed unit responsible for guarding embassies in the capital and Parliament.

Everard was last seen walking home from a friend’s apartment in south London at about 10:30 p.m. on March 3. Her body was found hidden in an area of woodland in Kent, more than 50 miles southeast of London, on Wednesday. A post-mortem examination was underway, police said Friday.

IR35 changes ‘unlikely’ to be included in Budget – Rishi Sunak...

WHO says most African countries to begin vaccination drives by end...