UNTIL ABOUT four generations ago, all artificial lighting was created by flames. The same light source that early humans have used for 400,000 years, possibly many more. That’s around 12,000 generations of human beings successfully evolving to gather around that convivial open flame, where they would cook, eat, socialise and feel protected from the dark and the threats it might hold.

Four generations of new lighting technologies will not change 12,000 generations of evolution. We are seeing the world at night with eyes that have developed for firelight. 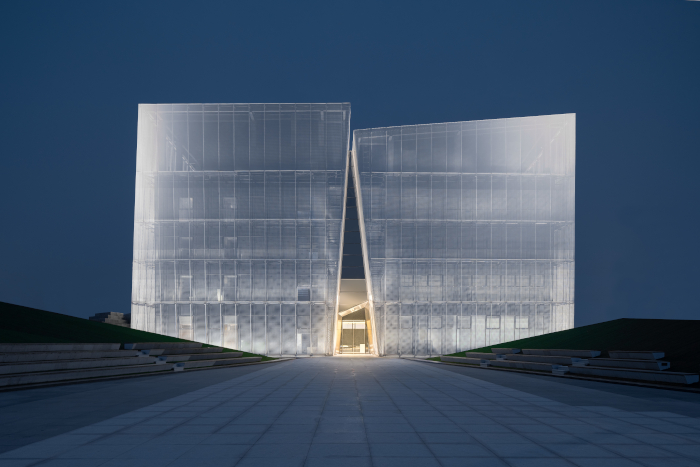 As an open fire burns lower, the light from the red-hot glowing embers starts to dominate as the more yellow colours from the flames disappear, and so the colour temperature of the fire gets warmer as it gets dimmer. Firelight dims to warm. Tungsten lamps naturally dimmed to a warm glow, which partly explains their appeal, an effect which LEDs now mimic with dim-to-warm technology that has quickly proved popular, especially in hospitality environments. This primeval programming may be the reason that candles, with their warmth and dynamic flames, persist as an attractive source of light. Sadly they are not good for the environment: they create greenhouse gases and poisonous fumes, as well as being heat and fire risks.

For some years there has been controversy surrounding street lighting and the replacement of what have become viewed as traditional sources with LEDs. This is not because there is anything intrinsically objectionable about LEDs – they save quantifiably high amounts of energy as well as being more controllable – but because cold colour temperatures were specified, as high as 5,000K-6,000K, largely for budgetary reasons. People objected simply because the quality of light was cold and harsh. It is no coincidence that in theatre lighting a depressing atmosphere is created using dim, cold light. 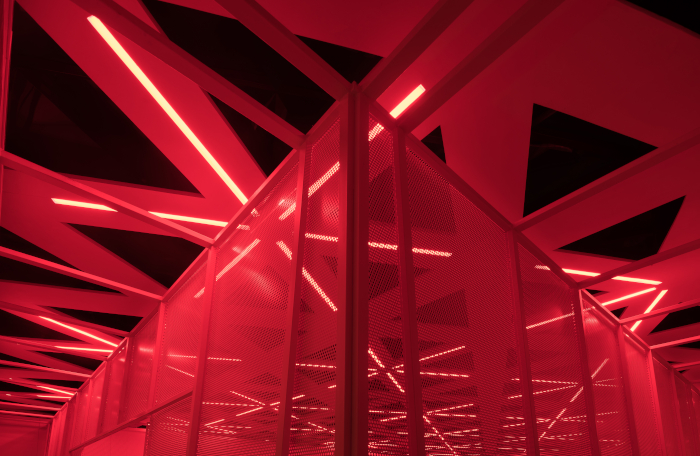 The obverse is certainly true in our experience. We are currently designing the lighting of some rather grand streets, where budget is not a big issue. The clients were shown a range of colour temperatures and they chose the warmest possible – 2,200K.

But our perception of lighting is obviously not just determined by the quality of fi relight at night. We evolved under natural light, and this more than anything has affected not only our visual response to light but also our non-visual one. Remaining with our visual response, early humans would have experienced the wide range of colours of sunlight and daylight. First thing in the morning and in the evening, the angles of the sun are low and the colour is warm. Around midday the colours are cooler, and shadowing and the angles of light can be less dramatic. Many people work in the middle part of the day, which may explain why they like cooler and more uniform light in their workplaces. In the evening, at home or in a restaurant, we find dimmer, warmer, higher-contrast light more conducive. 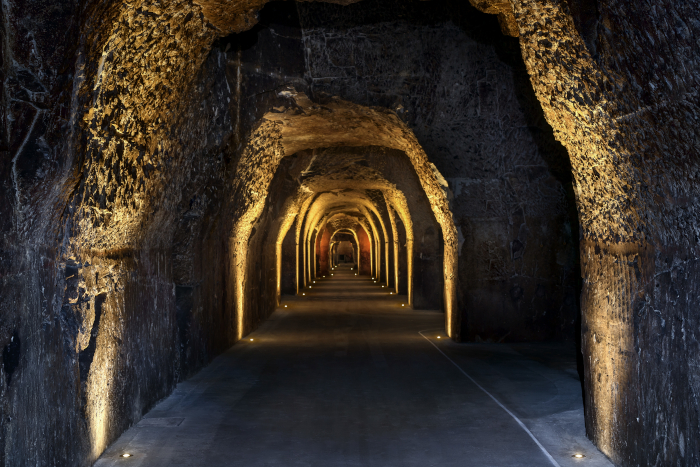 Lighting scheme by Lumensens using L&L Luce&Light fittings for the Joseph Perrier Champagne cellars near Reims: ‘The eye is attracted to brightness and high contrast in the field of vision. So, the lighting designer can make people look at certain things’. Image Credit: FRANÇOIS GUILLEMIN

Light has three facets: intensity, colour and direction. Daylight, sunlight and fi relight are all characterised by strong intensity, colour and directional qualities. In fact everything about any light source or lighting scheme can be described by these three characteristics. They affect the control of glare, the softness of shadows and the rendering of colour, they reveal or conceal texture. A huge range of effects can be created by just altering the brightness or the direction of the light. Using these tools, and many others, the designer can make the lighting emphasise the hierarchy of a space and craft its ambience. 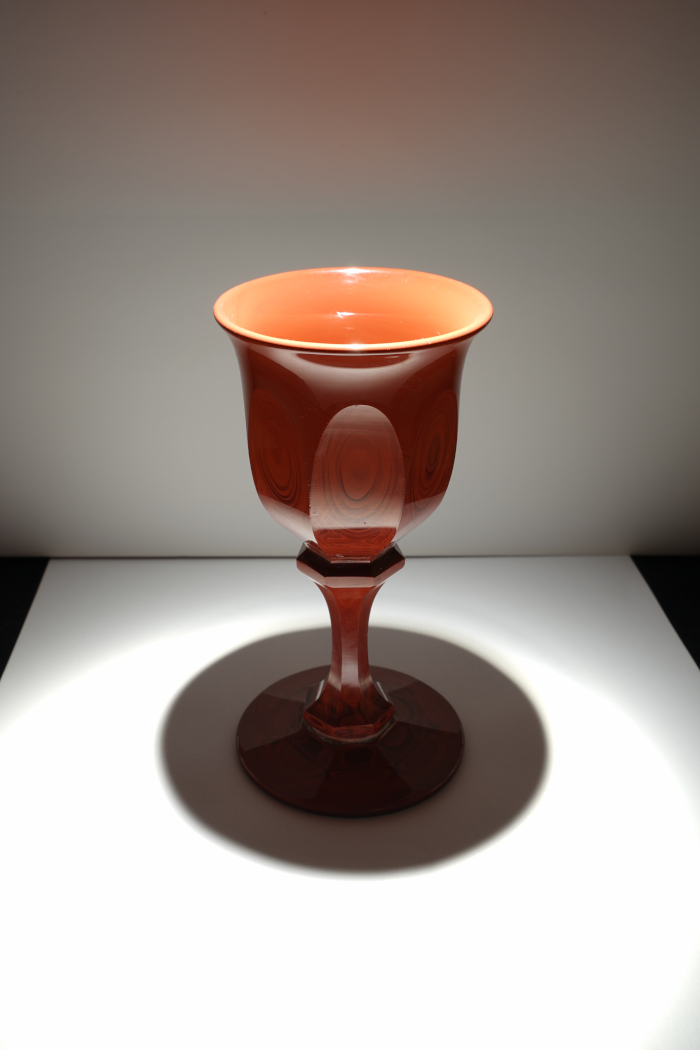 Human eyes have developed properties that respond to feelings about the qualities of the colour and direction of light. The eye is attracted to brightness, high contrast and movement in the field of vision. So, the lighting designer can make people look at certain things. An obvious example is that if the designer wants an object to stand out then it can be spotlit. 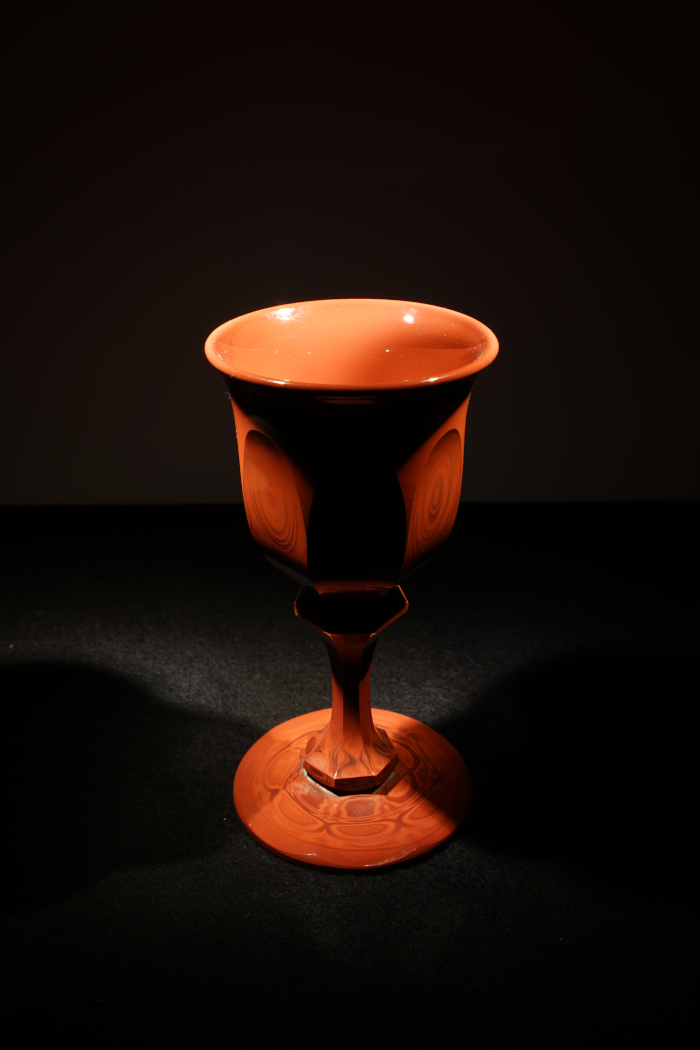 A spotlight can increase the intensity of illumination precisely on an object, and in so doing, increase the contrast between the object and its surroundings. One simple spotlight can add two mechanisms for making that object stand out – brightness and contrast. 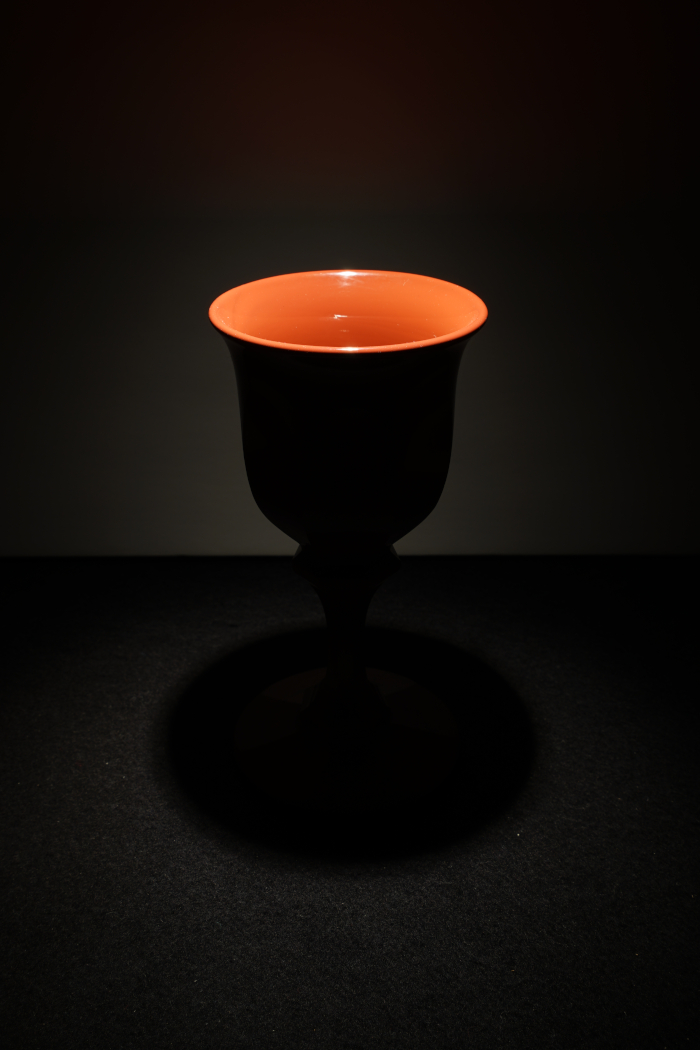 Moving or changing lighting is also an eye-catcher. It is easy to make light fittings change colour, flash, flicker or chase along, a technique regularly seen in downmarket shops. However, if the fitting is visible then the eye will look at the fitting and not the merchandise. The changing lighting has to illuminate an object to catch the eye’s focus.

Another important factor is that the eye retains its ability to see in a huge range of light levels, from bright sunlight down to moonlight. 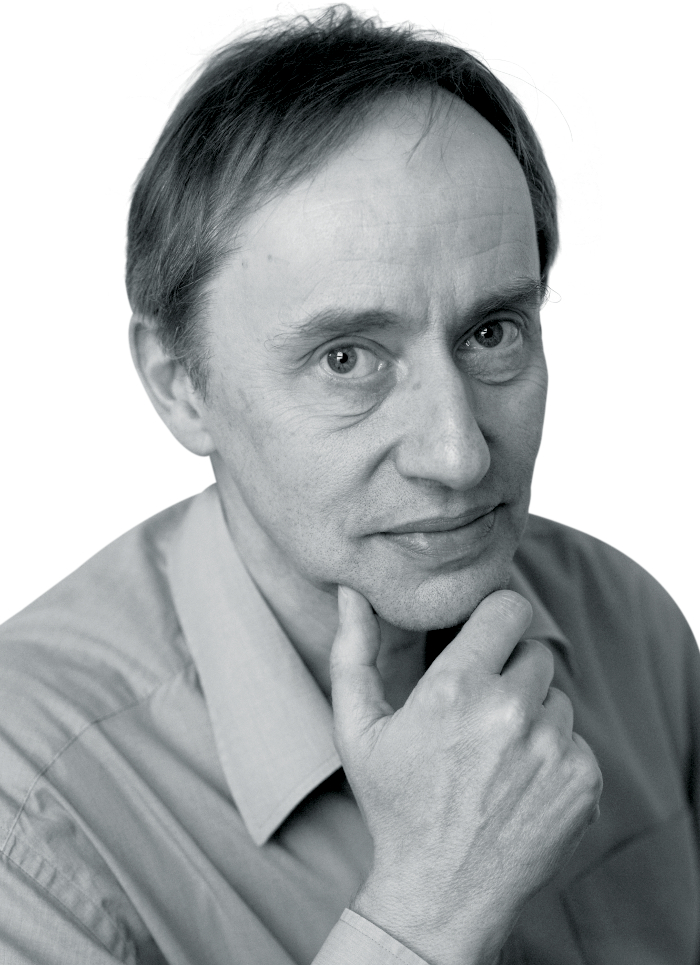 However, it needs time to adapt from one level to another. In the past, people spent much of their day outdoors, and before the invention of artificial illumination, most of the time the eye only had to adapt at the speed of the rising or setting sun or moon. In general, the eye adapts faster to increases in levels of illumination. It is the adaptation to lower levels that can take relatively more time.

Now, due to buildings and artificial illumination, the human eye often has to make fast adaptations, which can be uncomfortable. Entering or leaving lifts can be uncomfortable as lift cars are often very bright. Sometimes leaving a bright supermarket at night can give temporary poor vision until the eyes have adapted to the lower level outside. Badly designed high-intensity light sources can cause glare and can militate against adaptation to dimmer light levels.

Where lighting designers are concerned, a common adaptation time challenge is in museums. Light can fade many artefacts so, to protect them, museums display them under low levels of light. Humans are perfectly able to see in these low levels as long as their eyes are given sufficient time to calibrate the difference, which may be a matter of many minutes.

The museum visitor should be guided through spaces with gently lowering light levels so they do not notice the reduction and their eyes will happily adapt. Abrupt changes in light levels from high to low are likely to cause the most complaints from visitors about spaces being too dark.

Any scheme should be about understanding human reactions to light as well as actually understanding human eyes. While technology has evolved, humans and their eyes and their emotions have not changed. Light has not changed. What should be crucial in any design scheme is the subjective and human responses to light – and how the lighting designer is able to influence those responses.

Where To Stream The Best Video Game Movies