Jin Young Ko missed most of the LPGA Tour season and still won the yearlong money title. That’s what a $1.1-million US check does.

Ko, the No. 1 player in the world, put an emphatic capper on her truncated year Sunday by shooting a final-round 6-under 66 and winning the CME Group Tour Championship by five strokes over Hannah Green and Sei Young Kim.

With a birdie on the final hole, the LPGA’s final putt of the season, Ko finished at 18 under for her seventh career LPGA win.

Green’s final-round 67 — on her 24th birthday — helped push the Australian into the second-place tie. Jin Young Ko wins the CME Group Tour Championship by 5 shots, finishes the tournament at 18-under. 2:04

Brooke Henderson of Smiths Falls, Ont., was 1-under for the day, and 10-under for the tournament, to finish eight strokes back of Ko in a tie for seventh.

Henderson finishes the season ranked No. 6 in the world.

“Nice to end the 2020 LPGA season on a high note and a top-7 finish,” the Canadian said in a Twitter post.

Hamilton’s Alena Sharp shot a blistering 8-under 64 on Sunday to finish 1-over for the tournament. 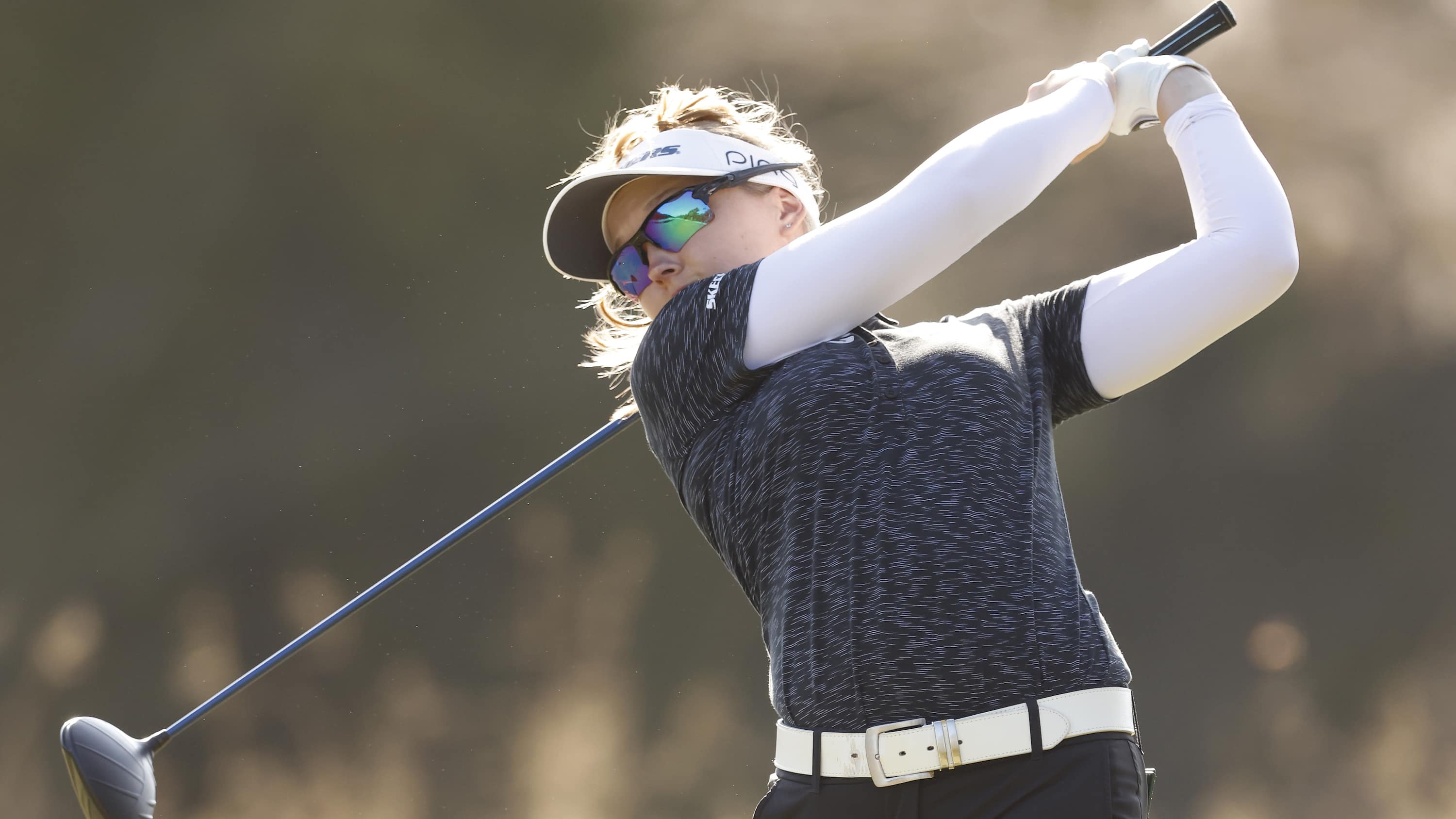 Brooke Henderson of Smiths Falls, Ont., ends the tournament at 10-under. 1:12

Kim, who took a one-shot lead into the final round, shot 72 and that was good enough for her to clinch Rolex Player of the Year honours.

Ko started the final round one shot back of Kim and opened with a birdie.

The key stretch was Ko’s run of three straight birdies on the 12th through the 14th — her longest such run of the week.

She left a chance for a fourth in a row just left of the cup on 15, then all but wrapped up the win with another birdie on the 16th.

Appearances limited due to pandemic

Ko played only four LPGA events in 2020 — she competed six times on the Korean LPGA while riding out the coronavirus pandemic at home — but Sunday’s win and a check for $487,286 for finishing second in last week’s U.S. Women’s Open helped push her season earnings to $1,667,925.

That would have been good for fifth-best on tour last season, when each of the 21 leading money-winners all appeared in at least 20 events.

Kim’s realistic hopes of winning ended when she left a 25-foot par putt short on the par-4 15th to fall four off Ko’s lead.

But the player-of-the-year award was still in her control at that point, and she finished that off.

Mina Harigae (68) finished at 12 under, the fourth-place finish matching the best of her LPGA career.

Lexi Thompson shot a 2-under 70 on Sunday and finished at 11 under, seven shots off the pace and tied with Lydia Ko for fifth.

Thompson, the leader after Thursday’s first round, saw her streak of consecutive seasons with at least one victory end at seven.

“Definitely a good ending to the year and to the week,” said Thompson, the native South Floridian who had about 15 fans following her Sunday even though the tournament was technically closed to ticketholders.

She said she’s looking forward to some normalcy in 2021.

“It was nice to have a few people out there supporting us,” Thompson said. “I think the fans make the game, so hopefully we’ll get back to that in 2021.”

Sunday marked the end to the 18-event LPGA season that was cut almost in half by the pandemic and was shut down for five and half months from mid-February through the end of July.

There are 34 events scheduled for next season, starting with the Diamond Resorts Tournament of Champions in Lake Buena Vista, Florida, from Jan. 21-24.

How to Cut an Avocado

Strictly’s Bill Bailey says he MUST win the show as his...