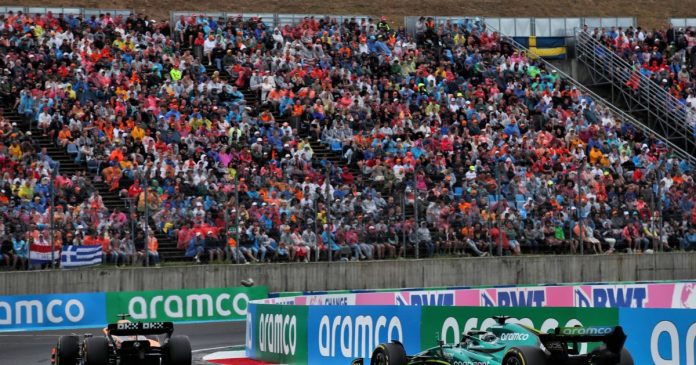 The Hungaroring is undergoing major renovations to compete with other circuits on the Formula 1 calendar.

The track, whose contract runs until the 2027 season, announced a “strategic development programme” which includes upgrades to the circuit’s outdated facilities.

It comes after the circuit announced a sell-out of the 100,000 tickets available for the Sunday of the 2023 Hungarian Grand Prix, with tickets now only being sold for the Saturday and Friday.

This reflects the increased interest in F1 races, following the British Grand Prix also selling out for Sunday within weeks of going on sale nearly 12 months prior to the event.

F1 is aiming to race at 24 Grands Prix next year in what is the largest number of races in a single season, seven of which will be at non-purpose-built street tracks.

CEO of Hungaroring Sport Zrt, Zsolt Gyulay, says that among the many “one-size-fits-all” events on the calendar next year, there is still value in traditional venues.

He said: “Our track has undergone a number of renovations, we have worked continuously to meet the new safety requirements, we have built a debris fence, we have maintained the grandstands and in 2016 we resurfaced the entire track line, or more precisely, we replaced the top, so-called wearing course.

“We can see that among the many “one-size-fits-all” tracks there is an increasing value for traditional venues like the Hungarian one, and the proximity of Budapest will always be an incredible attraction for the Hungaroring.

“Yet, we should not overlook that the infrastructure of the new circuits grants a much higher level of service than ours.

“Thanks to the strategic development programme, we will be able to compete with them in reasonable time, which will allow us to keep F1 here and draw attention to our country and our beautiful capital year after year.”

A shortage of pilots is making travel chaos in Canada even...