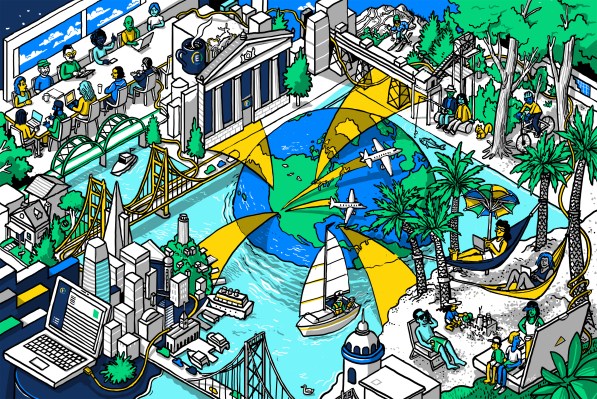 Expensify may be the most ambitious software company ever to mostly abandon the Bay Area as the center of its operations.

Expensify may be the most ambitious software company ever to mostly abandon the Bay Area as the center of its operations.

The startup’s history is tied to places representative of San Francisco: The founding team worked out of Peet’s Coffee on Mission Street for a few months, then crashed at a penthouse lounge near the 4th and King Caltrain station, followed by a tiny office and then a slightly bigger one in the Flatiron building near Market Street.

Thirteen years later, Expensify still has an office a few blocks away on Kearny Street, but it’s no longer a San Francisco company or even a Silicon Valley firm. The company is truly global with employees across the world — and it did that before COVID-19 made remote working cool.

“Things got so much better when we stopped viewing ourselves as a Silicon Valley company. We basically said, no, we’re just a global company,” CEO David Barrett told TechCrunch. That globalism led to it opening a major office in — of all places —a small town in rural Michigan. That Ironwood expansion would eventually lead to a cultural makeover that would see the company broadly abandon its focus on the Bay Area, expanding from a headquarters in Portland to offices around the globe.

It makes sense that a company founded by internet pirates would let its workforce live anywhere they please and however they want to. Yet, how does it manage to make it all work well enough to reach $100 million in annual revenue with just a tad more than 100 employees?

As I described in Part 2 of this EC-1, that staffing efficiency is partly due to its culture and who it hires. It’s also because it has attracted top talent from across the world by giving them benefits like the option to work remotely all year as well as paying SF-level salaries even to those not based in the tech hub. It’s also got annual fully paid month-long “workcations” for every employee, their partner and kids.

Yet the real story is how a company can become untethered from its original geography, willing to adapt to new places and new cultures, and ultimately, give up the past while building the future.

What does Red Hat’s sale to IBM tell us about Couchbase’s valuation? – TechCrunch

Personal Allowance is rising this year – what HMRC change means for how much...