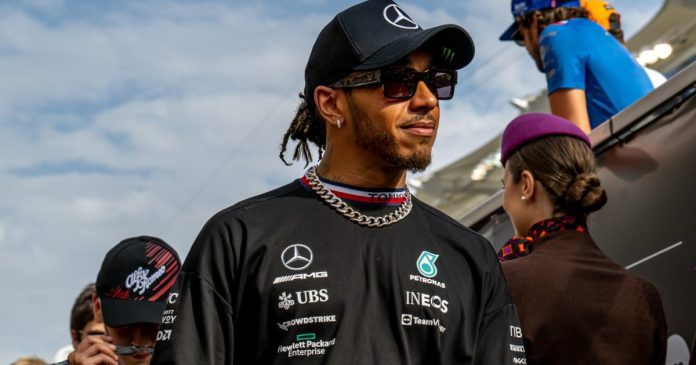 Formula 1 provides ample entertainment on track, but behind the scenes politics often steal the show.

This year has been no exception, with the Oscar Piastri contract saga, Cost Cap-gate, and Red Bull team orders row to name a few.

Even though the Netflix series Drive to Survive gives fans a fly-on-the-wall look at F1, the off-track drama can sometimes feel like a popular reality TV show, according to Lewis Hamilton.

“It feels like the bit of a Kardashian show happening, it’s pretty hilarious!” Hamilton joked in an interview with Channel 4.

In the wake of the team orders controversy between Max Verstappen and Sergio Perez at the Brazilian Grand Prix, Hamilton offered his view on some of the stories that have emerged.

“The stuff that I’ve heard of the past few days has been so entertaining,” he said.

“Somebody’s mother posting something [on social media] and pretty interesting stuff that’s going on, I’m sure it will be on Netflix.”

Hamilton: F1 should strive for transparency

Hamilton believes that F1 should be more transparent in the wake of Cost Cap-gate, to ensure that it does not detract from the racing on track.

He added: “I think we’ve got to continue to strive for transparency and continuously work to make sure that we stay strong to the pillars and the core values of what the sport is.

“But what a mess, it’s been very interesting to see it unfold over the last 12 months.”