Haas team principal Guenther Steiner says that he finds Mick Schumacher’s attitude and work ethic “remarkable” and is already leaving him to get on with the job.

With the team opting to run an all-rookie line-up this year made up of Schumacher and Nikita Mazepin, Steiner is the German’s first boss in Formula 1.

In the slowest car on the grid, the 22-year-old thus far hasn’t been able to set the world alight on track, finishing at the back of the field in both of his first two races.

However, Steiner has nevertheless been impressed with how his driver has handled everything and how hard he has worked to prepare.

“He is very quiet and very prepared,” Steiner told RTL.

“I’ve never seen him in a panicked mood, never nervous which I think is pretty cool for a 22-year-old. He’s always prepared and works hard. Mick works meticulously, very focused.

“Mick only has one thing in mind which is to have a good first year in F1, even if it’s difficult. He can handle that very well and is very realistic about what is reachable and what is not.

“He always keeps his people motivated, which is not always easy. He’s a professional. It’s like he’s been doing all this for a long time. He prepares everything and leaves nothing to chance.

“Sometimes I don’t even talk to him because he is so intensively involved with his mechanics and engineers. That is much more important. If something is wrong, we talk, but just to talk, I leave him alone at the moment because I see that he is always working.

“I find that remarkable.” 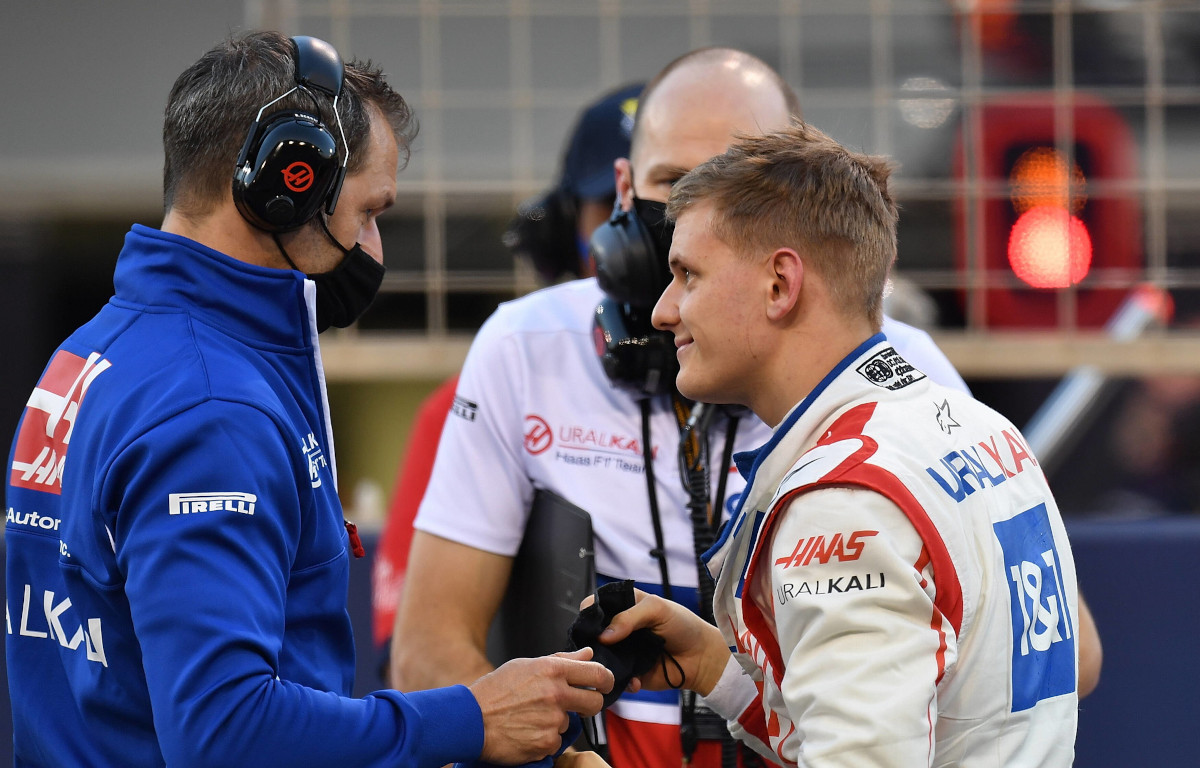 Check out the Haas collection via the official Formula 1 store

Steiner has already made it clear that Haas are focusing on 2022 and thus will not be doing much work on this season’s car.

That means that Schumacher is all but certain to spend the entirety of his first season at the back of the grid, with Williams and Alfa Romeo already looking to have pulled away from the American team.

Despite that, Schumacher says that he’s very much happy in his new surroundings.

“I’ve been positively surprised by the Haas team, it’s fantastic,” he said in an interview with Gazzetta dello Sport.

“We are already in tune even if we haven’t known each other for a long time, I feel at home. And when a driver feels good in a team he performs better.

“As a driver, I have the utmost confidence in those who work with me as well as they have in me.

“With such a strong relationship we can face the season well. The team has a good structure and there is a good atmosphere and this is certainly positive.”

How to Block Print with Yarn

Max’s burn-out celebration ‘will not be tolerated’ again