Marks & Spencer has revealed it’s had to restock its stores with waistcoats as football fans rush to emulate England boss Gareth Southgate ahead of the team’s first World Cup semi-final in nearly 30 years.

The manager has emerged as a national hero from England’s thus far successful campaign in Russia, and his popularity is now such that sales of waistcoats like the one he famously sports on the touchline at games have spiked dramatically.

The retailer, which has been official tailor to the England football team since 2007, revealed it’s been rushing to keep up with demand after initially selling out of the smart £65 garment altogether when sales doubled.

It’s now available again in some stores in limited sizes, but disappointed shoppers have still been venting their frustration on social media after failing to find one that fit.

England will face off against Croatia in Moscow at 7pm GMT on Wednesday night, after sailing through a quarter-final clash with Sweden 2-0. 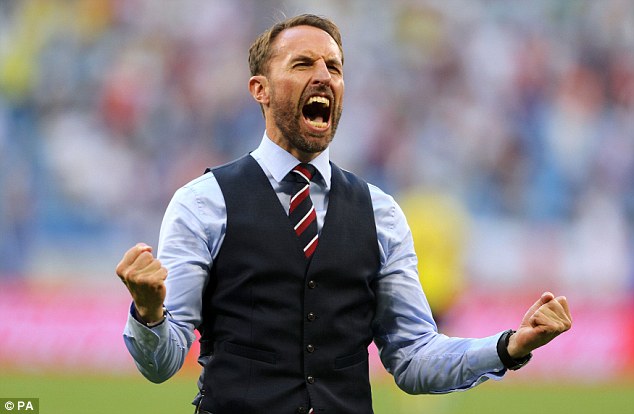 Gareth became an unlikely style icon after donning the tailored navy waistcoat during all of England’s World Cup matches this season, and M&S reported an inital 35 per cent spike in sales.

After discovering the item was only available in one size in his local branch of the store, an anxious Joshua Giles tweeted: ‘Doubt I can pull off this look in an XL’, tagging M&S in the post.

The retailer soon replied, writing: ‘It’s been restocked in some of the sizes now Joshua. Hope you can pick one up!’

Southgate’s signature style has even inspired a charity drive, which is aiming to use the match tomorrow to help raise funds for the blood cancer charity Bloodwise, by encouraging people to dress like Gareth to cheer on the Three Lions against Croatia, and making a donation to show their support for the charity too. 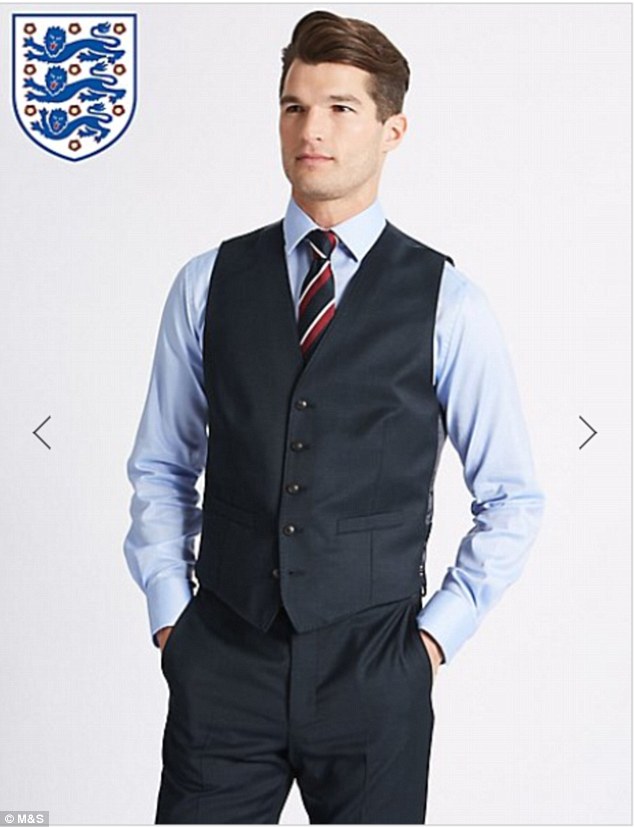 The retailer, who have been the official tailors for England’s football team since 2007, have since restocked the £65 item, however it is still sold out in a range of sizes after they reported a staggering doubling in sales

When contacted by Femail, M&S revealed they were restocking the item in slim fit today.

An M&S spokesperson said: ‘Gareth’s sideline style has meant our waistcoats are really scoring with our customers with sales doubling since the World Cup began.

‘We’ve got enough different styles in stock for everyone to show their support for the boys on #waistcoatwednesday.’ 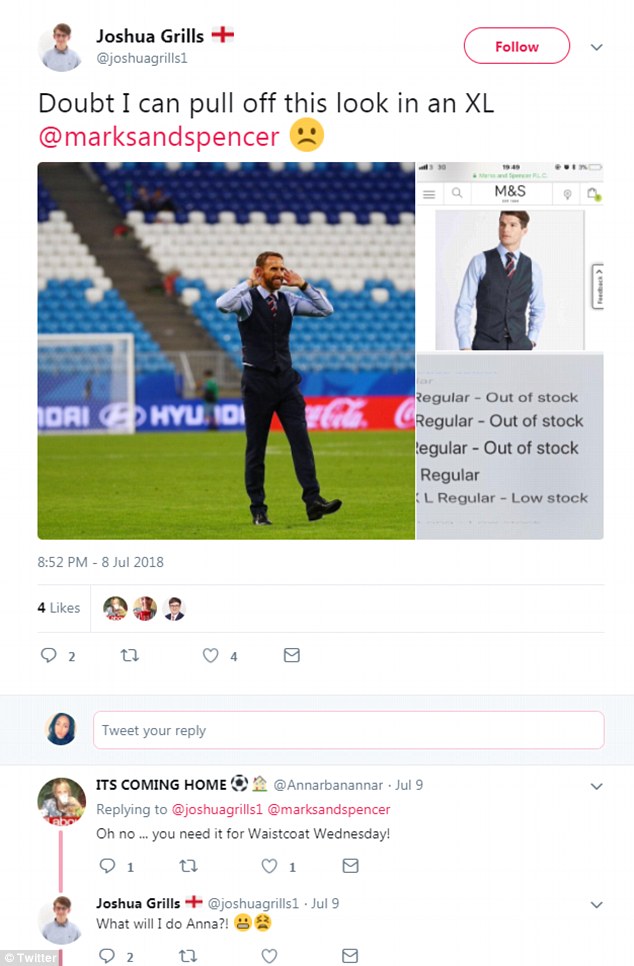 After discovering the item was only available in one size, an anxious Joshua Giles tweeted: ‘Doubt I can pull off this look in an XL’, tagging M&S in the post

Gareth’s waistcoat trend has proved so popular a spoof account has even been created on Twitter, with ‘It’s coming home’ being photoshopped into the pinstripes.

Wednesday will see football fans across the nation don waistcoats in aid of ‘Waistcoat Wednesday as they watch the highly anticipated match.

Gemma Peters, chief executive of Bloodwise, said: ‘As the whole country is gripped by football fever, and with Gareth’s waistcoat-wearing having elevated him to the level of footballing fashionista, we thought that urging people to wear waistcoats on Wednesday would be a way of getting behind the boys at the same as raising money for a good cause’. 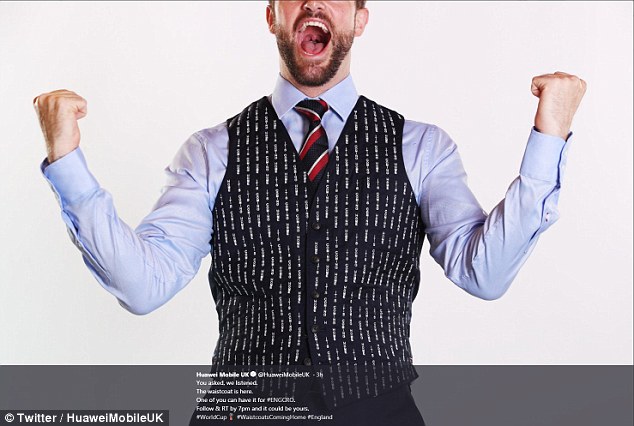 Gareth’s waistcoat trend has proved so popular a spoof account has even been created on Twitter, with ‘It’s coming home’ being photoshopped into the pinstripes 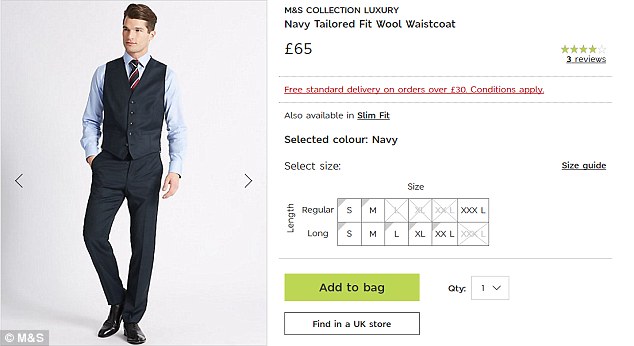 This comes ahead of ‘Waistcoat Wednesday’, which aims to raise funds for blood cancer charity Bloodwise, and coincides with England’s semi-final game against Croatia

Virgo love match: The most compatible star sign for Virgo to...

OnePlus 8 hasn’t launched yet but its Android rivals should be...

First baby bison born on ancestral land in more than 150...

Schalke star warned over Man City or Liverpool transfer ahead of...

Man Utd believe they can buy Jadon Sancho for half the...