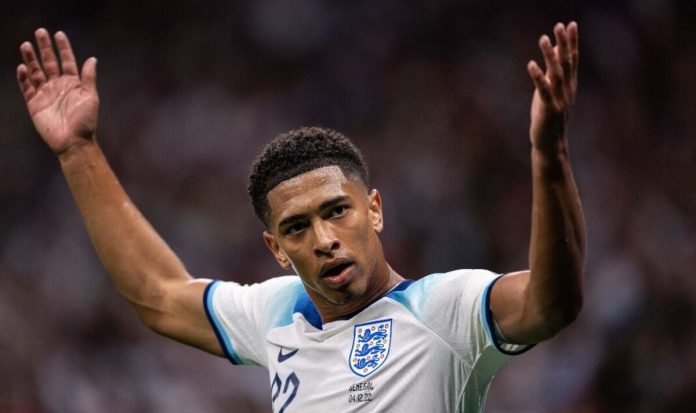 France supporters are already terrified by the prospect of facing Jude Bellingham in the World Cup quarter-finals. The teenager was excellent in the Three Lions 3-0 win over Senegal in the round of 16 and will be one of England‘s key players in the match next Saturday.

England had initially struggled to get a foothold in the game, with Senegal enjoying the best of the opening exchanges. The Lions of Teranga wasted good opportunities during the opening half an hour with Jordan Pickford forced to make important saves to keep his side in the game.

It was Bellingham who took the match by the scruff of the neck when England most needed it. He lay on an assist for Jordan Henderson’s opening goal while his driving run from midfield got the team up the pitch to for the second goal scored by Harry Kane.

His exploits towards the end of the half meant the Three Lions could cruise to victory in the second period with Bukayo Saka adding the gloss to the final scoreline. The victory set up a quarter-final with France and French supporters have already taken to Twitter to voice their concerns about coming up against the Borussia Dortmund midfielder.

Meanwhile, @Skeeend was concerned by the ability of the French midfielders to deal with him. “Have to see how England will beat France,” he wrote. “Bellingham is going to ruin Rabiot – Tchouameni.”

France had secured their place in the next round earlier in the day with a 3-1 win over Poland. Kylian Mbappe scored twice while Olivier Giroud also hit the target in what was a comfortable win for Les Blues.

Gary Neville and Roy Keane sang the midfielder’s praises at half-time with his strong performance a key part of England’s win.

“He’s going to be a superstar that kid,” Keane told ITV. “He word we keep saying, maturity, it’s like he’s played 100 times for England. Fantastic performance.”

“He’s been absolutely incredible in that half, even in the first 10 minutes,” Neville added. “He was the one that was hunting people down, he’s so young yet he’s got real quality and that composure he’s shown in that final third has been absolutely fantastic.”