The FIA have released a statement responding to claims the Aston Martin Safety Car is not quick enough for Formula 1 cars to follow properly.

Max Verstappen was vocal on the subject in Australia, dubbing the Aston Martin a “turtle” after complaining of not being able to keep temperature in his tyres during two Safety Car periods – citing Charles Leclerc’s understeer out of the final corner on the restart as evidence of a lack of heat.

“Unbelievable,” said Verstappen. “With that car, to drive 140kmh on the back straight where there was not a damaged car anymore, I don’t understand why we have to drive so slowly.

“We have to investigate. For sure, the Mercedes Safety Car is faster because of the extra aero. The Aston Martin is really slow. It definitely needs more grip because our tyres were stone cold.”

But the FIA have since responded and defended their use of the Safety Car, arguing the safety of everyone on track must be prioritised over the speed of the car as a whole – and Race Control dictates the speed at which the car travels anyway. 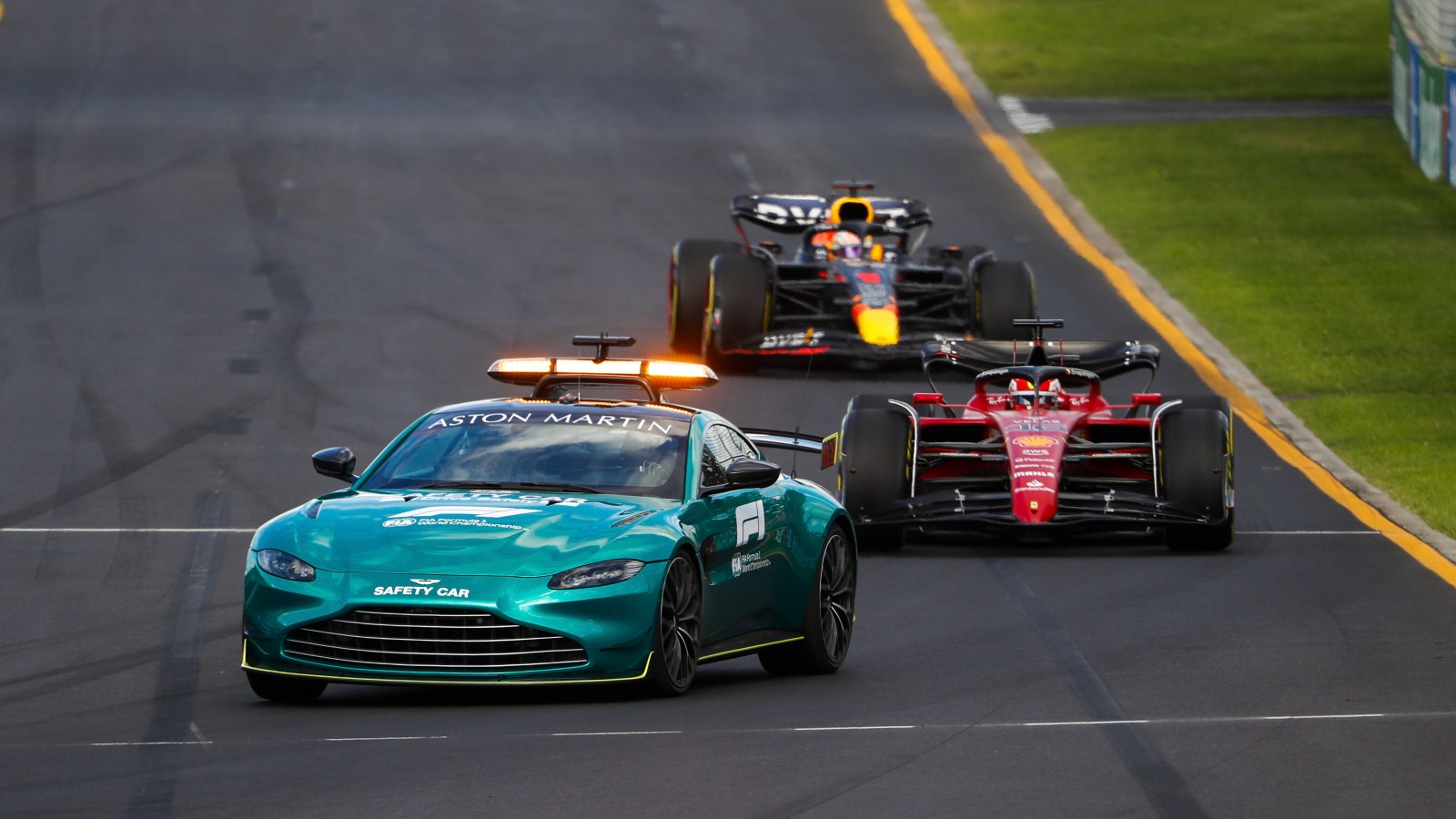 “The Safety Car procedures take into account multiple objectives, depending upon the incident in question, including the requirement to ‘bunch up’ the field, negotiate an incident recovery or debris on track in a safe manner and adjust the pace depending on recovery activities that may be ongoing in a different part of the track.

“The speed of the Safety Car is therefore generally dictated by Race Control and not limited by the capabilities of the Safety Cars, which are bespoke high-performance vehicles prepared by two of the world’s top manufacturers, equipped to deal with changeable track conditions at all times and driven by a hugely experienced and capable driver and co-driver.

“The impact of the speed of the Safety Car on the performance of the cars following is a secondary consideration, as the impact is equal amongst all competitors who, as is always the case, are responsible for driving in a safe manner at all times according to the conditions of their car and the circuit.”

George Russell joked about the influence of having the Mercedes equivalent on track again, but added it adds up to being a “pretty substantial” five seconds per lap faster than the Aston Martin.

Gloomhaven Is Coming To Consoles In 2023