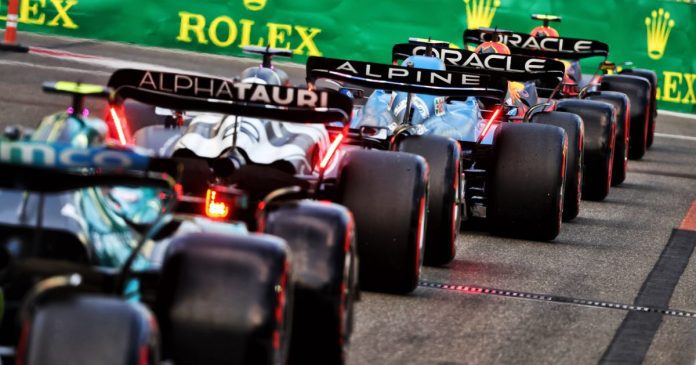 A long-standing issue for fans has been the current penalty system used to punish a driver for using too many power unit components in a season.

As a way of reducing costs, teams are given a set allocation of power unit components which can be used over the course of the season.

Drivers are handed grid penalties for every additional component they use above this allocation.

However, if a team has an early indication that they are likely to exceed the component limits, then they will often take tactical penalties at circuits which are more suited to overtaking, such as Spa-Francorchamps or Monza, to allow for an easier recovery from a lower grid position.

With some Grands Prix seeing several drivers taking the tactical penalties, this has often led to F1 starting grids looking completely different from the qualifying result, something which is often problematic for casual fans.

Only the Aston Martin drivers, both Williams drivers and McLaren’s Daniel Ricciardo (all Mercedes-powered cars) received no penalties for violating the regulations this year.

Owing to the unpopularity of the current power unit penalty system, along with the potential for unnecessarily increasing costs, the F1 Commission decided in mid-November that an investigation into a new system will be carried out.

RacingNews365.com has learned from sources within the F1 Commission that various types of penalties and other measures have already been discussed during the meeting, which could be introduced in the future.

The following proposals were discussed and will be reviewed at the next F1 Commission meeting:

The proposals will be reviewed by the Sporting and Power Unit Advisory Committees, along with the strategists of the various teams before any further decisions are made.

The members of the F1 Commission would eventually vote on any proposed changes. In total there are 30 votes: 10 for the FIA, 10 for F1 and 10 for the teams (one for each team).

Any changes which are voted through must be ratified by the World Motor Sport Council.