Fernando Alonso is heading home to rest after being discharged from hospital following his cycling accident last Thursday which resulted in surgery.

The two-time former World Champion was knocked off his bicycle by a car in Switzerland, where he lives, fracturing his jaw and damaging his teeth.

The Alpine driver underwent a “successful corrective operation” on Friday, with his team saying his “attending medical team are satisfied with his progress”.

He remained in hospital over the weekend but has now been discharged, with pictures on social media showing the Spaniard walking away from the building.

Fernando Alonso has been discharged from hospital 🙌🏼 #F1 https://t.co/CujGHeRKeg

The 39-year-old’s Alpine team have released a statement outlining the next steps for Alonso, who is due to make his F1 return after two years away next month – starting with pre-season testing in Bahrain from March 12-14.

“After a period of 48 hours observation at hospital in Switzerland, Fernando Alonso has now been discharged to continue his recovery at home,” read the statement.

“He will now have a short period of complete rest before progressively resuming training to undertake preparation for the start of the season.

“As always, thank you for your best wishes for Fernando’s recovery.”

“Fernando is fine and there is still a whole month to go, there is time for him to take part in testing,” he told Marca.

“Of course, the helmet fits snugly to the jaw and on the straights the driver has to withstand serious upwards loads, but it is encouraging that it is only the jaw and some teeth.

“That means recovery will not take long, although it will affect Fernando because he cannot train for the moment.” 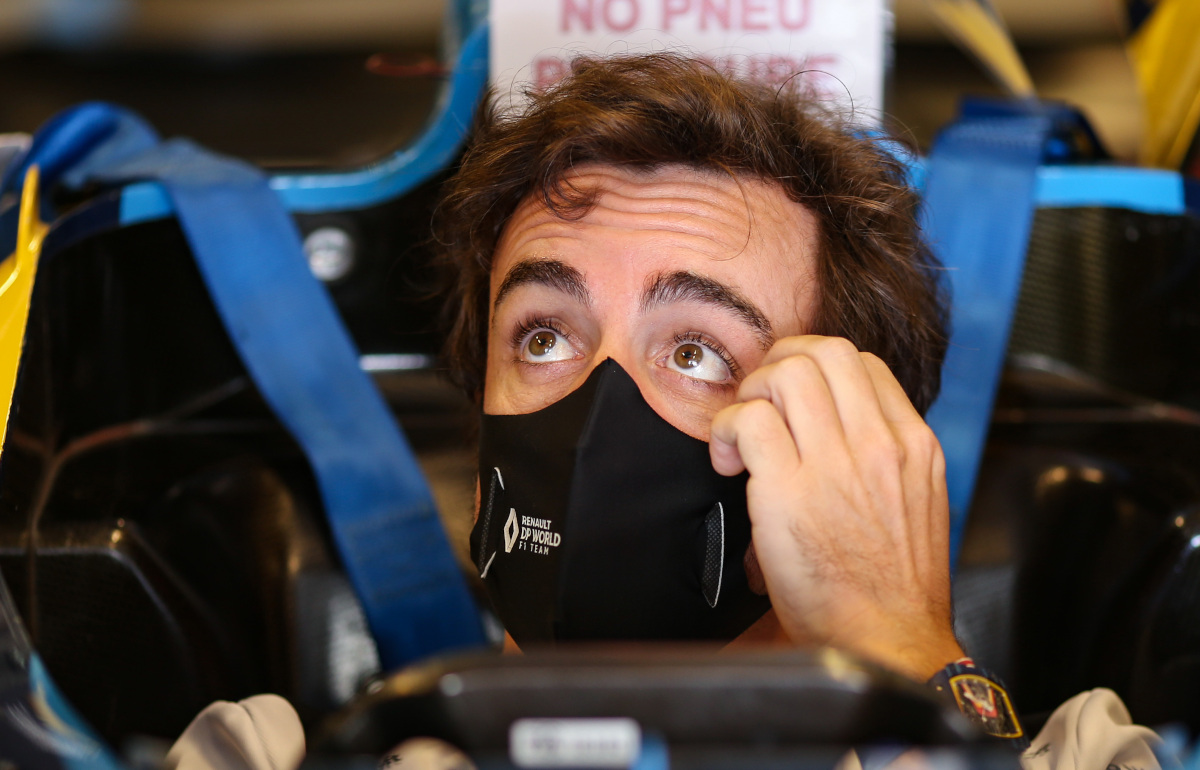 One of the biggest concerns at present is what Alonso puts his helmet on in four weeks’ time as that could cause him some pain.

Doctor Fernando Almeida Parra from the Spanish Association for Maxillofacial Injuries told Motorsport-Total.com that recovery from the surgery Alonso had “usually amounts to between ten and 14 days but it always depends on the severity of the injury”.

He added: “Such injuries are often accompanied by inflammation of the face that can make it impossible to wear a helmet for days or weeks. Aside from that professional sporting activity can resume fairly quickly.

“If the patient was treated on time, as was the case here, and if the next steps are well planned, then there should be little to no consequential damage. Especially if the patient is as young as this one case.”

Alonso collided with a motorist while out on a training bicycle ride near his home in Switzerland.

A police statement read: “According to an initial reconstruction and for reasons that the police investigation will have to establish, while making a left turn maneuver to enter a supermarket parking lot, there was a collision with a 39-year-old Spanish citizen, who was riding his bicycle, as he was passing the column of stationary vehicles in the opposite direction on the right.

“The collision occurred against the right side of the car. On the spot agents of the cantonal police intervened and, in support of the police of the city of Lugano as well as the rescuers of the Green Cross of Lugano who, after having given the first care to the cyclist, transported him by ambulance to the Hospital. The 39-year-old suffered a fractured jaw.”

51 Farmhouse Style Coffee Tables To Drop Rustic Elegance Into Your...

Biggest clue yet that Samsung’s Galaxy S21 will follow Apple with...

Formula 1 could be set to return to Madrid