Cindy had a comfortable lifestyle in Hong Kong: she owned several properties with her husband, they had a good business going. But last year she made up her mind to leave it all behind and move her family to Britain, and not even a global pandemic was going to sway her decision.

“To uproot ourselves like this is definitely not easy. But things got uglier last year, the government was really driving us away,” said the businesswoman and mother of two young children who didn’t give her family name because she feared repercussions for speaking out against the Chinese government.

“Everything we value — freedom of speech, fair elections, liberties — has been eroded. It’s no longer the Hong Kong we knew, it’s no longer somewhere we can call home.”

Cindy, who landed in London last week, is one of thousands of Hong Kongers fleeing their hometown since Beijing imposed a draconian national security law on the territory last summer.

Some are leaving because they fear punishment for supporting pro-democracy protests. But many others, like her, say China’s encroachment on their way of life and civil liberties has become unbearable, and they want to seek a better future for their children abroad. Most say they don’t plan to ever go back.

Many firmed up their exit plans after Britain announced in July that it would open a special immigration pathway for up to five million eligible Hong Kongers to live, work and eventually settle in the U.K.

Prime Minister Boris Johnson said this week the offer shows Britain is honouring its “profound ties of history” with Hong Kong, a former colony that reverted to Chinese rule in 1997 on the understanding that it would retain its Western-style freedoms and much of its political autonomy not seen on mainland China.

Applications for the British National Overseas visa officially open Sunday, though many like Wong have already arrived on British soil to get a head start. Eligible Hong Kongers can currently come to the U.K. for six months, but from Sunday they can apply for the right to live and work in the country for five years. After that, they can apply for settled status and then British citizenship.

Britain’s government said some 7,000 people with British National Overseas (BNO) status have arrived since July. It estimates that over 300,000 people will take up the offer of extended residency rights in the next five years.

Wong said she wanted to leave as soon as possible because she feared Beijing would soon move to halt the exodus.

“The Chinese government said it hasn’t ruled out harsher tactics,” she said. “I think they could lash out if tens of thousands of young professionals start leaving, because that would surely upset Hong Kong’s economy and they wouldn’t like that at all.”

Beijing said Friday it will no longer recognize the BNO passport as a travel document or form of identification, and criticized Britain’s citizenship offer as a move that “seriously infringed” on China’s sovereignty. It was unclear what effect the announcement would have because many Hong Kongers carry multiple passports.

Beijing drastically hardened its stance on Hong Kong after massive anti-government protests in 2019 turned violent and plunged the city into a months-long crisis. Since the security law’s enactment, dozens of pro-democracy activists have been arrested and the movement’s young leaders have either been jailed or fled abroad.

Because the new law broadly defined acts of subversion, secession, foreign collusion and terrorism, many in Hong Kong fear that expressing any form of political opposition — even posting messages on social media — could land them in trouble.

The broad and ambiguous offences under China’s new national security law have Hong Kongers censoring themselves, fearing a maximum sentence of life imprisonment. Pro-democracy protesters are holding up blank sheets. Cafes are stripping their messages of support. One of Hong Kong’s most prominent and outspoken activists, too, has left the territory altogether. Today on Front Burner, pro-democracy activist Nathan Law joins us from an undisclosed location. He’ll take us through the years of unrest leading up to China’s crackdown, and how these measures threaten the unique freedoms that came with living in Hong Kong. 22:30

“I think if you knew when to shut up, you’ll be OK staying in Hong Kong,” said 39-year-old Fan, who also recently arrived in London. Like Wong, he didn’t want to provide his full name. “But I don’t want to do that. I can complain about the queen if I wanted to — I can say anything here.”

Fan, an animator, had sold his flat in Hong Kong and plans to slowly build a new life in Britain – a country he had never even visited before. He won’t be alone in starting from scratch.

“This is a really unique emigration wave — some people haven’t had time to actually visit the country they’re relocating to. Many have no experience of living abroad,” said Miriam Lo, who runs Excelsior UK, a relocation agency. “And because of the pandemic, they couldn’t even come over to view a home before deciding to buy.” 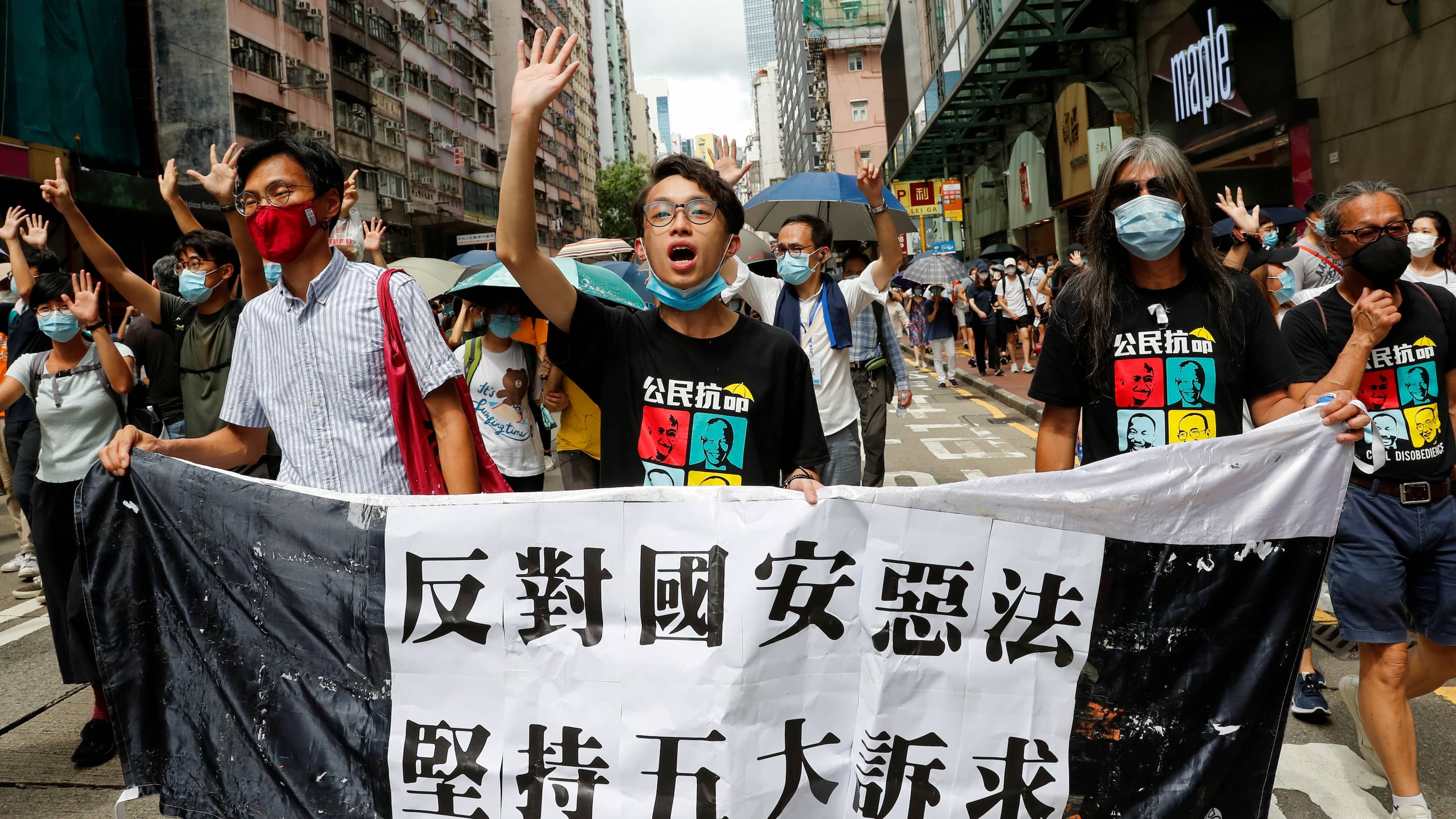 Beijing says the move is a breach of a British pledge and promised unspecified ‘corresponding measures.’ 2:47

The British government estimates there are 2.9 million BNO status holders eligible to move to the U.K., with a further 2.3 million eligible dependants. The U.K. introduced BNO passports in the 1980s for people who were a “British dependent territories citizen by connection with Hong Kong.” Until recently, the passports had limited benefits because they did not confer nationality or the right to live and work in Britain.

Cindy, the businesswoman, was still recovering from jetlag, but she’s upbeat about her future.

“We want to bring Hong Kong’s energy, our resources and our finances here,” she said. “The move is for our kids, sure. But we want to build a whole new life here for ourselves too.”

Tiger Woods survived near-fatal crash, but his career might not

Ashley Biden: First Daughter’s vow after being ‘brought to knees’ by...

PIP: DWP benefit could mean Britons get top-ups worth thousands –...

Winter Fuel Payment: DWP admits some payments have been delayed –...

SEISS 4: Newly self employed have a ‘hope of positive change’...