Esteban Ocon feels Cyril Abiteboul’s abrupt departure from Alpine is “very sad” given the team are finally starting to reap the rewards of his efforts.

Renault announced earlier this month that Abiteboul, who returned to the company in 2014 as managing director of Renault Sport and played a huge role in putting Renault back on the grid as a works team, had left.

Buying the Enstone-based team back in 2016, Renault were ninth in the Championship before slowly but surely working their way up the grid.

The team finished P5 last season, Daniel Ricciardo bagging their first podium since Nick Heidfeld in 2011 when he brought his RS20 home in third place at the Nurburgring.

He added another P3 at Imola, while Ocon was P2 in the Sakhir Grand Prix.

“Cyril has [led] the project of the team for many, many years and we were starting to see the results coming with podiums, with good results, with top-fives.

“And to see him leave at that time is something difficult, and I wish him the best for the future.

“Because he’s really a good guy and one person I really appreciate, and that has helped me to come where I am today. So yeah, I wish him the best.”

The team will be run under the Alpine brand this season. 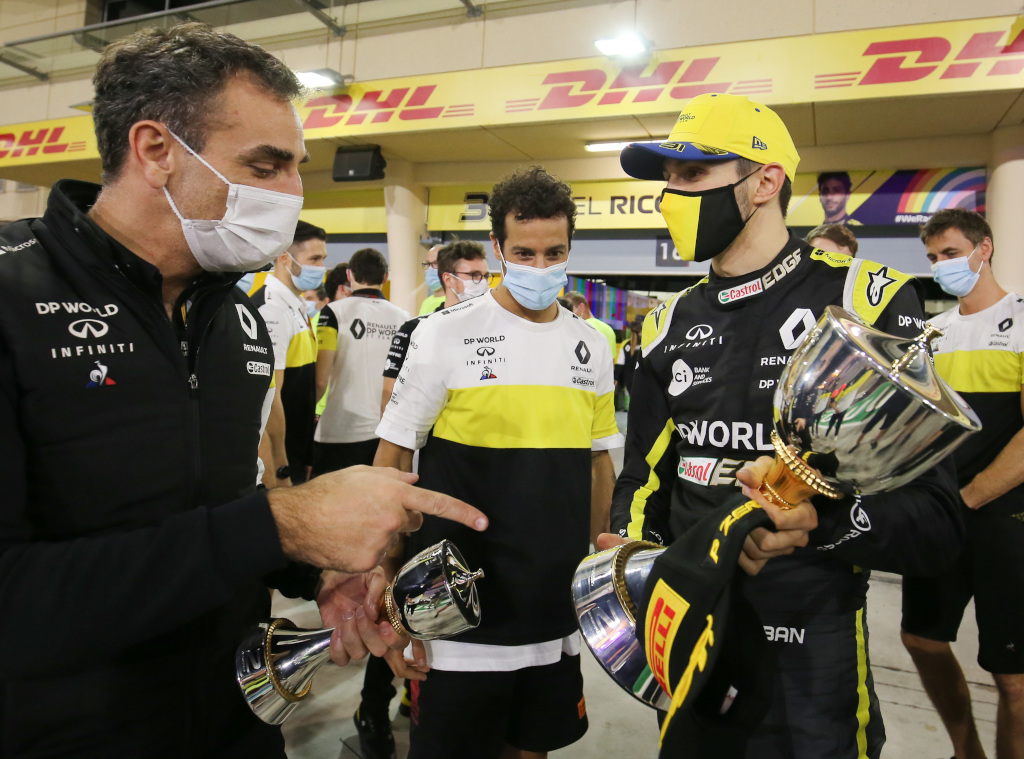 Neither Alpine nor Abiteboul have spoken about his departure other than in the official press release.

It came as a shock to many in the paddock given that only months prior, Renault’s bosses had been speaking about how the Frenchman would be the one to carry Alpine forward.

There was some speculation that it may not have been as team principal but that he would still have a major role within the Formula 1 set-up.

That came to an abrupt end this month.

“I would like to thank the Groupe Renault for having trusted me for many years, particularly with the relaunch and reconstruction of the team since 2016,” Abiteboul said in the press release.

“The solid foundations of the racing team and the entities in France and England built over these years, the strategic evolution of the sport towards a more economically sustainable model, and more recently the Alpine project which provides a renewed sense of meaning and dynamism, all point to a very fine trajectory.

“I would like to thank Luca de Meo for involving me in the construction of the Alpine Business Unit and I wish the new structure every success.”

Laurent Rossi was appointed as the Chief Executive Officer of the Alpine brand.