From best to worst in just one year.

This is the story of the Czech Republic and COVID-19. This was a country seemingly well prepared — a member of the European Union since 2004 after overthrowing its communist government in 1989, modestly rich and boasting a solid health-care system.

As the virus crept into Europe in early 2020, the Czech government acted. Starting in March of last year, the country of 10.6 million people went into almost total lockdown and stayed locked down for five weeks. Shops, schools, even the borders were shut. Masks had to be worn outside.

The Czech Republic became the poster child of Europe with the lowest number of cases as a percentage of population in the European Union.

But by March 2021, the situation was catastrophic. According to World Health Organization statistics, the Czech Republic now leads the world in new COVID-19 cases per 100,000 population — 1,597 as of Saturday.

That’s a multiple of the rate in neighbouring countries and more than 10 times the rate in Germany next door, where the rate is 138 per 100,000 over the latest two-week period. More than 21,500 Czechs have died from the virus.

Cheb, a small city of 32,000 near the German border, is nothing short of a disaster zone. With a death rate six times the national average, ambulances parked in the street with COVID-19 sufferers because there are no hospital beds and patients sent to other regions, now the city itself is sealed off from the Czech Republic itself.

On Friday, the Czech government officially asked Germany, Poland and Switzerland to take some COVID patients because it couldn’t care for them.

A slew of Czech experts — doctors, epidemiologists, virologists — point their finger at whom they see as the culprit: their own government.

“The situation is desperate,” Dagmar Dzurova, a professor of demographics at Charles University in Prague, said in an interview with CBC News.

“They committed three fatal mistakes: relaxing the rules, first in September before regional elections, then before Christmas in December, when restrictions were again lifted prematurely. And in January we didn’t react in time to the new mutations, when we knew the [strain first found in the U.K.] was already in Europe.”

Others are even harsher.

“This is a government run by a businessman,” Dr. Frantisek Duska, associate dean of medicine at Charles University and head of the ICU unit of University Hospital Vinohrady in Prague, said in an interview with Denik-N, a Czech news site. “And he’s a trickster and a liar.”

The businessman is Andrej Babis, a billionaire, owner of a giant agricultural conglomerate and prime minister of the Czech Republic. He’s now a very worried man.

“These will be hellish days,” Babis told his fellow citizens in late February as he announced severe new restrictions.

“We have to do it to prevent a total collapse of our hospitals. If we don’t, the whole world will watch Bergamo in the Czech Republic,” he said, referring to the Italian province of one million where, officially, 3,300 people with COVID-19 died in 2020.

Those restrictions, to last three weeks from March 1, include the compulsory mask-wearing and limiting movement to a person’s local district. Most shops, with the exception of food stores, are closed.

Like neighbouring Slovakia — a country of more than five million people with the highest death toll per million people in the world, according to German data company Statista — the Czech government is ordering vaccines from China and wants the Russian Sputnik V vaccine, despite the fact that the European Union has approved neither so far.

But Dzurova of Charles University and 40 other scientists and doctors published an open letter to the government at the end of February saying these measures were now not enough. They called for a complete shutdown of the country for 40 days.

“Sooner or later, the government will hear us,” Dzurova said. “The test and trace system hasn’t worked. There is no other way to lower the incidence of the virus in the population.”

What is seen as government ineptitude, along with growing distrust of their leaders among voters, hasn’t helped.

Dropping the insistence on wearing masks outside while keeping schools closed until last summer, when stores were reopening in the spring, deepened confusion and dissatisfaction, according to intensive care physician Duska.

Restricting compensation to 60 per cent of salary for people under quarantine only increased dissatisfaction.

The cavalier disregard displayed by the government’s health minister for restrictions he himself had announced only made things worse.

In late October, the country’s biggest tabloid newspaper, Blesk, had a front-page photo of Dr. Roman Prymula leaving a restaurant without a mask. The restaurant was open illegally. He had eaten illegally and put his mask aside.

But one result, among others, is that a number of underground taverns have opened for business, as people argue that they have the same rights as their ministers.

Political manoeuvring at the top of the state has deepened public distrust. The country’s president, Milos Zeman, is a populist and an admirer of both Donald Trump and Vladimir Putin. His position is largely ceremonial, but that didn’t stop him from negotiating to have the Russians deliver some of their Sputnik V vaccine. 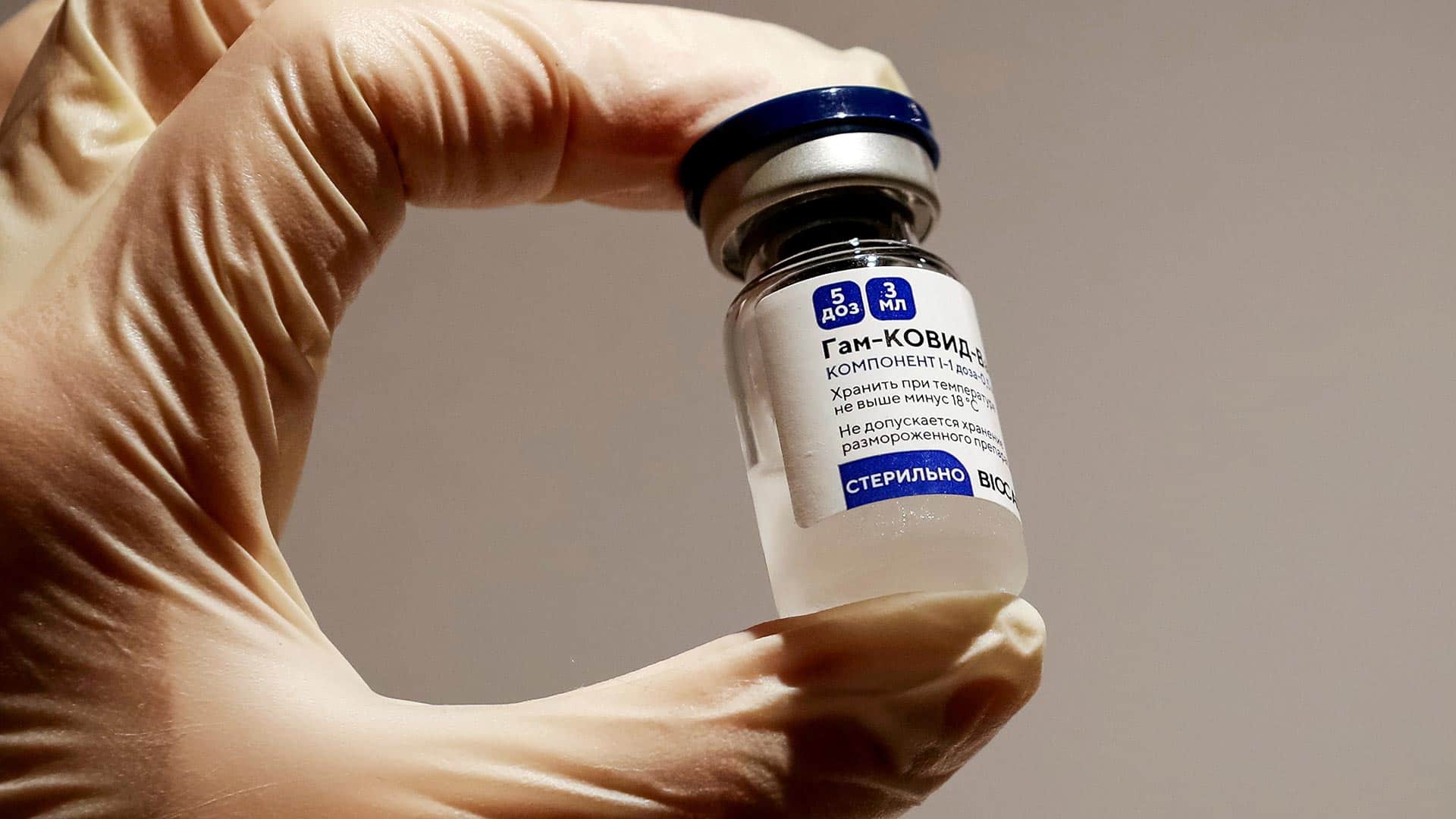 Russia’s Sputnik V vaccine has been a political and medical victory for the country, with many nations now scrambling to get doses. But others, particularly former Soviet states, remain suspicious of the vaccines, and of Russia’s intentions in promoting it. 3:45

Zeman then decided a new health minister was needed, and he announced in a television interview on Feb. 27 that Blatny was suffering from burnout. “He’s very, very tired.”

But Babis, the prime minister, disagrees and says Blatny won’t leave, at least not until the end of March. The public is hardly reassured.

Another populist is ex-president Vaclav Klaus, 79, who served until 2013. He’s a COVID skeptic and has appeared in public frequently without a mask. He has railed against vaccinations and even attended an anti-mask demonstration in Prague in January.

Klaus, who now has COVID-19, has stopped demonstrating.

But he has contributed to the public’s distrust and disbelief about new restrictions. As has the conviction, held by Duska and others, that the state’s response to the crisis has been disjointed and disorganized. For instance, masks — at first compulsory and then not — are now compulsory again.

In the midst of this, Babis manoeuvres to save lives and save his government. National elections are to be held in September.

As his country has gone from first to last in the virus tables, his ANO party has seen its support slip from more than 30 per cent to 26 per cent in the polls as of March 2, according to Politico Europe’s Poll of Polls. The opposition Pirate party has climbed steadily and is now at 25 per cent, neck and neck with ANO.

Babis, too, could be a casualty of COVID-19.

All of this is happening on the 100th anniversary of the publication of The Good Soldier Svejk. This most famous Czech fictional character stumbled through the First World War unscathed as he blindly obeyed every mad order he was given, always with a smile.

“A Genius or an Idiot?” was the headline of an article marking the anniversary of the satirical novel. In the case of the Czech government, both descriptions could apply, within just one year.

How to budget 2021: Britons can ‘budget better’ using their mobile...

Pension: Expats must be ‘prepared’ for EEA rule changes – the...

Paid time off for a COVID-19 vaccination? Depends on the workplace

YouTube.com Now Available to Be Installed as a Progressive Web App

Experts question whether COVID-19 curfews work. But France may have had...

Police could have ended George Floyd’s restraint after he was handcuffed,...