A woman who currently works in the office of New York Gov. Andrew Cuomo says he looked down her shirt and made suggestive remarks to her and another aide, according to a newspaper report published Friday.

Alyssa McGrath told the New York Times that Cuomo called her beautiful in Italian, referred to her and her female colleague as “mingle mamas,” asked why she wasn’t wearing a wedding ring and inquired about her divorce.

McGrath is the first current aide to come forward publicly amid mounting allegations of sexual misconduct against Cuomo, who is the subject of an impeachment investigation by the New York State Assembly, the state’s lower legislative chamber, presumably over those accusations and questions about the governor’s handling of data about COVID-19 nursing home deaths.

McGrath told the newspaper that her female colleague was the same woman the governor is accused of groping in the Executive Mansion, an allegation that was revealed in a report last week in the Times Union of Albany. That aide hasn’t been identified publicly.

McGrath did not accuse the governor of inappropriate touching.

Cuomo, a Democrat, has repeatedly denied allegations of sexual misconduct. A lawyer representing him told the New York Times that the governor has indeed used Italian phrases like “ciao bella,” which means “hello beautiful” in Italian, and greeted both men and women alike with hugs and a kiss.

“None of this is remarkable, although it may be old-fashioned,” lawyer Rita Glavin said. “He has made clear that he has never made inappropriate advances or inappropriately touched anyone.”

New York’s legislative leaders, meanwhile, have yet to answer key questions about plans to launch an impeachment investigation of Cuomo, including how long it will take, how public its proceedings or findings will be, or what kinds of misconduct could fall under its scrutiny.

The assembly’s judiciary committee has yet to meet on the topic, though it did take one initial step this week — hiring the Manhattan law firm Davis Polk & Wardwell to assist.

The pace of the inquiry has frustrated some lawmakers who want Cuomo out now.

“It’s pretty strange to me and I think that we are needing to ask a lot of questions here,” Assemblywoman Yuh-Line Niou, a Democrat. “With any kind of lack of transparency or lack of access to any process, one has to ask about the motivations and one has to ask: Why?”

John Kaehny, executive director of the good-government group Reinvent Albany, said the assembly’s leaders have an obligation to explain how the investigation will unfold.

“Impeachment isn’t something New York does regularly, so no one really knows how it’s supposed to work,” he said. “We know it’s really important and it should be as transparent as possible.”

Meanwhile, polling suggests that while Cuomo’s support slipped following the allegation of groping at the Executive Mansion, his political base hasn’t abandoned him.

A new Quinnipiac University poll of 905 registered voters found that while 43 per cent believe he should resign, 36 per cent of women polled said he should quit, and 23 per cent of Democrats.

Among respondents of all political affiliations, 36 per cent said Cuomo should be impeached and removed from office. 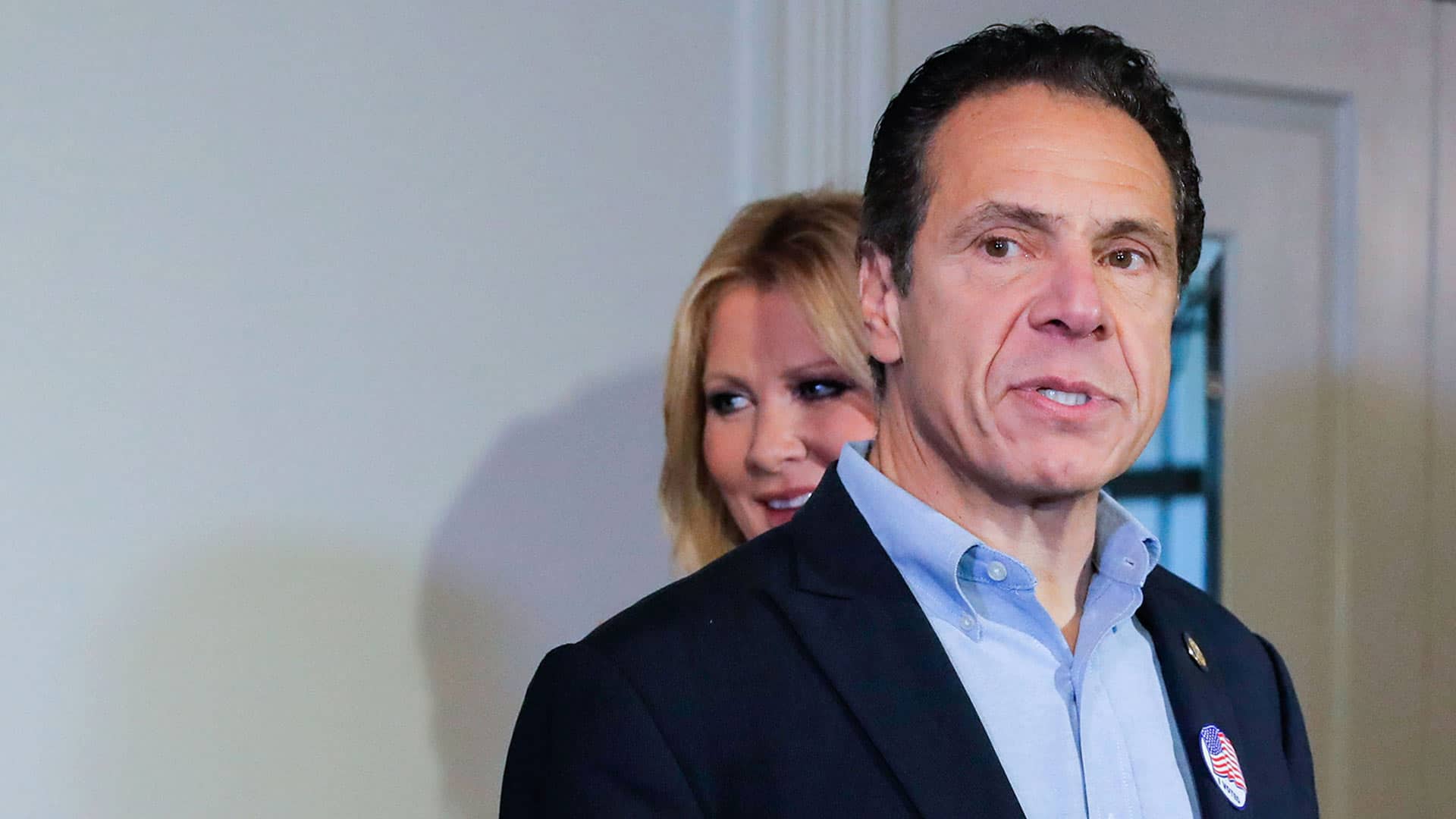 New York Gov. Andrew Cuomo has apologized, but refused to resign, after three women accused him of sexual harassment. An investigation into the allegations has been launched and it could deliver a fatal blow to his career. 2:11

Cuomo’s conduct with women is also the subject of an investigation overseen by state Attorney General Letitia James.

Federal prosecutors are also scrutinizing whether Cuomo’s administration misled the public or the U.S. Justice Department about COVID-19 fatalities at nursing homes.

Cuomo says he never touched anyone inappropriately. He has apologized, though, for what he said were attempts to engage in office banter that he now realizes offended women who worked for him.

Heastie said decisions about the probe would be decided by judiciary committee Chair Charles Lavine. Lavine referred requests for interview to Heastie, whose office didn’t respond to questions from The Associated Press.

An attorney for one of Cuomo’s accusers, Charlotte Bennett, has said she won’t co-operate with the assembly’s inquiry because of questions about potential political interference.

Universal Credit rise should be REPLACED with hardship payment in £6bn...

Android 12: Google smartphone fans get sneak peek at next big...

Why Israel is leading the world with COVID-19 vaccinations