Prime Minister Boris Johnson announced on Monday a new national lockdown for England until at least mid-February to combat a fast-spreading new variant of the coronavirus, even as Britain ramped up its vaccination program by becoming the first nation to start using the shot developed by Oxford University and drugmaker AstraZeneca.

Johnson said people must stay at home again, as they were ordered to do so in the first wave of the pandemic in March, this time because the new virus variant was spreading in a “frustrating and alarming” way.

“As I speak to you tonight, our hospitals are under more pressure from COVID than at any time since the start of the pandemic,” he said.

Under the new rules, which are set to come into effect as soon as possible, primary and secondary schools and colleges will be closed for face-to-face learning except for the children of key workers. University students will not be returning until at least mid-February. 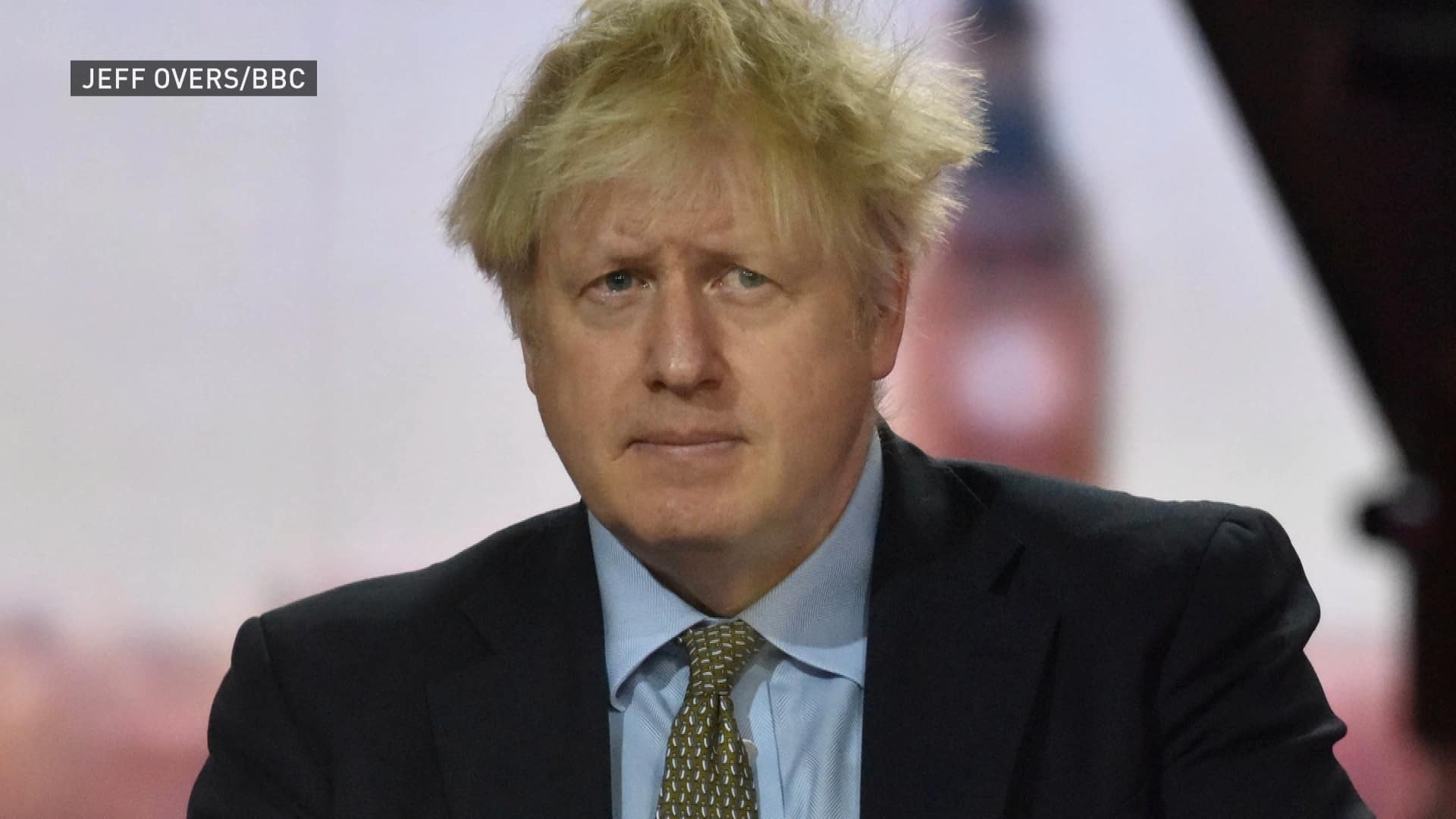 Measures enacted due to an alarming spike in COVID-19 cases across Britain, aided by the new, rapidly spreading variant of the virus. 2:22

All non-essential shops and personal-care services such as hairdressers will be closed, and restaurants can only operate takeout services.

As of Monday, there were 26,626 COVID-19 patients in hospitals in England, an increase of more than 30 per cent from a week ago. That is 40 per cent above the highest level of the first wave in the spring.

Large areas of England were already under tight restrictions as officials try to control an alarming surge in coronavirus cases in recent weeks, blamed on a new variant of COVID-19 that is more contagious than existing variants. Authorities have recorded more than 50,000 new infections daily since passing that milestone for the first time on Dec. 29. On Monday, they reported 407 virus-related deaths to push the confirmed death toll total to 75,431, one of the worst in Europe.

The U.K.’s chief medical officers warned that without further action, “there is a material risk of the National Health Service in several areas being overwhelmed over the next 21 days.”

Scottish leader Nicola Sturgeon also said that starting Tuesday, people in Scotland are legally required to stay at home except for essential reasons to curb a renewed surge of coronavirus infections. She told lawmakers on Monday that Scotland will be placed in lockdown for at least the whole of January to help ease the pressure on hospitals and intensive care units.

Meanwhile, Ireland’s hospitals chief said Monday that the country’s facilities cannot manage the current trajectory of its fast-growing COVID-19 outbreak and will cancel most non-urgent procedures this week to create as much spare critical-care space as possible.

British Columbia recorded 2,211 new COVID-19 cases over the past four days, along with 45 more deaths.

In Alberta, Premier Jason Kenney said Monday he has accepted the resignations of Grande Prairie MLA Tracy Allard as minister of municipal affairs and of Jamie Huckabay, his chief of staff. In a Facebook post on Monday, Kenney said he has also demoted five other United Conservative Party MLAs who travelled internationally over the holidays.

Alberta on Monday reported more than 5,100 new cases of COVID-19 over the past five days as it resumed reporting Monday. The province also announced 96 deaths related to COVID-19 since Dec. 29, including its first death of a health-care worker.

In Saskatchewan, Premier Scott Moe accepted Joe Hargrave’s resignation from his positions as minister of highways and minister responsible for the water security agency after it emerged he travelled to Palm Springs, Calif., over the holidays. Hargrave will remain a provincial representative.

Meanwhile, the province recorded 286 more cases of COVID-19 and the deaths of two seniors on Monday.

Ontario reported 3,270 new COVID-19 cases and 29 new deaths on Monday. With the new cases, the province’s seven-day average of daily cases is approaching 3,000 for the first time, and the number of patients hospitalized jumped considerably to 1,190. Of those, 333 are being treated in intensive care, while 194 require the use of a ventilator.

The province also reported three new cases of the coronavirus variant first found in the U.K., bringing its total to six.

Just before noon, the first person to receive the COVID-19 vaccine in the province — personal support worker Anita Quidangen — received her second dose at Toronto’s University Health Network, 21 days after the first dose.

Premier Doug Ford said Ontario is going “full steam forward” with its vaccination efforts. More than 42,000 vaccine doses had been administered in Ontario as of Sunday, according to provincial data. A provincewide lockdown remains in effect as elementary school students returned to school online Monday. 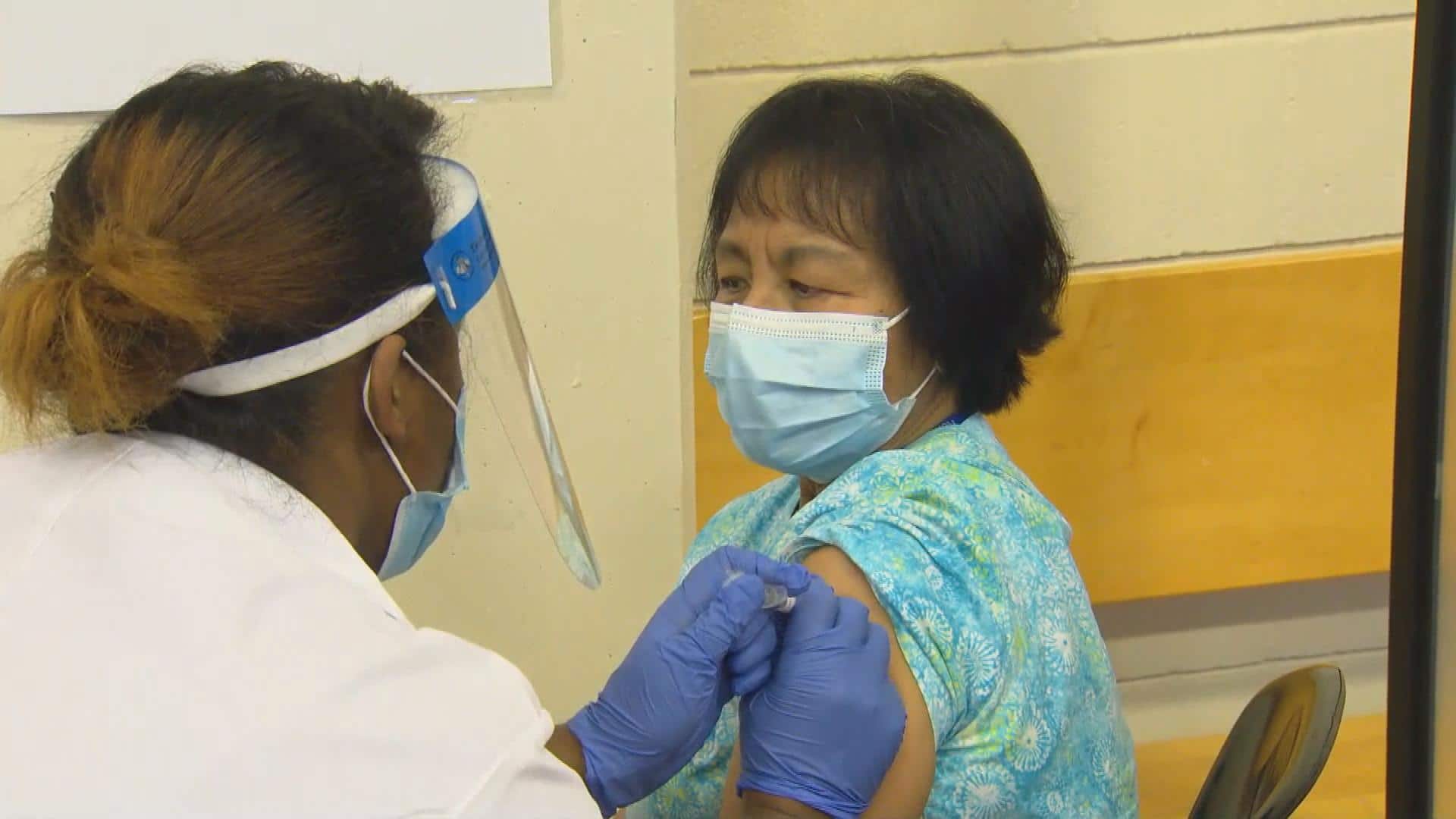 Toronto also announced new measures to publish details on COVID-19 in workplaces. Businesses will need to “immediately notify” Toronto Public Health as soon as they become aware of two or more employees with COVID-19 and designate a contact person.

In Atlantic Canada, New Brunswick reported 17 new cases on Monday, while Newfoundland and Labrador reported one new case, breaking a five-day streak without any new infections.

WATCH | Educators find innovative ways to teach outside the classroom: 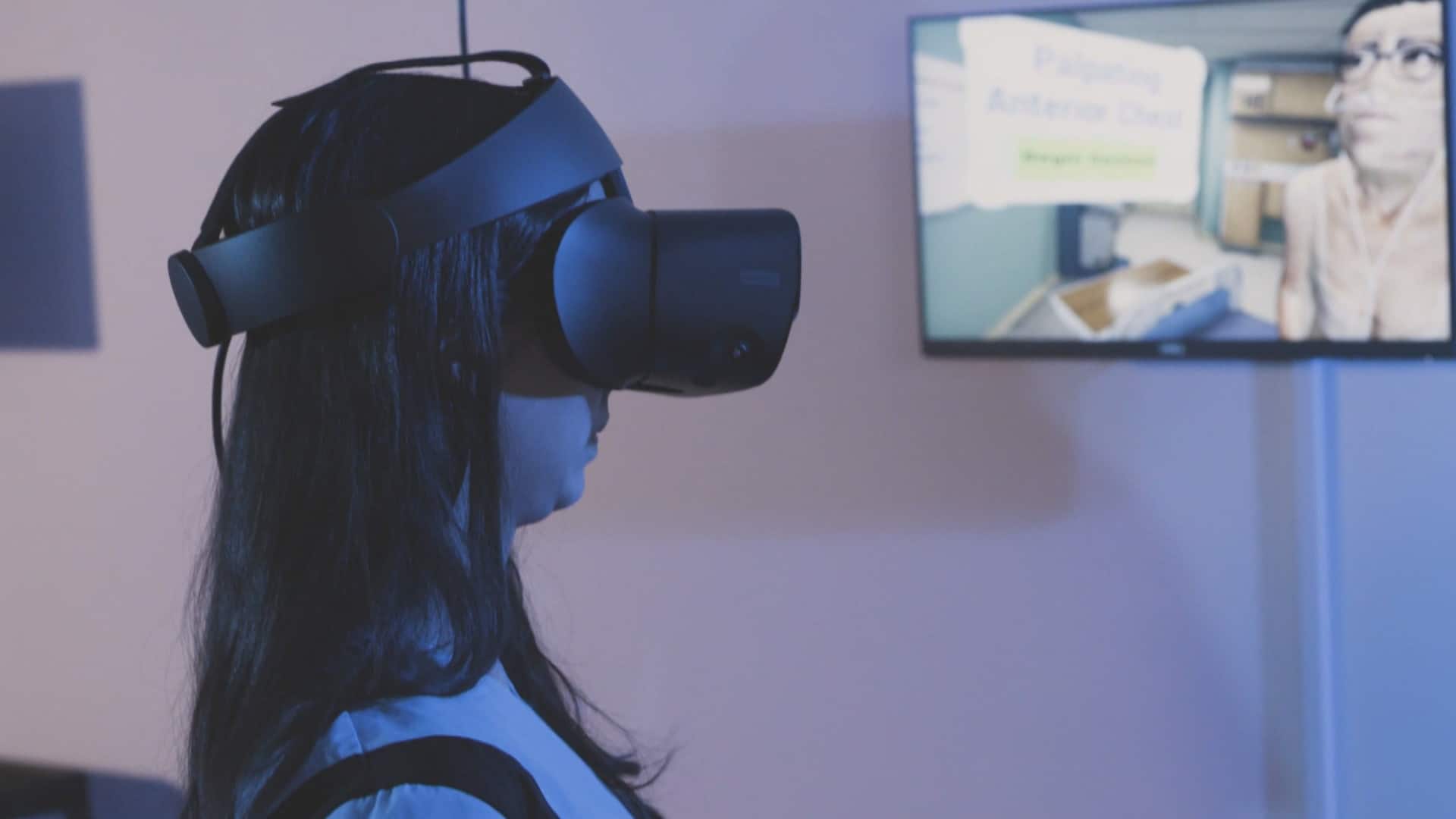 The pandemic has forced educators across Canada to find innovative new ways to teach from a distance. 2:06

Prince Edward Island and Nova Scotia did not report any new cases on Sunday.

Some Halifax-area restaurants were scrambling over the weekend to prepare for reopening after the province announced on New Year’s Eve that restaurants and bars would be allowed to offer dine-in service again starting on Monday.

Quebec reported 2,546 new cases of COVID-19 and 32 more deaths on Monday. There were 1,294 people in hospital with the illness, including 188 in intensive care.

More than 30,000 people in the province had received the first dose of the two-dose COVID-19 vaccine as of Sunday.

The provincial government has given the green light for the Vancouver Canucks to play home games in the province during the upcoming 2021 NHL season.

WATCH | Infectious diseases specialist on essential workers and the risk of COVID-19: 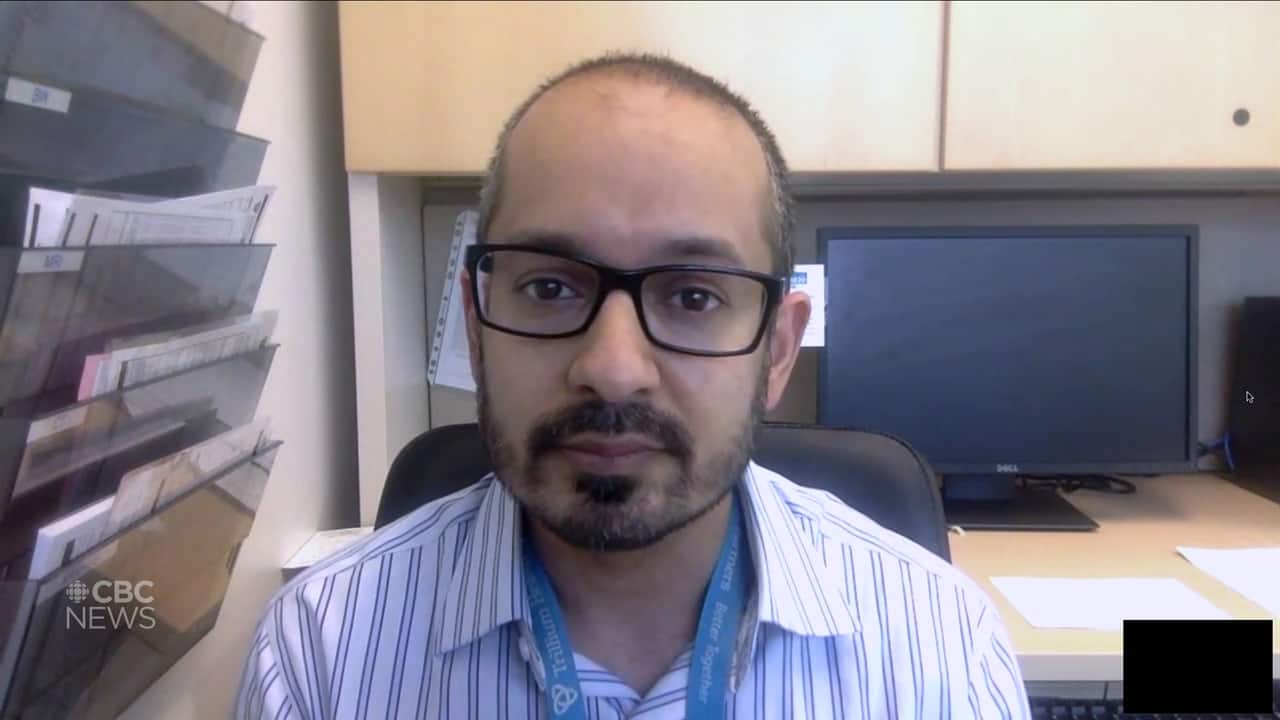 Air travel is a concern but not the main driver of higher COVID-19 numbers in Ontario, says infectious disease specialist Dr. Sumon Chakrabarti. He says cases are still rising in parts of the province because lockdowns do not address the problems of essential workers getting the virus at work and bringing it home. 2:50

In the North, Nunavut reported no new active cases on Monday, leaving it with zero. However, a resident who travelled to Winnipeg to give birth died Sunday. She contracted COVID-19 after having a caesarean section. She had been on breathing support for more than a month.

Yukon reported one new case on Monday, while the N.W.T. did not provide updated figures.

Here’s a look at what’s happening with COVID-19 across the country: 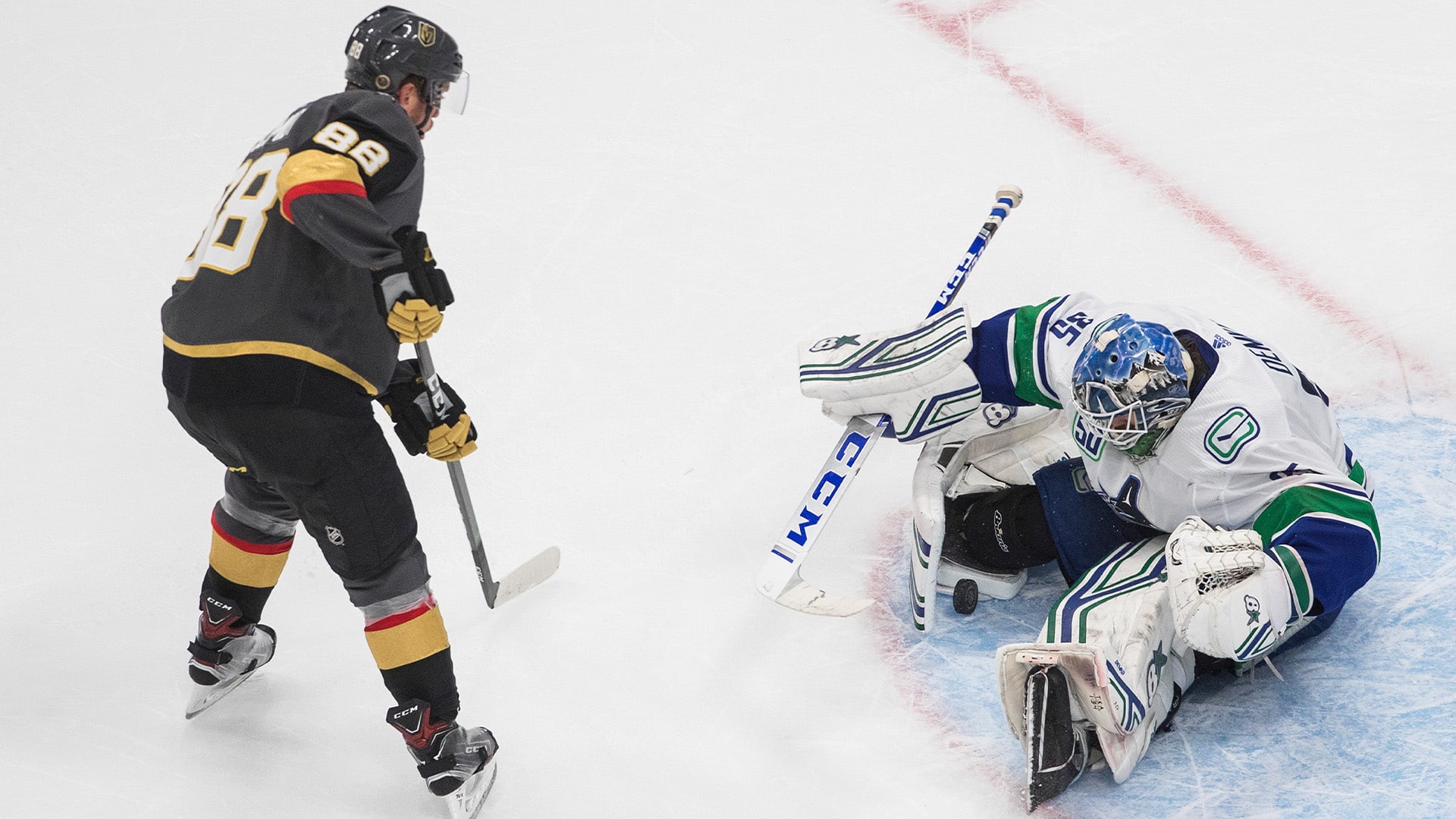 B.C is now the second province to approve the NHL’s COVID-19 safety plans to host games in the province once the season begins on Jan. 13. With three more provinces still to decide, a doctor weighs in about those plans. 1:33

As of Monday evening, more than 85.6 million cases of COVID-19 had been reported worldwide, with more than 47.9 million cases considered recovered or resolved, according to Johns Hopkins University’s tracking tool. The global death toll stood at more than 1.8 million.

More than two-thirds of the 15 million coronavirus vaccines shipped within the United States have so far gone unused, U.S. health officials said on Monday, as the governors of New York and Florida vowed to penalize hospitals that fail to dispense shots quickly enough.

In New York, hospitals must administer vaccines within a week of receiving them or face a fine and a reduction in future supplies, Gov. Andrew Cuomo said, hours before announcing the state’s first known case of a new, more infectious coronavirus variant originally detected in Britain.

“I don’t want the vaccine in a fridge or a freezer, I want it in somebody’s arm,” the governor said. “If you’re not performing this function, it does raise questions about the operating efficiency of the hospital.”

New York hospitals on the whole have dispensed fewer than half of their allocated doses to date, but performance varied from one group of hospitals to another, Cuomo said. The NYC Health + Hospitals system, the city’s main public hospital network, has administered only 31 per cent of its allotment, compared with 99 per cent for a few private hospitals in the state.

Cuomo’s announcement that the more contagious COVID variant first discovered in the U.K. had been confirmed in a man in his 60s living in a town north of Albany, N.Y., gave new urgency to the state’s efforts to accelerate vaccinations.

At least three other U.S. cases of the variant have been documented since last week, one each in Florida, California and Colorado.

In Florida, where officials have put senior citizens ahead of many essential workers for getting the vaccine, Gov. Ron DeSantis announced a policy under which the state would allocate more doses to hospitals that dispense them most quickly.

France’s cautious approach to its vaccine rollout appears to have backfired, leaving just a few hundred people vaccinated after the first week and rekindling anger over the government’s handling of the coronavirus pandemic.

President Emmanuel Macron was scheduled to hold a special meeting with top government officials on Monday afternoon to address the vaccine strategy and other virus developments.

“Ministry of Health of Israel has secured six million doses and first deliveries [are] expected to begin in January,” Moderna said in a statement.

Israel has begun to vaccinate its population at one of the  quickest rates in the world, and it aims to reach all vulnerable
citizens by late January. Authorities started vaccinations on Dec. 19 using the vaccine developed by Pfizer and BioNTech.

In Asia-Pacific, Sri Lankan authorities on Monday announced that schools will partially reopen starting next week, after being closed for nearly three months due to a COVID-19 surge. The Education Ministry has decided to keep schools closed in the capital Colombo and surrounding suburbs.

Mask-wearing has become mandatory is some circumstances in Australia’s largest city due to the pandemic risk. People risk a 200 Australian dollar ($196 Cdn) fine in Sydney if they don’t wear masks in shopping malls, on public transport and in various indoor areas.

In the Americas, Brazil confirmed on Monday its first cases of the coronavirus variant first discovered in the United Kingdom. Two cases were reported in Sao Paulo state. Brazil on Monday registered 20,006 new cases of coronavirus and 543 fresh COVID-19 deaths, the Health Ministry said.

In Africa, South Africa is aiming to get COVID-19 vaccines by next month but is still in talks with pharmaceutical companies and no deals have yet been signed.

The country remains the hardest hit on the continent, with more than 1.1 million cases and more than 29,000 deaths reported since the start of the pandemic.

Trump pardons ex-strategist Steve Bannon, dozens of others, in final hours in office

Walmart to give 85,000 Canadian workers a one-time COVID cash bonus

Despite a different hockey landscape, Canucks ready to take another step...