As creative director, I look after all iterations of the brand across both the physical and digital spaces. It’s an unusual role for a wine merchant to have. When you have a business that’s been around for 350 years, it means you have to work doubly hard at protecting it, but also be prepared to move it forward as well, while respecting the essence of your brand. Sometimes people can become paralysed by the fear of doing anything because of a company’s heritage. But then you run the risk of ending up with a museum, not a business.

Did you have any previous experience working with designers and architects before Berry Bros & Rudd?

Not really, although I did start out working in the interiors section of a magazine. And while my mother’s family were wine merchants, my father’s were interior designers and furniture designers, so the creative side is definitely something I’ve inherited. And I do feel a natural affinity with it.

You’ve worked with Mowat & Company (formerly Urban Salon) for your shop, warehouse and offices. How did this collaboration come about?

I first met Alex Mowat back in 2012 when we were meeting with a number of creative companies. We didn’t have a specific project to discuss at the time, but we felt he was likeminded.

So when a tiny job came up we asked him to do it – a stand for the Coronation Festival in the gardens of Buckingham Palace. It was a nice thing to start on to see if there was a good fit between us. 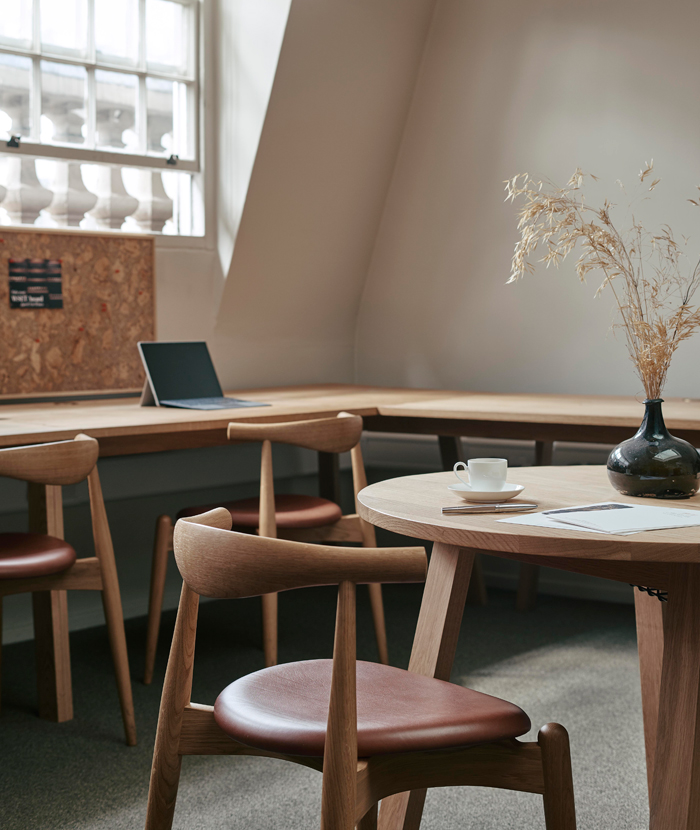 What qualities do you look for when commissioning designers?

We enjoy collaborations where we can form long-term relationships, and where the company becomes part of our extended team, as is the case with Mowat & Company. It goes far beyond a simple client-consultant relationship. We’re always looking for potential collaborators who think the way we do. We wanted someone like Alex who would challenge us as well – you need to have a positive creative tension.

What projects have you collaborated on with Mowat & Company?

After the exhibition stand, they designed a warehouse shop for us in Basingstoke. Alex was very good at being respectful of budgets, which is very useful in an architect. We were able to create something with a very positive impact as a retail space, and because it was so far away from our base in St James’s in the centre of London, we could be a little braver in our approach. Then we collaborated on 63 Pall Mall, our first new shop in many years. There we had the challenge of creating something progressive that was also sympathetic to the heritage of the building, which we wanted to enhance rather than dilute. Most recently, Mowat & Company has redesigned our offices in St James’s. 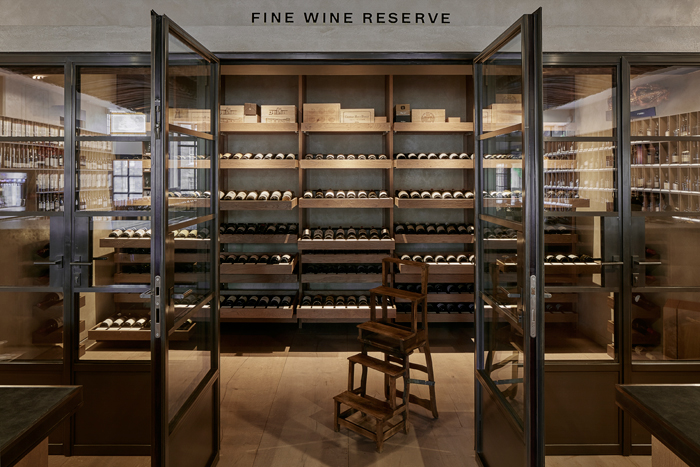 Berry Bros & Rudd’s shopf loor is not designed according to fashion, but durability and permanence. Image Credit: Chris Horwood

How is your brand expressed in your new spaces?

We’re certainly aiming for a combination of the old and the new by creating spaces that feel progressive and cutting edge, but also take the best of the past, whether materials or small details that could be invisible to many. For example, in our new shop, we asked the Whitechapel Bell Foundry to make a new bell that evoked our old one (which they had also made), which had had a very recognisable, traditional noise. So when our customers visited the new space, hearing that bell took them right back in their minds to the old shop.

We’re trying to create spaces with lasting power – spaces that are relevant rather than fashionable. We’re interested in projects that are designed to wear in rather than wear out – for example, our shop is three years old, and we know that the oak floor won’t look its best for another 20 or 30 years. We want things to last, as we are always thinking about handing the company down the generations. 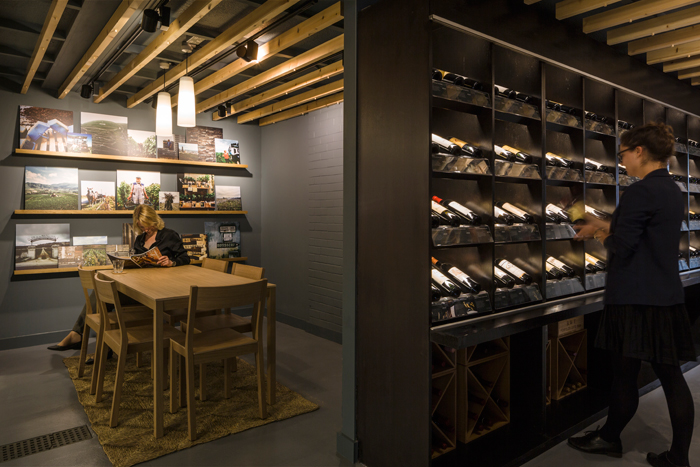 What particular challenges did the office redesign present?

Our offices are an extraordinary collection of 12 buildings dating back many centuries – we’ve even got one of the walls from Henry VIII’s tennis court – that were all pulled together in rather a Heath Robinson way. We needed to make sure that the spaces worked for the business we are today, as well as respecting the fabric of the historic buildings. So we were keen to make sure that the materials we chose would wear in better over time.

We took down some partitions that had been put up in the 1960s and 70s so that people could work together in a more collaborative way. Lighter and brighter with much better storage, the office spaces are curated so that they are a pleasure to be in. 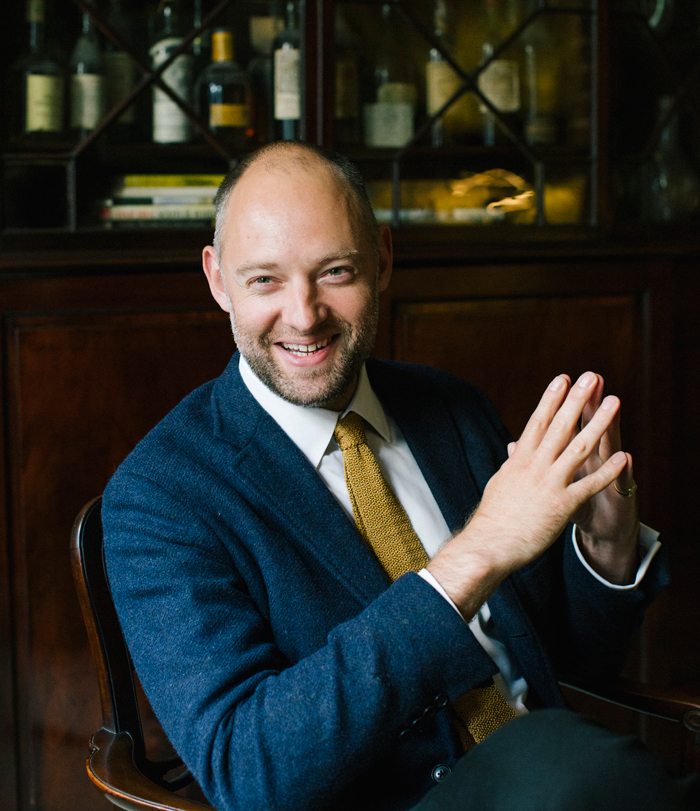 Do you enjoy the creative process?

I absolutely love the creative process. It’s the responsibility of the client to find an architect or designer who really does think in the same way that they do, and truly wants to be collaborative – sometimes they might say they do but don’t really mean it. Fortunately, we do have that relationship with Alex, who is very good at managing our expectations and ambitions for the budgets we have.

From a personal point of view, it can be frustrating when you get very deep into a meeting on a particular issue and don’t have the vocabulary to communicate on a highly technical level. But even though it can be tricky, it’s still a fascinating process. 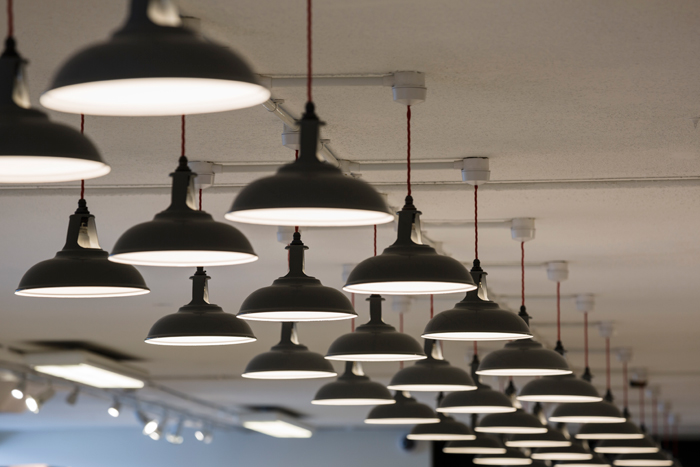 Lighting in the warehouse, an example of Mowat & Company’s seamless amalgamation of old and new styles. Image Credit: Chris Horwood

Do you have any further ventures in the pipeline?

We always have a few small feasibility projects on the go. Longer term, the ambition is to make sure we’re delivering environments that best suit our staff and customers – and that’s an endless project.

The Absolute Best Way to Cook a Hot Dog, According to So Many Tests

Electric scooter rentals to launch in London on June 7

Rogers signs deal to buy Shaw in transaction valued at $26B

Top Ten in January and February