China was expected to open the first trial Friday for one of two Canadians who have been held for more than two years in apparent retaliation for Canada’s arrest of a senior Chinese telecom executive.

Canada said its consular officials were not given permission to attend the proceedings despite several requests. They have been notified that a court hearing for Michael Spavor would be held Friday, and one for Michael Kovrig would follow on Monday.

China has not publicly confirmed the court dates. Calls to the court in Dandong, the northeastern city where Spavor was charged, went unanswered.

Sidewalks were roped off with police tape and journalists were kept at a distance as police cars and vans with lights flashing entered the the court complex, located beside the Yalu River that divides China from North Korea.

WATCH | Spavor, Kovrig to go on trial in China for espionage: 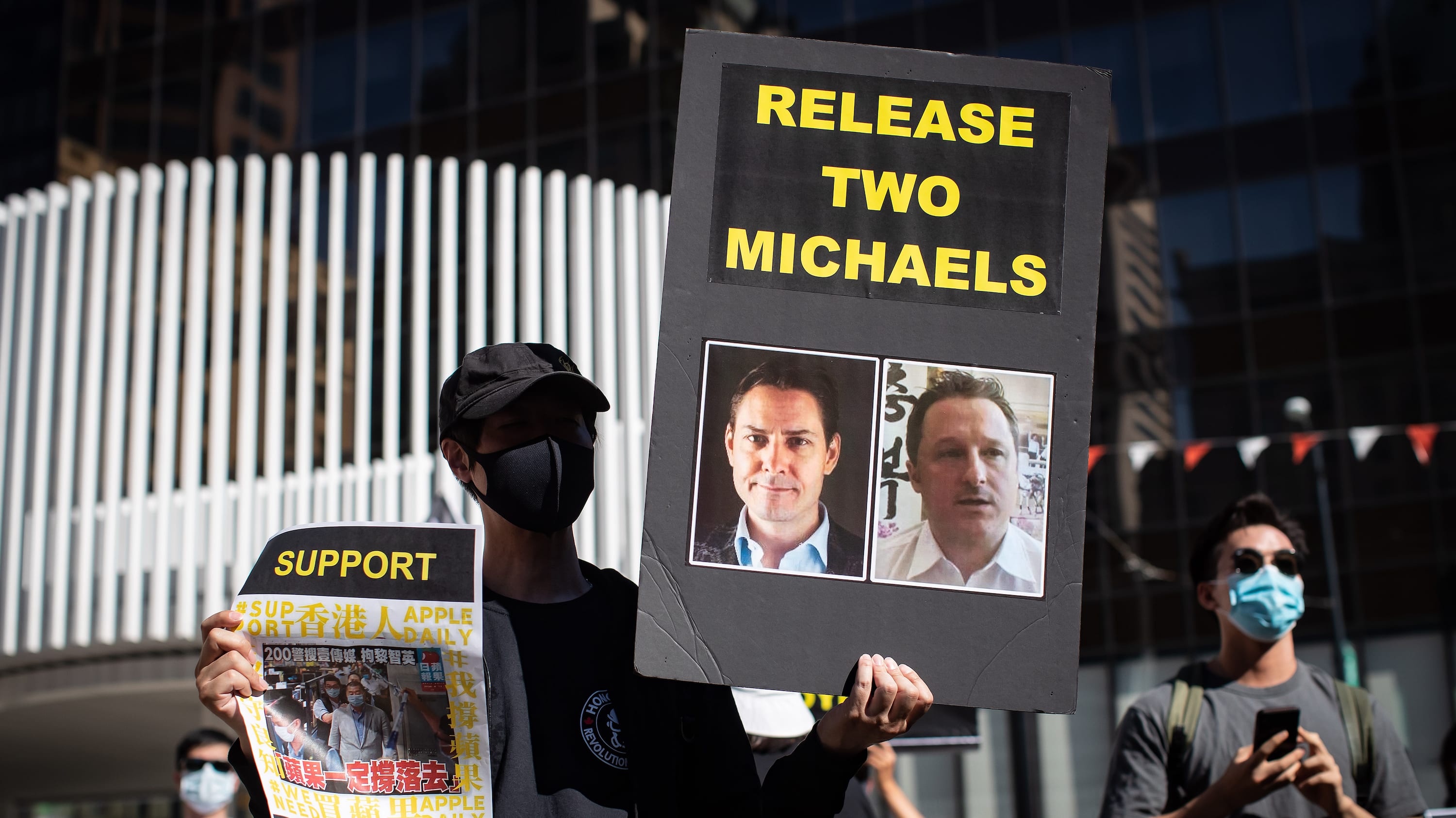 Freelance reporter Patrick Fok says the timing of the espionage trials in China for Canadians Michael Spavor and Michael Kovrig may be linked to trade talks between the U.S. and China. 1:54

The Canadian Embassy’s Deputy Chief of Mission Jim Nickel knocked on a door to the court seeking entry but was refused. He was told the trial would begin at 10 a.m. but was given no word on how long it would last or when a verdict would be announced.

Another 10 diplomats from eight countries, including the U.S., the U.K. and Australia, stood on the street opposite the courthouse in a show of support.

“China has confirmed that Canadian officials will not be granted permission to attend the trial,” Canada Global Affairs spokesperson Christelle Chartrand said on Thursday.

“The United States is deeply alarmed by reports that People’s Republic of China (PRC) authorities are commencing trials for Canadian citizens Michael Spavor and Michael Kovrig on March 19 and 22, respectively,” Katherine Brucker, U.S. Chargé d’Affaires in Ottawa, said in a statement.

“We stand shoulder-to-shoulder with Canada in calling for their immediate release and continue to condemn the lack of minimum procedural protections during their two-year arbitrary detention.”

Spavor and Kovrig were detained in December 2018, days after Huawei executive Meng Wanzhou was arrested at the request of the U.S. at the airport in Vancouver. The U.S. is seeking her extradition to face fraud charges related to her company’s dealings with Iran.

Details of charges not released

The two Canadians have been held ever since, while Meng has been released on bail. They were charged in June 2020 with spying under China’s national security laws.

Prosecutors have not released details of the charges and trial proceedings in national security cases are generally held behind closed doors. The state-owned Global Times newspaper said Kovrig was accused of having used an ordinary passport and business visa to enter China to steal sensitive information and intelligence through contacts in China since 2017, while Spavor was accused of being a key source of intelligence for Kovrig.

Extradition hearing in Vancouver for Meng

In Vancouver on Thursday, Meng’s lawyers told an extradition hearing Canadian officials abused their power when they conspired with the U.S. to arrest her. Defence lawyer Tony Paisana said Canadian Border Services Agency officers took Meng’s phones, obtained their passwords, then handed to them to Canadian police so the data could be shared with the FBI.

Paisana said Meng was never told during questioning that she faced an arrest warrant in the U.S. and would have immediately asked for a lawyer if so informed. British Columbia Supreme Court Associate Chief Justice Heather Holmes suggested border officers would have questioned Meng more rigorously if their exam was actually a covert criminal investigation, as her lawyers said.

China has demanded Meng’s immediate and unconditional release, saying the U.S. engineered her detention as part of a drive to contain China’s growing rise. Canadian authorities say Kovrig and Spavor were arbitrarily arrested to put pressure on Ottawa and say they should be released without charge.

Kevin Garratt, another Canadian who detailed in China for almost two years on accusations of spying, offered some insight into the court process to which Spavor might be subjected.

“The problem was I couldn’t really talk to my lawyer … I was never given permission to talk to him,” Garratt, who was released in 2016, said on CBC News Network’s Power & Politics Thursday. “I could never really defend myself.”

WATCH | Garratt says it’s time for Canada to rethink its relationship with China: 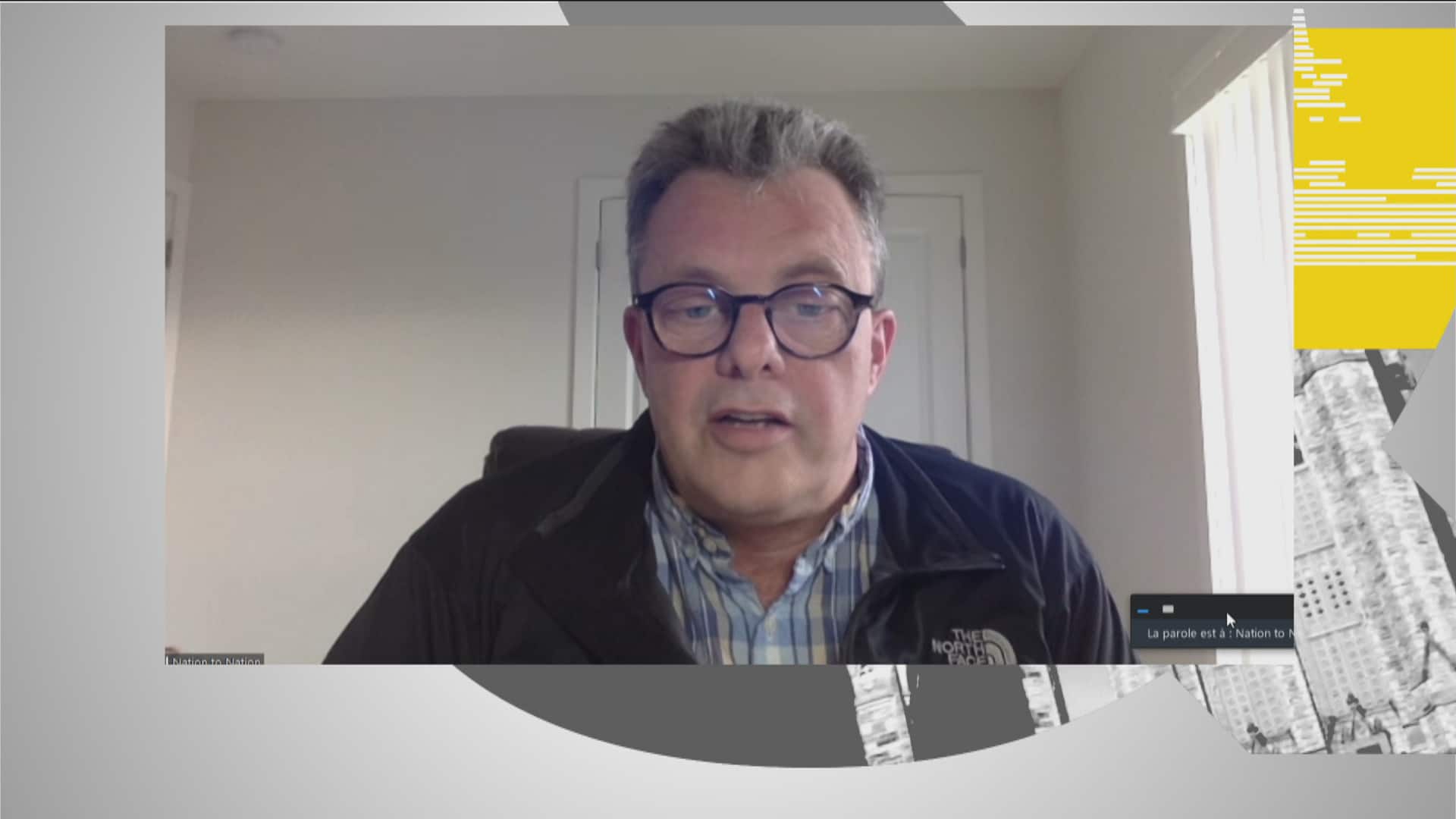 Kevin Garratt, who was detained in China for more than two years, says that he thinks the Canadian government needs to “disengage to some extent” with China: “I think they really need to reconsider the relationship with China.” 6:43

Garratt, who was held in the same prison as Spavor, said he entered his own court process with hope, but got the feeling the trial didn’t matter.

“I don’t think it will be any different for him,” Garratt said of Spavor. “And it’s just a horrible, horrible feeling. And the whole prison system and judicial system in China is made to make you feel hopeless.”

The Circle fans in disbelief over contestant Tally’s ‘uncanny similarity’ to...

Cobra Commander And G.I. Joe Come To World Of Tanks

Pfizer-BioNTech vaccine shots can be given up to 6 weeks apart,...