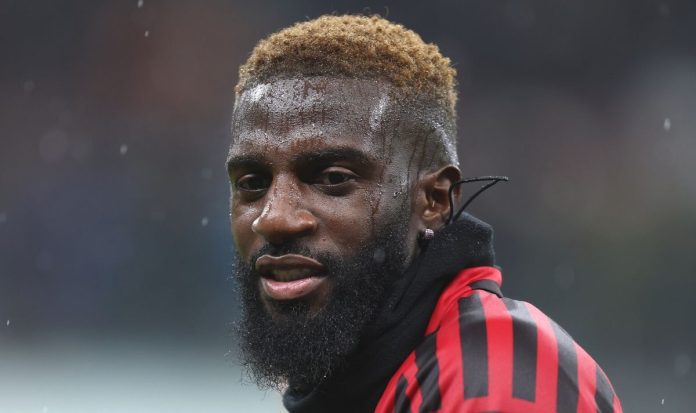 Chelsea have agreed to offload £40m flop Tiemoue Bakayoko to Turkish Super Lig side Adana Demirspor but the Frenchman still has to agree terms before a transfer is completed. The potential move would end the box-to-box midfielder’s rollercoaster five-and-a-half-year stint with the Blues, who remain desperate to get him off the books at Stamford Bridge.

Bakayoko simply failed to live up to expectations in west London after helping Monaco win the Ligue 1 title and reach the Champions League semi-finals in the 2016/17 season.

He made 29 Premier League appearances in his debut season with Chelsea before loan spells with AC Milan (twice), Napoli and former club Monaco.

The player remains on loan at AC Milan but they are reluctant to field Bakayoko as his loan will become permanent if he reaches 15 appearances this season.

Now Turkish journalist Yagiz Sabuncuoglu has confirmed there is an agreement between Chelsea and Adana Demirspor for Bakayoko, who could now be heading for a new chapter in the Super Lig.

Win a pair of tickets to the Premier League or Women’s Super League match of your choosing! Enter below. CLICK HERE

That said, Vincenzo Montella’s side still needs to agree personal terms with Bakayoko before the deal creeps over the line.

Unfortunately for Chelsea, that is no formality as Bakayoko is keen to see out the remainder of his contract in west London due to the size of his salary.

It’s understood his current Chelsea deal – which expires in the summer of 2024 – is worth a whopping £9m per season.

Chelsea have repeatedly tried to get Bakayoko off the books by reaching an agreement over the mutual termination of his contract but the negotiation has proven difficult.

Although it’s clear he has no future at Chelsea, the club have triggered their 12-month option to extend his deal in order to receive a transfer fee for the player.

It’s understood he earns in the region of £120,000 a week, meaning he could be set for a significant pay cut in Turkey.

Adana Demirspor are currently sixth in the Turkish Super Lig table and Bakayoko would be a significant signing for them if they were able to pull it off.

Given the nature of Chelsea’s excessive spending, sales could prove key in not only making room within the squad but also complying with Financial Fair Play regulations.

Chelsea are still hopeful of landing Moises Caicedo from Brighton this month but a mid-season deal looks difficult.

Caicedo has already made it clear he is more than happy at Brighton and it could prompt Chelsea to wait until the end of the season before relaunching their move.

Arsenal, Manchester United and Liverpool are also believed to be keeping an eye on the Ecuador international, who has taken the Premier League by storm in the past 12 months.