Anthem launched almost exactly two years ago, and the launch was rough. Many fans who saw the potential in the original version have been waiting for BioWare’s “Anthem Next” update to transform the beleaguered game and turn things around (like Final Fantasy XIV or No Man’s Sky). Unfortunately, that transformation will not happen. Today BioWare announced that the Anthem update has been canceled and new development on the game has ceased.

“In the spirit of transparency and closure we wanted to share that we’ve made the difficult decision to stop our new development work on Anthem (aka Anthem NEXT). We will, however, continue to keep the Anthem live service running as it exists today,” reads the announcement from executive producer Christian Dailey.

In short, this means that all of the enhancements and changes the team has talked about in the two years since the game’s launch will never be implemented. No tweaks to the Javelins, no skill tree overhaul, and no Artifact system. Though players can continue to access Anthem in its current form (for now), that form will remain full of unrealized potential. 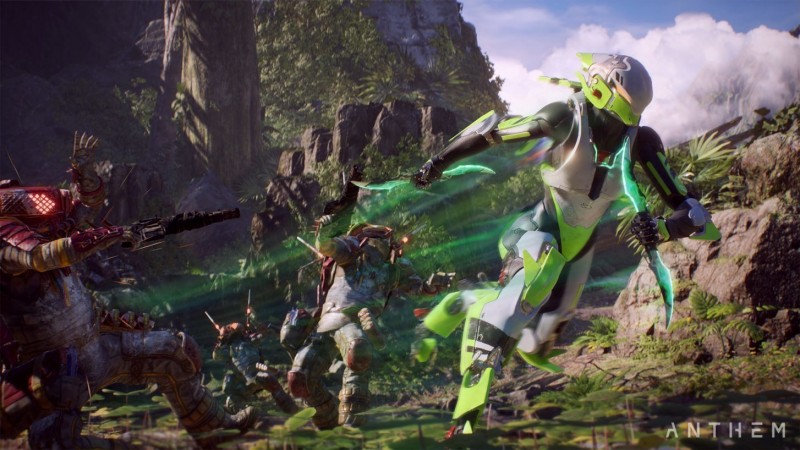 While BioWare and publisher EA did not provide detailed reasons for the decision, it’s not hard to understand that investing in Anthem at this phase would be a risky proposition. Even if the team has wonderful ideas, are they good enough to turn around perception after so long? Plus, the extraordinary conditions of development during the last 12 months also played a role. “2020 was a year unlike any other however and while we continue to make progress against all our game projects at BioWare, working from home during the pandemic has had an impact on our productivity and not everything we had planned as a studio before COVID-19 can be accomplished without putting undue stress on our teams,” Dailey says.

Though Anthem was BioWare’s foray into the online action/RPG space (ostensibly as a rival to living games like Destiny 2), it hit some obstacles almost immediately. A repetitive structure, unimaginative missions, and an uneven integration of the single-player story got in the way of many players’ enjoyment – and that’s before they reached the sparse endgame experience. Though updates released in the months following launch to address some of the major issues, it was clear that a more serious overhaul would be necessary if Anthem was to be redeemed. That was the goal of the now-canceled Anthem Next.

As tempting as it might be to remember Anthem as a total failure, don’t forget that it also had successes. As a core concept, flying through the world in a robo-suit and firing off a bunch of sci-fi weapons works very well, and stands apart as a huge achievement. Game Informer’s Andrew Reiner summed this up well in his review: “The Javelins are Anthem’s biggest triumph, making almost every little action feel like you are controlling a superhero capable of unleashing hell. Javelins give their users temporary jet-fueled flight and a wonderfully deep arsenal of offensive and defensive tools to play with. As the game goes on, that well of toys expands deeply and in exciting ways.”

If you want a glimpse of the optimism surrounding Anthem before its launch, you can read the entire cover story I wrote after visiting BioWare and playing an early version of the game back in 2018.

As for the future of BioWare, Dailey mentions that other big-name projects at the studio remain on course. “Game development is hard,” he says. “Decisions like these are not easy. Moving forward, we need to laser focus our efforts as a studio and strengthen the next Dragon Age, and Mass Effect titles while continuing to provide quality updates to Star Wars: The Old Republic.”

While this is a sad end to the Anthem saga, it is good to know that we still have more BioWare projects to look forward to – including Mass Effect Legendary Edition, which is on the cover of Game Informer’s current issue.

What are your thoughts on the current state of Anthem? Were you waiting for the update before jumping in? Are you a current player who didn’t want it to change? Share your thoughts in the comments below.

8 Best Tips on How to Grow a Garden

The Legend Of Zelda: Breath Of The Wild VR Mod Video...

Who is Daniel Ek? The Spotify billionaire who wants to buy...

How much is The Chase star Mark Labbett worth following successful...

Loot River Is A Roguelike That Tests Your Spatial Block Tactics