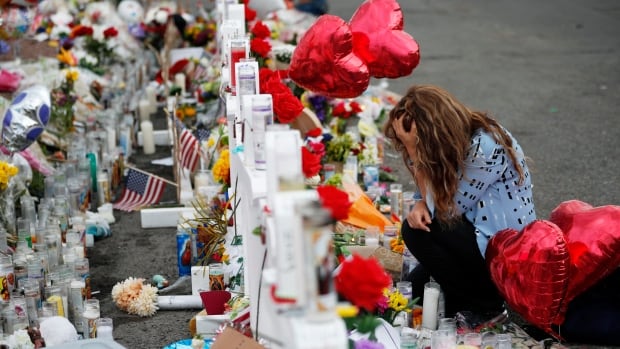 The man accused of killing nearly two dozen people in a racist attack at an El Paso Walmart plans to plead guilty to federal charges in the case, according to court records filed days after the federal government said it wouldn’t seek the death penalty in the case.

Patrick Crusius is still charged in state court with capital murder and could still face the death penalty in Texas if convicted in the 2019 mass shooting, which killed 23 people.

In a court filing Saturday, defence attorneys asked for a hearing to be set so Crusius could plead guilty to federal charges. He was charged with federal hate crimes and firearms violations.

Crusius surrendered to police after the attack, saying, “I’m the shooter” and that he was targeting Mexicans, according to an arrest warrant.

Prosecutors have said he published a screed on the website 8chan shortly before the shooting that said it was “in response to the Hispanic invasion of Texas.”

Democrats criticized then-U.S. president Donald Trump as a result, given his frequent use of the word “invasion” in the preceding years with respect to migrants seeking asylum at the southern border.

The Aug. 3, 2019, shooting happened on a busy weekend day at a Walmart that is typically popular with shoppers from Mexico and the U.S. In addition to those who died, more than two dozen were injured. Many were citizens of Mexico.

El Paso is a largely Hispanic city that forms an international metro area with Ciudad Juarez of more than two million people.

Although the federal and state cases have progressed along parallel tracks, it’s unclear when Crusius might face trial on state charges. A status hearing in the state case was scheduled for Wednesday afternoon, according to court records.

The district attorney who had been leading the state case, Yvonne Rosales, resigned in November over accusations of incompetence involving hundreds of cases in El Paso.