Amanda Young had her dream job as a cook on the Terra Nova FPSO, one of four oil-producing platforms in offshore Newfoundland and Labrador.

“We all thought that we were going to retire offshore until last year,” said Young, 38, who’s originally from Corner Brook, N.L., and now lives in St. John’s.

“Times were really good. We were saving up for the kids’ college funds.”

But her comfortable life was shattered over the past year as the oil industry was hammered by a global pandemic, along with a price war between oil-producing behemoths Saudi Arabia and Russia, causing crude prices to plunge.

Like thousands of others, Young lost her job, one that allowed her to buy her own house, with thoughts of retiring before she was 60.

“What’s going to happen when that unemployment cheque runs out and there’s no other jobs; there’s nothing left?” said Young, who lost her job last fall.

Young is a stepmother to two young girls, Ava and Kaylee. Her husband, Trent Taylor, is one of just a few dozen people still working on the Terra Nova as it floats dockside in Bull Arm, its future as uncertain as the weather in Trinity Bay.

“We’re pretty much stuck in a really hard spot,” said Young, one of many people connected to the oil and gas industry whose lives were cast into turmoil over the past year.

With her two stepdaughters looking on, Young stands in her driveway, speaking about the uncertainty that’s gripped her life and what it might mean for Ava and Kaylee.

“Here we are, two offshore people trying to run a house and family and kids that are in gymnastics and different extracurricular activities that they’re going to have to get hauled out of because we’re not going to be able to afford it,” she said.

An industry cut off at the knees

The double blow of the COVID-19 pandemic and production war sent oil prices tumbling as the market was flooded with crude, and demand for fuels dried up as society ground to a halt amid pandemic lockdowns.

Oil companies did what they always do in a crisis: tightened their belts.

So in staggering fashion, an industry poised for growth — with promises of billions of dollars in investment, unprecedented exploration activity and a plan to double production in the coming years — was cut off at the knees.

In a string of bad news announcements that sent shock waves throughout the economy and shivers through many households, massive projects in Newfoundland and Labrador — such as the West White Rose expansion, with large construction sites and hundreds of workers in Argentia and Marystown — began falling like dominos, and the oil refinery at Come By Chance stopped producing fuels.

“It’s been incredibly difficult for [our] members … and for the families who depend on it,” said Charlene Johnson, chief executive officer of the Newfoundland and Labrador Oil and Gas Industries Association (Noia), which advocates on behalf of companies that supply and service the offshore oil and gas industry.

Prior to the pandemic, Noia represented 530 companies, making it the largest offshore oil and gas industries association in Canada.

But in the year since the coronavirus hit, leading to a global economic slump, its membership has dropped by 70.

A recent survey of its membership revealed that some 5,000 people with links to the industry had lost their jobs over the past year, while many others were forced to accept wage rollbacks, Johnson said.

At the end of 2019, according to the Canada-Newfoundland and Labrador Offshore Petroleum Board, which regulates the industry, 7,351 people were working in “direct support of petroleum-related activity in the offshore area.”

“We quickly moved from having a few challenges in the industry to being in full crisis mode,” Johnson said.

Few companies have escaped the downturn.

Cougar Helicopters, which ferries workers to and from the offshore rigs aboard expensive Sikorsky choppers, has laid off pilots and maintenance crew, while a once-mighty fleet of offshore supply vessels has dwindled from a high of 17 a year ago to just six.

And with fewer workers going offshore, there’s less of a demand for survival and emergency training, which is a specialty at RelyOn Nutec in Mount Pearl.

A year ago, the company employed 25 safety specialists, and the oil industry represented nearly 90 per cent of its business. There are now 10 fewer people on staff, and the oil sector accounts for less than half of the business.

“That was a big hit for us,” said Sean Fitzpatrick, who manages the company’s operations in Mount Pearl, N.L., and Dartmouth, N.S.

RelyOn Nutec has an advanced survival training theatre, allowing workers to train for a variety of emergency scenarios, including a helicopter ditching in the North Atlantic.

But these days, you’re just as likely to see personnel from the marine industry, civilian aviation or the military at the facility as you would an offshore oil worker.

“If if we had remained completely reliant on oil and gas, we would probably be in big trouble,” Fitzpatrick said.

Billions in spending wiped off the books

Some multinationals with deep roots in the province that specialize in finding and developing new oil fields, or expanding existing fields, were hit especially hard, according to various people who work in the oil and gas industry who asked not to be named because they’re not authorized to speak publicly.

Billions of dollars in work commitments were wiped off their books with the stroke of a pen as ExxonMobil shelved a plan to expand the Hibernia oil field, Equinor deferred an investment decision on the Bay du Nord oil field and Husky and its partners put the brakes on the West White Rose projects.

The people who spoke to CBC news say some local operations slashed their workforces by half, casting people adrift who had helped develop a world-class industry in Newfoundland and Labrador.

Many of these workers have left the province and are now building ships in Nova Scotia or plying their trade internationally.

One of the most visible examples of this pandemic-driven tsunami is the Terra Nova FPSO — which stands for floating production, storage and off-loading vessel — which began operating on the Grand Banks in 2002.

In 2019, the seven oil companies with ownership stakes in the Terra Nova oil field agreed to fund an expensive refit of the vessel — one that would extend the life of the field by a decade and allow it to produce another 80 million barrels of oil.

It was welcome news for the more than 850 people working with the Terra Nova project at the time, most of whom were residents of Newfoundland and Labrador.

The plan was to sail the Terra Nova to a dry dock in Spain last winter, but those plans were interrupted by the pandemic, and now there are questions about whether the Terra Nova will ever again produce another barrel of oil.

The vessel is now docked at Bull Arm, Trinity Bay, which is best known as a construction site for the Hibernia and Hebron oil platforms.

The provincial government has offered to invest $175 million into the Terra Nova, if Suncor Energy and its partners commit to a long-term production plan for the vessel.

The money is part of a $320 million lifeline provided by the federal government to help protect jobs and lower carbon emissions in the offshore. 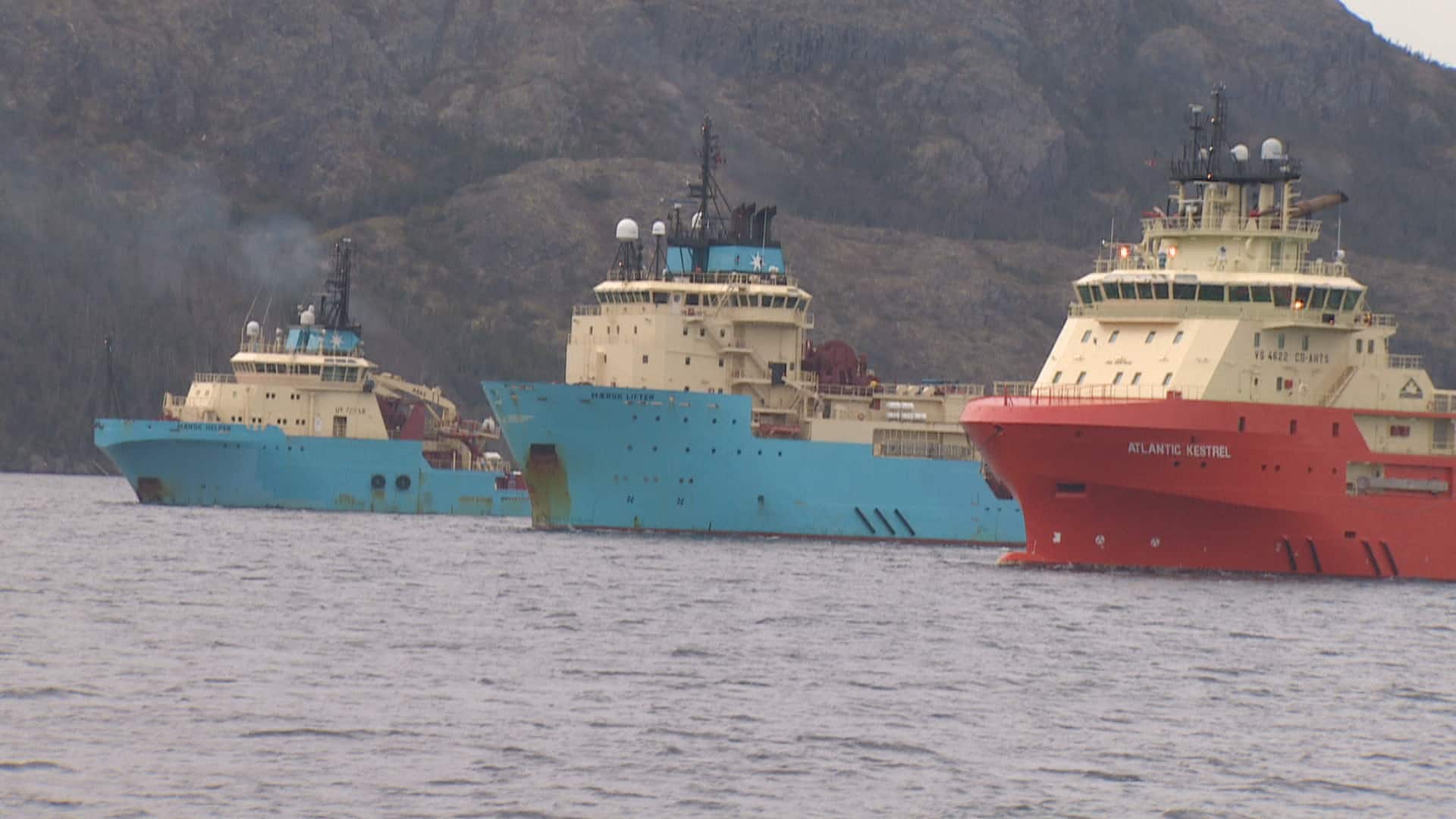 Terry Roberts reports on how the federal and provincial governments have announced a package aimed at maintaining activity at Hibernia 3:00

The two sides have until March 31 to finalize an agreement, with a source in the provincial government saying that “good progress” is being made.

It’s one of several indicators pointing to a possible rebound for the oil industry.

With the global economy slowly rebounding from its pandemic slump, the price of a barrel of Brent crude — the benchmark under which offshore oil is traded — is nearing $70 US per barrel, which is higher than it was in the weeks prior to the arrival of the pandemic.

The people who spoke to CBC News but didn’t want to be named said that higher price, along with a new oil discovery in the Flemish Pass last year, is dramatically improving the economics for Equinor’s Bay du Nord project and kick-starting the stalled West White Rose project.

And there are high hopes for an exploration drilling campaign planned for this spring by Chinese oil company CNOOC Petroleum North America.

Noia’s Charlene Johnson said there are 60 billion reasons to be optimistic about the future, with surveys suggesting that’s how many barrels of oil are up for grabs in just 10 per cent of the offshore that has been explored.

She said that potential, along with a strong determination among many companies to survive the current crisis, is what keeps her motivated.

Johnson said she hopes that a half-dozen exploration campaigns that have received federal environmental approval will begin drilling activities as early as 2022, and possibly lead to more producing oil fields.

Meanwhile, Amanda Young is not waiting around for any recovery. She has her sights set on becoming a nurse — and perhaps a career with a little less unpredictability.

But she knows it won’t be easy.

“Going back to school and trying to support two kids and a house, and we just don’t know how we’re going to do it,” she said. “And … we’re not the only ones. This is just one story of thousands here in the province.”

out of the studio and into the streets – TechCrunch