Two men identified as members of the Proud Boys have been indicted on federal conspiracy and other charges in the U.S. Capitol riot as prosecutors raise the stakes in some of the slew of cases stemming from the Jan. 6 insurrection.

Dominic Pezzola, a former Marine who authorities say was seen on video smashing a Capitol building window with a stolen Capitol Police riot shield, and William Pepe, who authorities said was photographed inside the building, were arrested earlier in the month on federal charges that included illegally entering a restricted building. The two, both from New York state, have now been indicted in Washington on charges that now include conspiracy.

“The object of the conspiracy was to obstruct, influence, impede and interfere with law enforcement officers engaged in their official duties in protecting the U.S. Capitol and its grounds,” the indictment reads, accusing Pezzola, Pepe and unnamed others of leading a group of Proud Boys and others to the Capitol and moving police barricades there.

Pezzola went on to snatch an officer’s shield and use it to break the window, according to the indictment, which was filed in court on Friday.

Pezzola’s lawyer, Michael Scibetta, said on Saturday he was researching the charges but hadn’t yet been able to discuss the indictment with his client, who is being held without bail. A lawyer for Pepe, Shelli Peterson, declined to comment.

Three self-described members of a paramilitary group were charged with conspiracy this month and accused of plotting the attack on the Capitol. But the new charges against Pezzola and Pepe appear to be the first conspiracy cases involving alleged members of the Proud Boys, a far-right group of self-described “Western chauvinists.”

Michael Sherwin, the acting U.S. attorney for Washington, said in a court filing on Friday that Pezzola “showed perseverance, determination and co-ordination in being at the front lines every step along the way before breaking into the Capitol” and that his actions in shattering the window and allowing an initial group of rioters to stream through “cannot be overstated.”

Pezzola was later seen on video inside the Capitol with a cigar, having what he called a “victory smoke,” and boasting that he “knew we could take this” over, Sherwin wrote. He argued the remarks showed Pezzola “invested a significant personal effort to take over the Capitol and that he did so in co-ordination with others.”

An unidentified witness told the FBI that Pezzola was with a group at the Capitol whose members said they would have killed anyone they got hold of, including House Speaker Nancy Pelosi and then-vice-president Mike Pence, according to prosecutors. The witness added that people in the group said they would return on the “20th” and kill everyone they could. The presidential inauguration was Jan. 20.

In a search of Pezzola’s home in Rochester, N.Y., FBI agents found a computer thumb drive with hundreds of files detailing how to make firearms, poisons or explosives, Sherwin wrote in arguing that Pezzola should continue to be held without bail.

LISTEN | A brief history of the Proud Boys:

In the wake of last week’s attack on the U.S. Capitol, the Proud Boys — a group founded by Canadian Gavin McInnes — has been under intense pressure. The FBI is arresting some of its members. NDP Leader Jagmeet Singh has called for the them to be designated a terrorist group, and the federal government is considering it. Today, how the Proud Boys started, and where they ended up, with Jared Holt — a visiting researcher at the Atlantic Council’s Digital Forensic Research Lab who studies domestic extremism 27:33

Pezzola, 43, served six years stateside in the Marines as an infantryman and was discharged in 2005 at the rank of corporal, service records show. His lawyer has said his client is self-employed and a family man.

Pepe, 31, was photographed inside the Capitol and later identified as a Metro-North Railroad train yard labourer who had called in sick to go to Washington for a Jan. 6 protest by supporters of then-president Donald Trump, according to a Jan. 11 criminal court complaint. Pepe, who lives in Beacon in New York’s Hudson Valley, has since been suspended without pay from his job at the New York City-area commuter railroad.

At Trump’s urging, thousands of the protesters streamed to the Capitol. Some then stormed it, temporarily disrupting Congress’s certification of Democratic President Joe Biden’s victory over Trump, a Republican, in the Nov. 3 election. 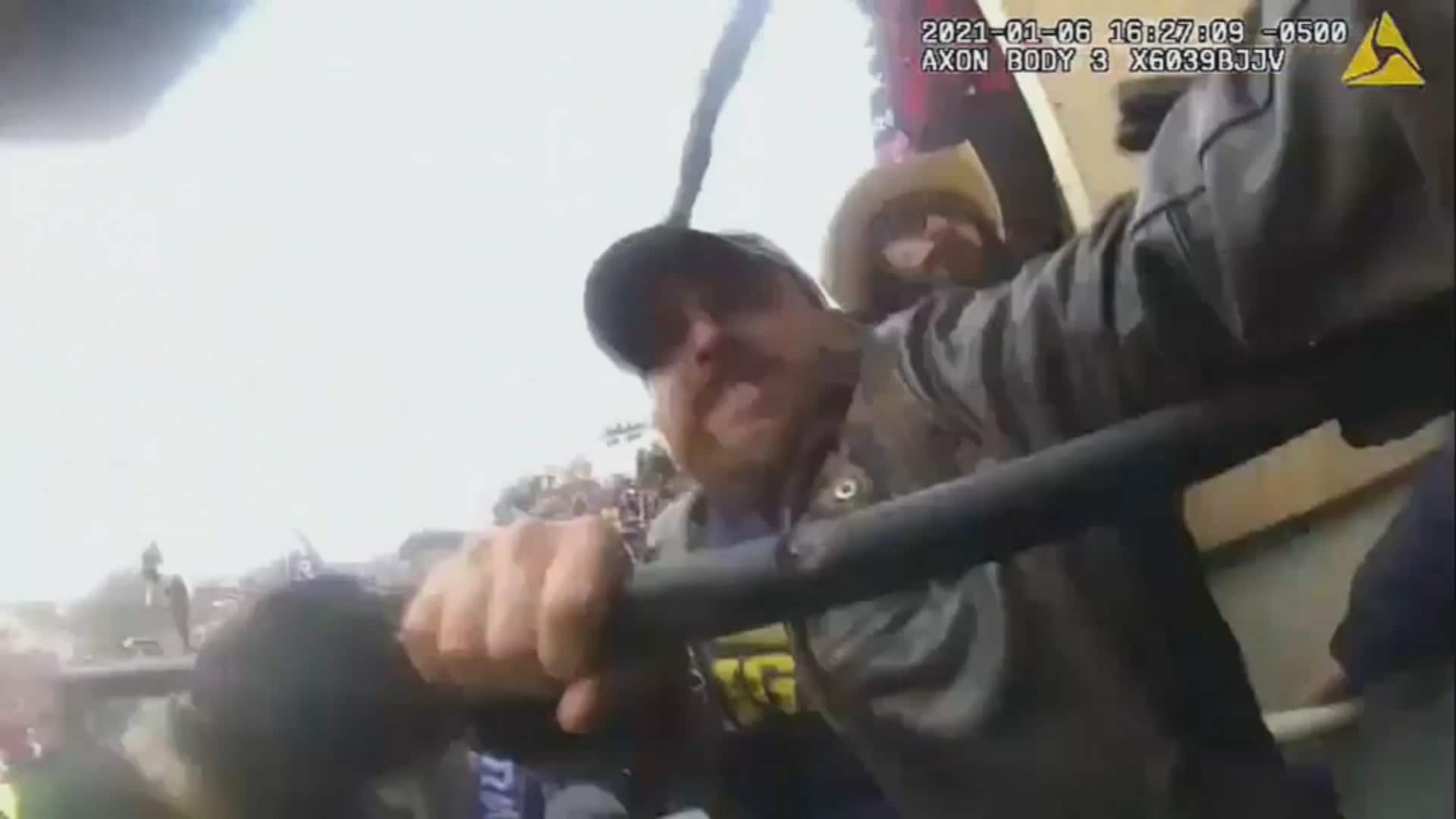 FBI investigators are continuing to look for clues into the deadly assault on Capitol Hill on Jan. 6, including who planted pipe bombs. 2:41

Overall, federal authorities have charged more than 150 people in the Capitol siege.

The Justice Department said both Pepe and Pezzola have gone to Proud Boys gatherings and have tactical vests emblazoned with the group’s logo.

The group is known for violent confrontations with anti-fascists and other ideological opponents at protests. In a notable moment on the campaign trail last year, Trump told the group to “stand back and stand by” when asked at a September debate whether he would condemn white supremacist and militia groups that showed up at some protests last summer.

Shortly before the Capitol riot, the Proud Boys’ leader, Henry “Enrique” Tarrio, was arrested in Washington and ordered to stay out of the city after being accused of vandalizing a Black Lives Matter banner at a historic Black church in December.

Take On Sylvanas In The Chains Of Domination World Of Warcraft...

Self assessment tax return : Fines of £5k to be levied...

Microsoft Previously Tried To Buy Nintendo, “Imagine An Hour Of Somebody...

Best face SPFs for every skin type – from oily complexions...

Coronavirus: What’s happening in Canada and around the world on March...